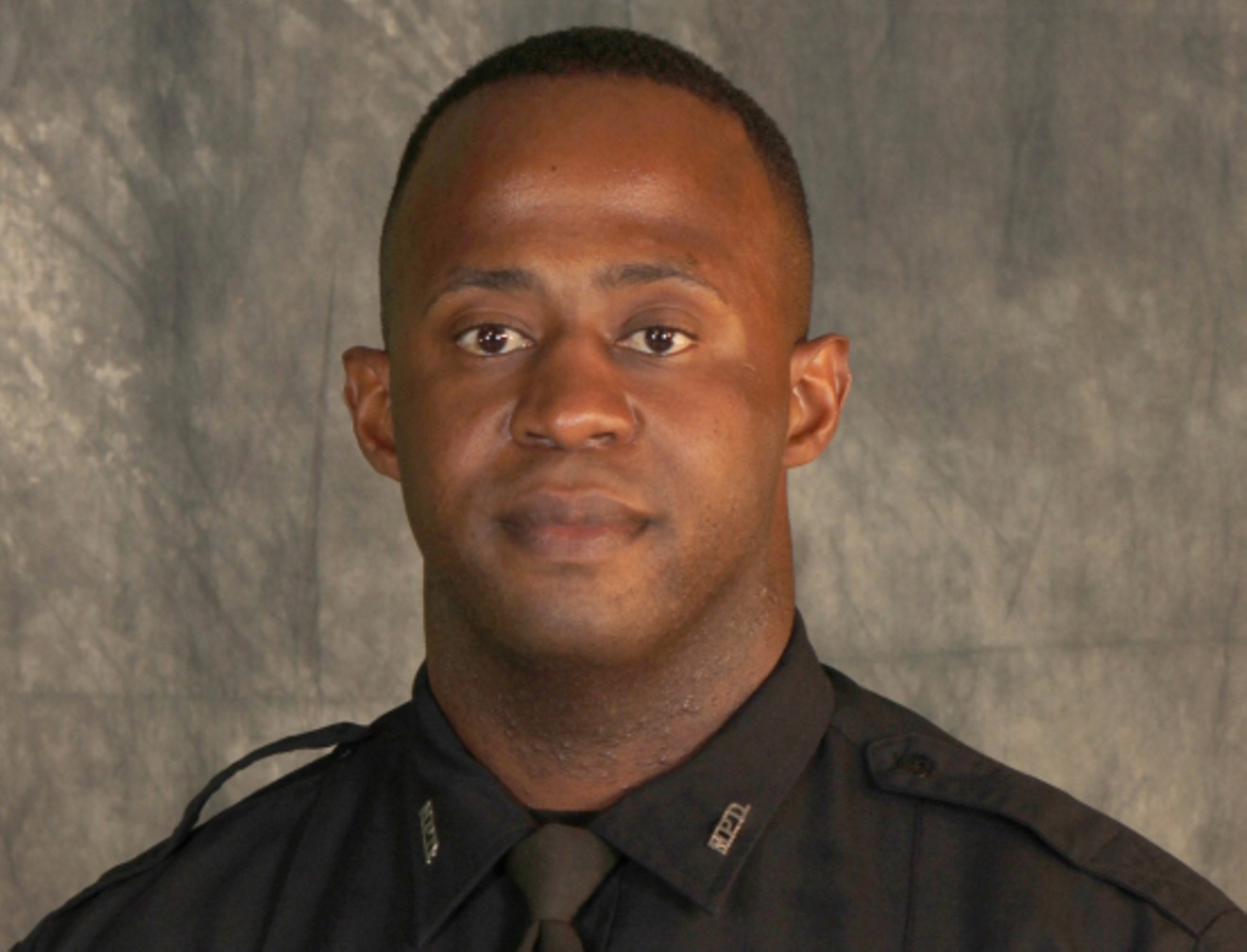 Derick Wiley Mesquite Police
A Dallas County jury found a former Mesquite Police Department officer not guilty Monday in his second trial for aggravated assault after shooting an unarmed man twice in the back in 2017. Derick Wiley's first trial in 2018 ended with a hung jury.

Wiley shot Lyndo Jones after responding to a call about a car alarm going off in a parking lot on Town East Boulevard.

When Wiley arrived, he ordered Jones out of a pickup. Wiley thought Jones was trying to steal it. Jones was actually trying to disable the alarm on his own vehicle. Footage from Wiley's body cam painted a vivid image of what happened.
click to enlarge 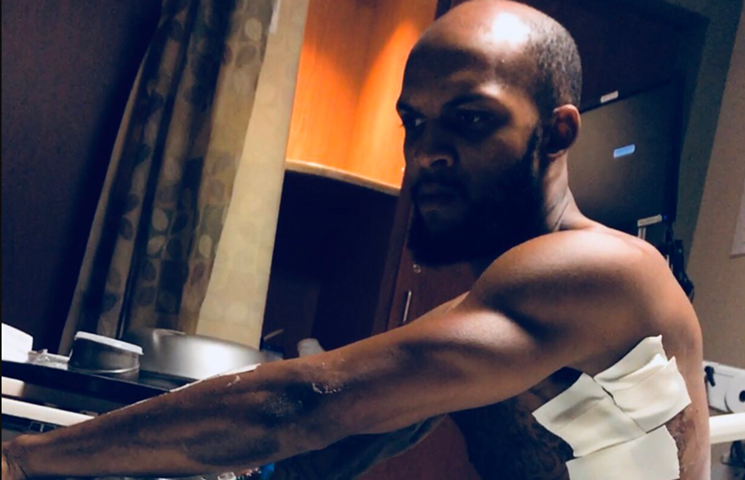 Lyndo Jones recovered in the hospital in November 2017.
Lee Merritt

Jones gets out of the truck, and Wiley orders him to get on the ground.

"Stay on the ground before I fucking shoot you," Wiley orders Jones.

After Jones gets on the ground, Wiley climbs on top of him and starts pulling Jones' hands behind his back. At one point, Wiley's knee appears to be on Jones' knee. That's what made Jones stand up and run away from Wiley, according to Lee Merritt, one of Jones' civil attorneys.

As Jones runs away, Wiley shoots him.

The trial for the cop that shot #LyndoJones in the back because he suspected him of stealing his own car is underway. This video was just released. Lyndo complies to every command until he steps on the back of his neck. Then he stands up and put his hands in the air. He’s shot 2x pic.twitter.com/I2cAGZ0KBQ

Throughout the retrial, Wiley and his defense team argued that the officer only shot Jones because he feared for his life. The video, they said, didn't tell the whole story.

“The miracle is in the detail and the analysis and having to break down 56 seconds of somebody’s life-threatening decision-making process,” defense attorney Rafael Sierra said.

Wiley told the jury he thought Jones was armed when he began to run away.

"I thought I was going to die out there," Wiley said, according to reporters in the courtroom.

Prosecutors claimed that Wiley's aggressive behavior made the shooting inevitable.

“This is a case of a reckless police officer, who from the minute he showed up was hellbent on violence. He committed a crime," Dallas County prosecutor Bryan Mitchell told jurors. "When you commit a crime you get prosecuted.”

Had he been convicted, Wiley would've faced between two and 20 years in prison.
KEEP THE DALLAS OBSERVER FREE... Since we started the Dallas Observer, it has been defined as the free, independent voice of Dallas, and we'd like to keep it that way. With local media under siege, it's more important than ever for us to rally support behind funding our local journalism. You can help by participating in our "I Support" program, allowing us to keep offering readers access to our incisive coverage of local news, food and culture with no paywalls.
Make a one-time donation today for as little as $1.