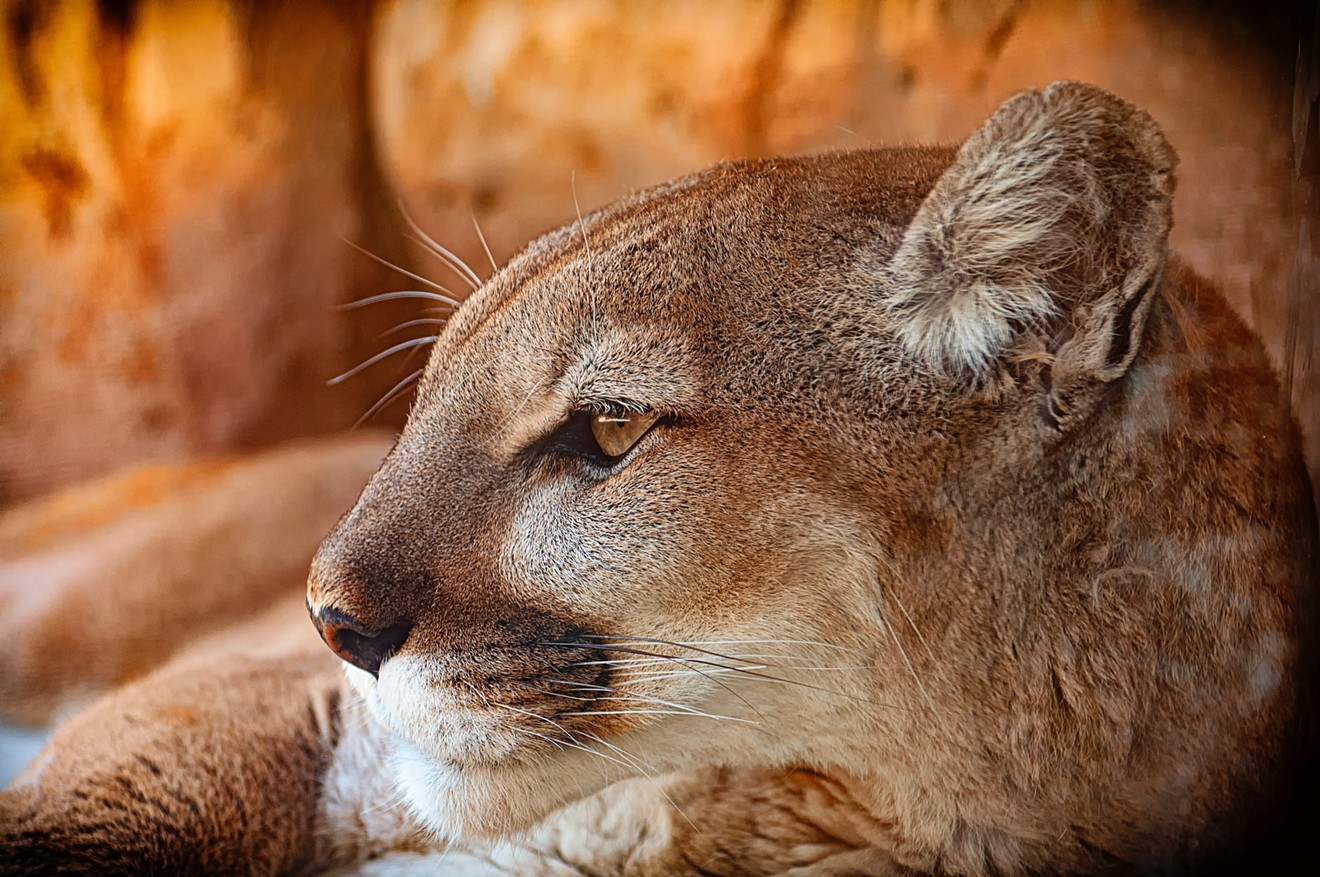 Poor kitty. Photo by Robert Thiemann on Unsplash
In recent weeks, news of a mountain lion roaming around Dallas County has captivated North Texas residents. Now, the state’s wildlife department is reporting that the big cat has been killed.

A deer hunter “legally harvested” the cougar, which may also have been the one spotted in Rowlett in late November and near Princeton earlier this month, said Stephanie Garcia, spokeswoman for the Texas Parks and Wildlife Department. Slain in Hunt County, the animal was an adult male and weighed around 160 pounds.

Although mountain lions are a rare spectacle in northeast Texas, they’re common in parts of the state’s southern and western regions, Garcia said in an email. There hadn’t been a confirmed cougar spotting in northeast Texas since 2018, when one was seen in Grayson County near the Oklahoma border. Prior to that, there had been no confirmed sightings in the area.

Earlier this month, Tarrant County's medical examiner reported in a preliminary finding that a 28-year-old man’s death could have been caused by a mountain lion, but the state’s wildlife department disagreed. Even still, some took to social media to threaten violence against big cats.

R.I.P. North Texas cougar, we hardly knew ye.
KEEP THE DALLAS OBSERVER FREE... Since we started the Dallas Observer, it has been defined as the free, independent voice of Dallas, and we'd like to keep it that way. With local media under siege, it's more important than ever for us to rally support behind funding our local journalism. You can help by participating in our "I Support" program, allowing us to keep offering readers access to our incisive coverage of local news, food and culture with no paywalls.
Make a one-time donation today for as little as $1.