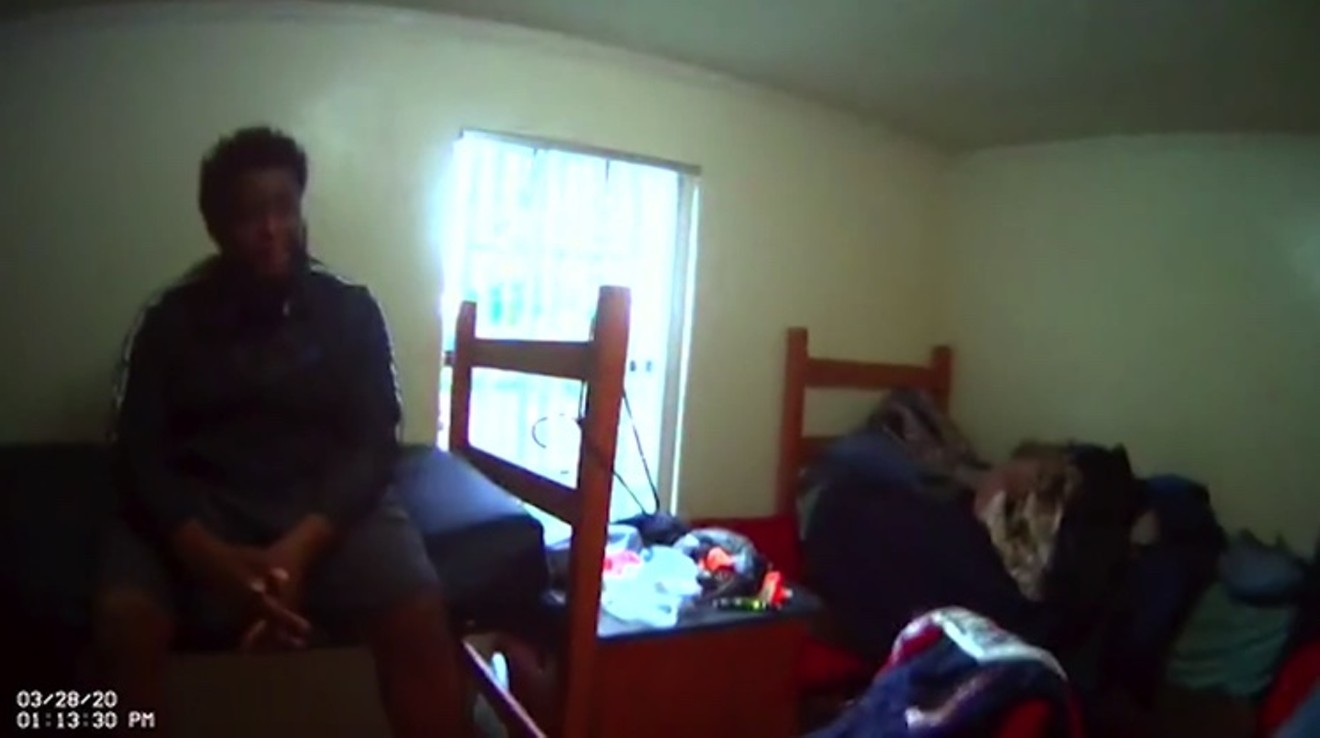 Navarro County District Attorney William Thompson sought the trial date for early January 2022. Meanwhile, the FBI's civil rights division has started looking into the incident. The bureau has interviewed Police about his arrest. (The cop never found marijuana on Police or in his dorm.)

Last March, Police, then a student at the school, was interrogated and had his dorm room searched for drugs by Officer David Arnett. Police and his friend were smoking a Black n’ Mild cigar near their dorm when Arnett rolled up and began to search both students for drugs.

Body camera footage from the interaction shows Police’s friend questioning why he and Police, who are both Black, were being stopped and searched. “I see white people walking over here all the time smoking cigarettes,” Bell said in protest.

Arnett kept on searching both Bell and Police before entering Police’s dorm room and conducting an exhaustive sweep without Police’s consent. Arnett only turned up rolling papers and small plastic tube in Michael Police’s pocket that Arnett claimed smelled like weed.

Police explained that the tube had come from a CBD cigarette, which are available for purchase in gas stations and convenience stores across Texas.

“I’ve just never seen anything like this in my 10 years of practicing law,” said Ray Hindieh, former Dallas County prosecutor and Michael Police’s defense attorney. Hindieh said he was shocked by DA Thompson’s choice to pursue charges against Police, who maintains that Arnett racially profiled him and his friend.

"I've just never seen anything like this in my 10 years of practicing law." - Ray Hindieh, attorney

Keith Johnson, a former Dallas police officer who was serving on Navarro College’s police force at the Waxahachie campus at the time, heard about the case from a fellow Navarro cop, who declined to comment for this story.

“He transferred to the Waxahachie campus from Corsicana because he was unhappy about what was going on down there,” Johnson said of the other officer. “And he directed me to this one specific arrest report.” Johnson was so disturbed by Arnett’s actions and the county’s decision to pursue charges against Michael Police that he quit the force in protest later that year.

“This represents a problem for Navarro County, since they seem to be still vehemently prosecuting Michael Police for this ridiculous allegation at the same time, where the federal government may possibly be interested in this from the opposite angle from civil rights violations,” Hindieh said.

Six months after the incident, Officer Arnett was promoted to the rank of lieutenant by Navarro College police Chief Hank Bailey.

“My client will now have to fly out from Florida so we can try to just dispose of this case,” Hindieh said. “It’s absurd that it’s reached this point.
KEEP THE DALLAS OBSERVER FREE... Since we started the Dallas Observer, it has been defined as the free, independent voice of Dallas, and we'd like to keep it that way. With local media under siege, it's more important than ever for us to rally support behind funding our local journalism. You can help by participating in our "I Support" program, allowing us to keep offering readers access to our incisive coverage of local news, food and culture with no paywalls.
Make a one-time donation today for as little as $1.