Beto O'Rourke Playing "Blitzkrieg Bop" in a Sheep Mask: What More Could You Want? 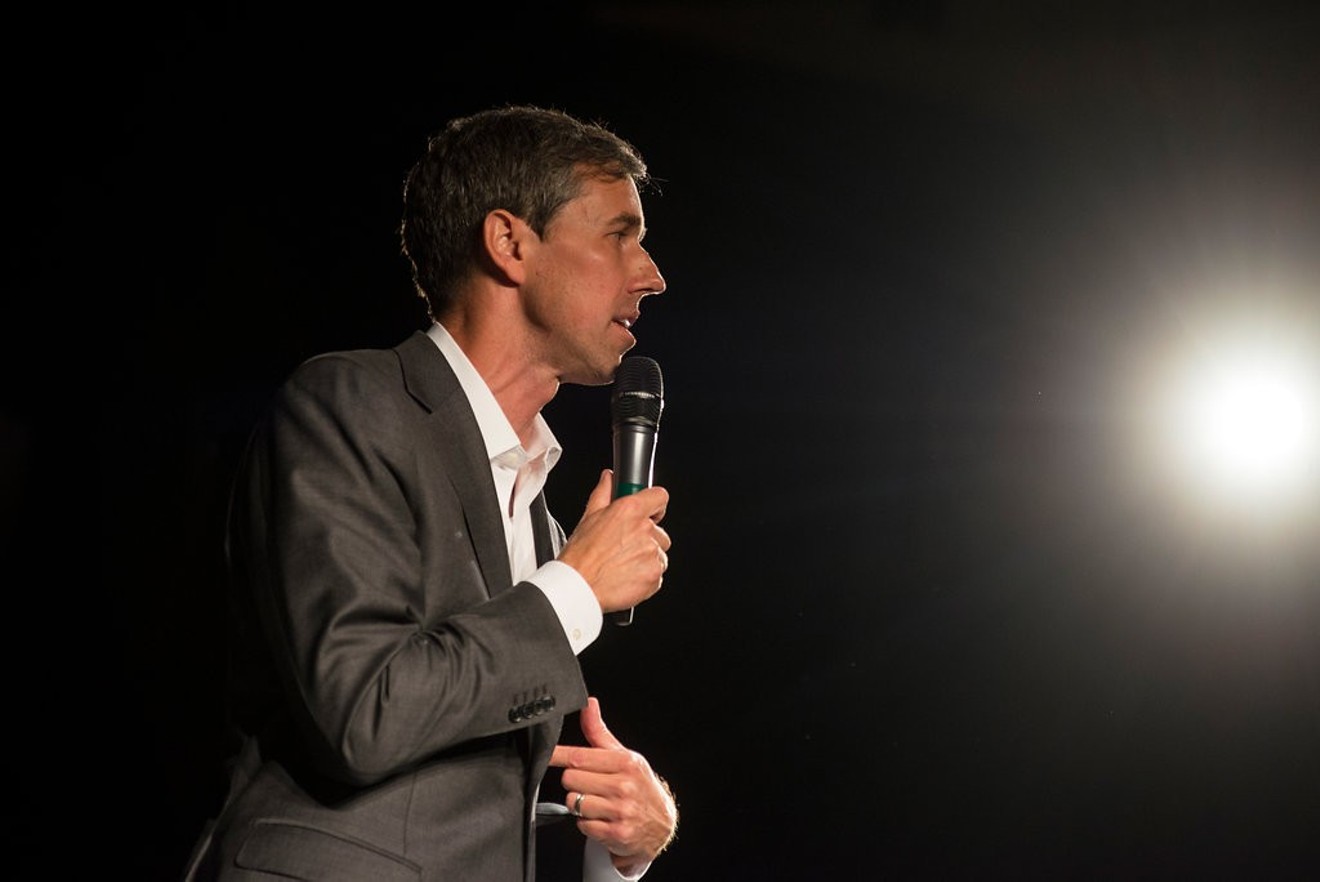 Beto O'Rourke with a different mic. Brian Maschino
Some things are made for each other: peanut butter and jelly, beef tallow and fried potatoes, Jerry Jones and television cameras. Similarly, some moments are just made for Twitter, scratching the social network right where it itches.

Wednesday afternoon, one of those moments fell from the sky, or was at least posted to Mother Jones' website, when the magazine revealed that it had discovered footage of former U.S. representative and current emo travel blogger Beto O'Rourke playing in an El Paso punk cover band called The Sheeps during the early '00s.

While this would've been news in itself, especially to the O'Rourke obsessives who dot social media, the footage is significantly better than the above description makes it sound. It isn't just O'Rourke playing in a punk cover band, it's O'Rourke playing in a punk cover band while wearing a sheep mask and a onesie.  That's O'Rourke one band member from the right, playing rhythm guitar and providing some vocals for "Blitzkrieg Bop." The band's bassist Ailbhe Cormack told Mother Jones the performance was basically a joke. They told audiences they were from New Zealand — bad Kiwi accents and all — and so famous that they had to perform in disguise.

At a later performance, O'Rourke — who played with future members of At the Drive-In in a band called Foss during his youth — and the rest of the band play with paper bags over their heads because, according to Cormack, one member forgot his or her mask. Twitter's reaction to the whole thing was fast and furious, with sentiment about the new video seemingly split between those who weirded out and those who thought it made O'Rourke look like one cool dude.

Beto O'Rourke, I wouldn't vote for him, but I think I'd like to hang out with him. We could totally Gen X out about how Boomers suck.https://t.co/EZr8tvv1BN

Beto O'Rourke is a furry: https://t.co/gjXUi2gnNm

Matt Drudge, gatekeeper of all things conservative and inflammatory on the internet, made sure his 1.4 million followers saw O'Rourke in sheep's clothing.

Some, and the Observer counts itself in this group, were just happy not to be talking about those Kentucky Catholic school kids.

Today is the day we can finally stop talking about the Covington kids and all make "Blitzkrieg baaaaaaaaaaaaaaaahp" jokeshttps://t.co/oBzsJRHIMh

Finally, at least one person thought there was a chance that Wednesday was the day O'Rourke locked himself in as the next president.

If two years from now we find ourselves in the waxing weeks of the O'Rourke Administration I'll know who I'm holding responsible: @timothypmurphy.https://t.co/UUJvmPiAff