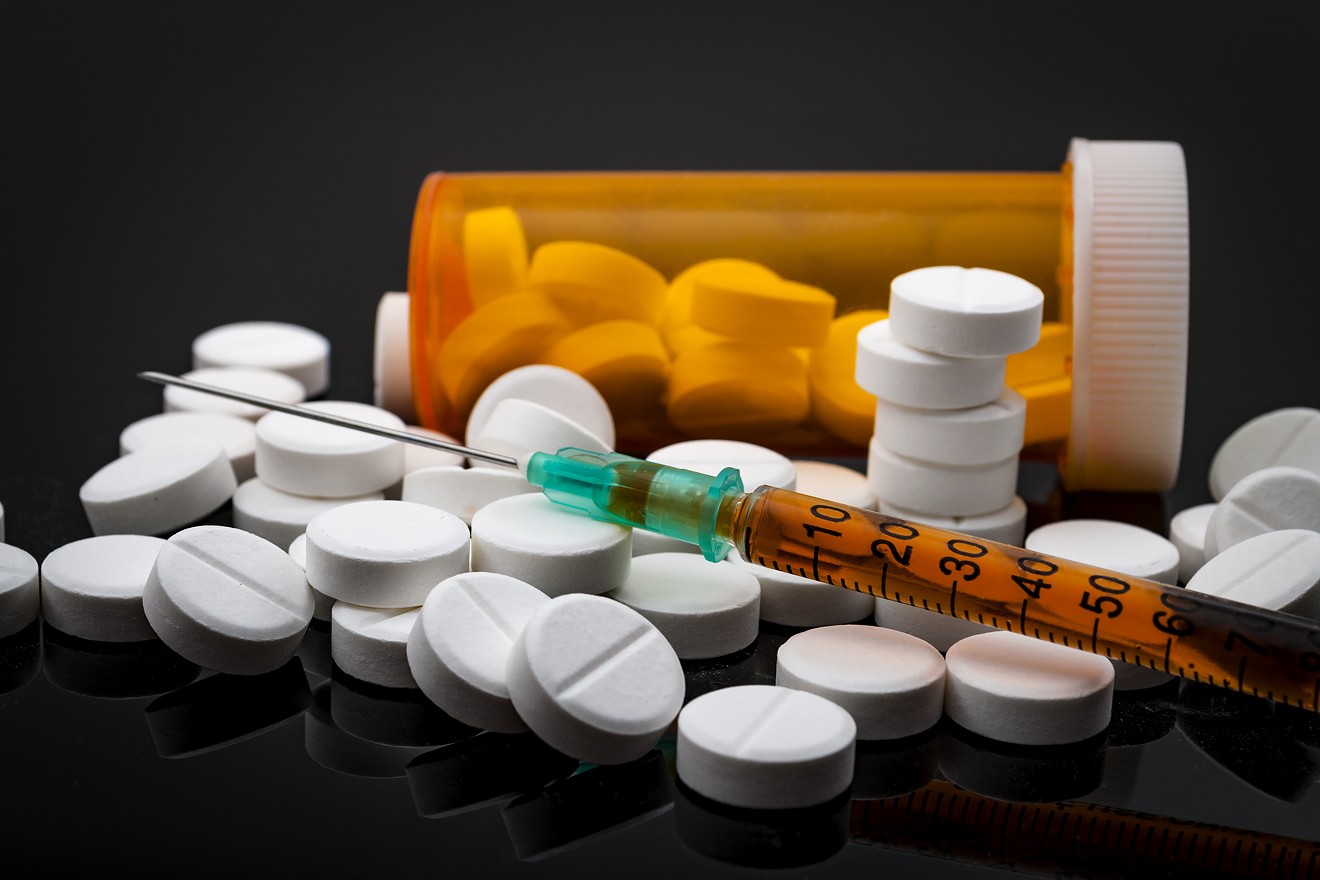 Drug overdoses have continued to grow in recent years. shutterstock
The number of drug overdose deaths in Texas surged in 2021, according to preliminary data published Wednesday by the Centers for Disease Control and Prevention (CDC).

The CDC expects the number, in fact, to grow due to a delay in reporting and other classification issues: In Texas, the total predicted number of drug overdose deaths for 2021 is expected to hit 5,033, a 19.8% increase when compared with the prior year.

Around the United States, the total number of lethal drug overdoses nearly topped 107,000, marking a 14.9% spike and breaking previous records. (For comparison, COVID-19 killed around 415,000 people nationwide in 2021.)

The number of people around the country who died due to synthetic opioids like fentanyl swelled from around 58,000 to 71,000, and the number of those who died from using stimulants like methamphetamine grew from 25,000 to 33,000, as reported by The New York Times.


In recent years, fentanyl has turned into the deadliest drug on the streets, become the No. 1 cause of death for Americans between 18 and 45 years old. Last year, Gov. Greg Abbott signed a law that increases penalties for manufacturing or distributing fentanyl, the Texas Tribune reported.

“It is unacceptable that we are losing a life to overdose every five minutes around the clock,” Rahul Gupta, director of the Office of National Drug Control Policy, said last week.

Earlier this week, the Drug Enforcement Administration announced the first Fentanyl Awareness Day. In Dallas, DEA Special Agent in Charge Eduardo A. Chávez described fentanyl as "the deadliest drug our country has ever seen."

"Nobody has experienced that devastation more than the citizens of North Texas and Oklahoma," he said. "Many of those lives lost were people who never knew that a drug trafficker mixed fentanyl into cocaine, heroin or methamphetamine."

In a press release earlier this week, Dallas Police Chief Eddie Garcia said his department is "doing all we can to keep dangerous substances off our streets."

"The Dallas Police Department is committed to working with our partners, not only to stop the supply, but also educate to prevent overdoses and deaths," Garcia added.
KEEP THE DALLAS OBSERVER FREE... Since we started the Dallas Observer, it has been defined as the free, independent voice of Dallas, and we'd like to keep it that way. With local media under siege, it's more important than ever for us to rally support behind funding our local journalism. You can help by participating in our "I Support" program, allowing us to keep offering readers access to our incisive coverage of local news, food and culture with no paywalls.
Make a one-time donation today for as little as $1.