In Dallas Today, Young Leaders Are Grown-ups, Old Ones Say "Not My Job." 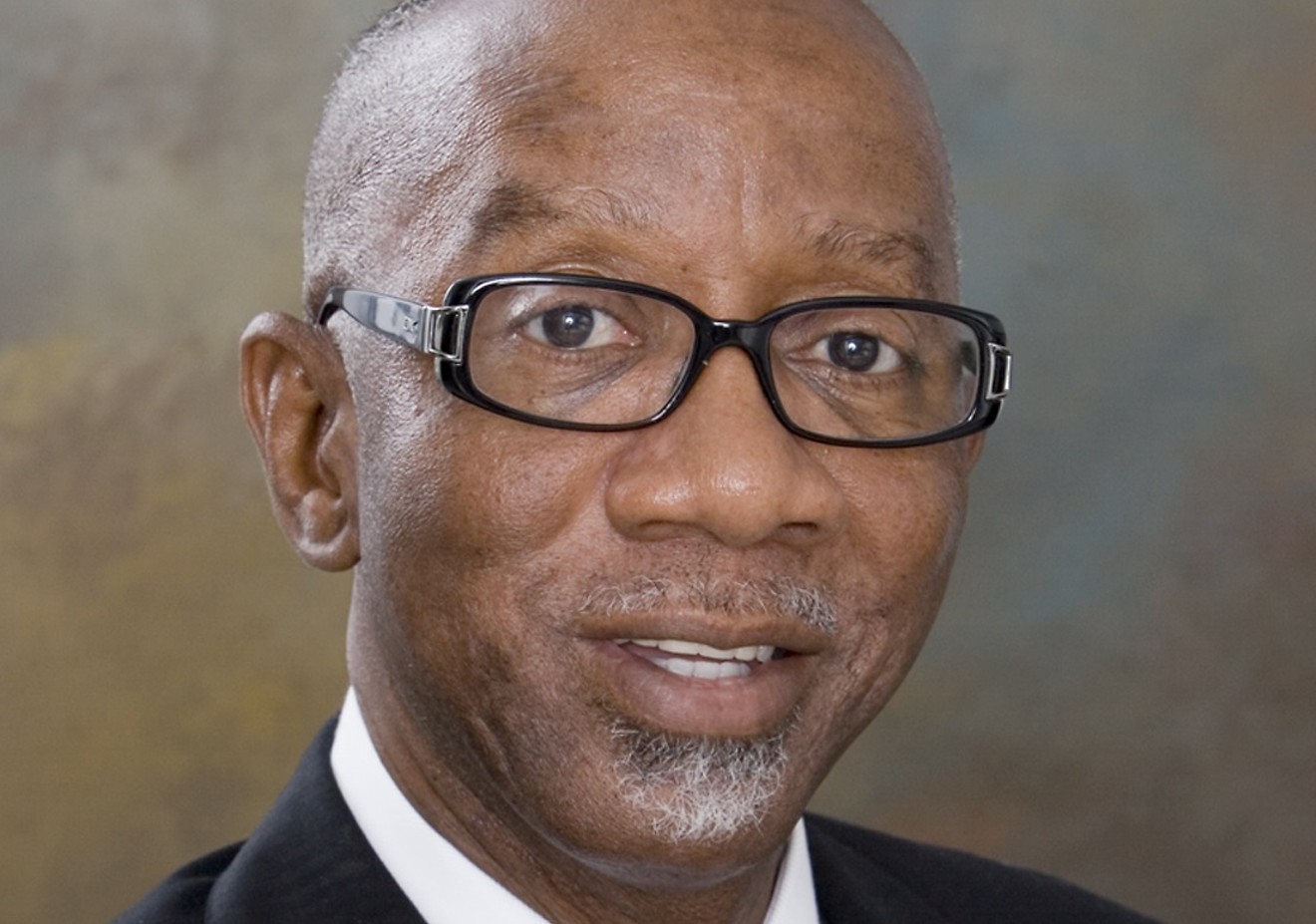 “I’m trying to figure out why we have to help them come up with a solution for their problem,” Christian said.

Their problem? If Dallas can’t find a way to fix the pension fund without alienating and running off all the cops and firefighters in town, then Dallas won’t have any cops or firefighters. That’s not really a THEIR-type problem. It’s much more of an OUR-type problem. No cops, no firefighters, eventually no people. No city.

I would say something about DART trains and buses running empty through the dystopian void, but I think that might be DART’s dream. DART has always been more into construction contracting than the bothersome transporting of actual human beings as passengers.

This is about Dallas City Council members Scott Griggs and Philip Kinguston, who think the city should withhold one-eighth of the $260 million in sales tax revenue it gives to DART every year for mass transit and use that money instead to return the pension fund to solvency.

The full DART board voted unanimously Tuesday night in support of a formal NOT MY JOB resolution. It said, among other things: “DART’s current level of sales tax collection … should be respected and maintained.”

And maybe it’s not their job. But, OK, whose job is it to fix the fund and keep the cops and firemen on board? Mayor Mike Rawlings and his cadre on the City Council are pushing a plan in the state Legislature that would absolutely run off every good cop and firefighter in the city. And notice I said “good.”

A big problem with first responders is that all of the wrong kind of people think they should do it. The wrong ones are lined up around the block. It’s finding the right ones that’s the trick.

Former Dallas Police Chief David Kunkle explained that to me once. He said you have to find men and women who are up to the action, but the last one you want is the guy who is there for the action. You don’t want the cowboy. He’s the problem. The one you want is the man or woman with a servant’s heart, willing to step in front of a bullet or walk into a blaze because he or she is endowed with courage and a selfless desire to protect others.

If you have people like that — and Dallas has legions of them in both the police and fire departments — you cannot treat them badly. First of all, why would you want to? In the second place, they’re not stupid. They know they make sacrifices for the city every day. They’re not going to keep doing it if the city demonstrates it will not make sacrifices in return. The cowboy might do it, because he’s an idiot, but a serious police or fire officer will not.

The plan being pushed in the Legislature by the mayor and his cadre on the council has a hidden poison pill in it that will require the pension fund to garnish the pension payments of retirees in order to return the fund to solvency. The fund will never do that, because it’s immoral.

But the law pushed by the mayor also has a pull-the-plug provision. If the pension fund fails to fix its solvency problem by doing a claw-back on retirees, the city is explicitly allowed by the proposed law to stop contributing its own annual share of the money needed to fix the fund. At that point the fund dies.

Somebody thinks this is smart. The existing fund is of a type called “defined benefit.” You get a certain guaranteed benefit no matter how well or poorly the fund does with its own investment strategy. In recent years there has been a lot of political activism around switching public pensions to a “defined contribution” basis. You have to make a certain contribution, but your benefit is not guaranteed. If the fund loses money, so do you.

The concept in the proposed law seems to be that the city just kisses off the older retirees who are dependent on the old defined benefit fund, lets that fund die and then creates a new defined contribution fund for new recruits.

The tie between the city and its first responders is a moral bond long before it’s financial. Does anybody really think young cops and firefighters — the kind we need to recruit — are going to come to work for a city they see screwing over all the uniforms who have already devoted their lives to the city? Explain that moral math to me.

In the end, the law under consideration in Austin right now is the ultimate expression of Not My Job. I don’t want Jerry Christian to worry about his prize already, but there are some people in this deal who are the real kings of Not My Job.

The old leadership of the city — the mayor and the private business group called the Dallas Citizens Council — are the ultimate not-my-jobbers. They don’t want their own taxes raised. They want the city’s borrowing capacity preserved for their own tax incentives. And they don’t want a nickel taken away from DART, which they regard as an important suburban real estate development tool. What happens to the police and fire departments? Not their job.

That’s all depressing as hell if you assume that people like the mayor and the Citizens Council are supposed to be our grown-ups, the parents of the city. But they’re not. The city does have parents, excellent ones who believe it is absolutely their job and their calling to look out for the city’s true greater good. But spotting them is a little tricky sometimes, because they’re not the old guys you would assume them to be.

A group called "for our community" has raised over $185,000 for an attack ad campaign to persuade voters in City Council District 14 in East Dallas to toss their council member, Philip Kingston, out of office.
for our community
Kingston and Griggs are part of a growing wing of leadership in the city that can fairly be described as the city’s new young grown-ups. A great example of their role is the idea they have presented for using sales tax revenue to save the pension fund.

It’s not something they think is fun or cool, certainly not ideal. But it’s the grown-up thing to do. If screwing over the cops and firemen is penny wise, it, is certainly pound foolish. Taking money away from DART, on the other hand, will hurt, no question. In an ideal world the city would give DART more money and then find a way to make DART spend the money actually giving people rides. But this is not an ideal world or an ideal moment. It’s a moment that calls for hard, painful, grownup decisions.

On the other side of the dial, political consultant and trickster Mary Woodlief is carrying out a lavishly funded election campaign against Kingston, paid for by many of the mayor’s own top check-writers. Woodlief’s last political mission in service of the city was stating repeatedly last year that her client, former District Attorney Susan Hawk, was relaxing at the beach when in fact Hawk was relaxing in a mental institution.

Mayor Rawlings also has taken up the cudgel to defeat Kingston, endorsing his opponent Matt Wood, a political novice: “With all the abuse that I get from Mr. Kingston and the obstructionism that he demonstrates on a weekly basis,” Rawlings told The Dallas Morning News, “and as good of a guy as Matt is, it’s tough not to root for him.”

Woodlief’s attack ads against Kingston call him “negative, disruptive and ineffective at City Hall.” But in terms of citywide issues, no one on the council has been remotely as effective as Kingston, Griggs or their allies. Kingston single-handedly forced open the Fair Park privatization process, for example, which Rawlings had been trying to ram through as a straight-up giveaway to his friend, Walt Humann. Together, the new young grown-ups are the only reason the mayor and his allies haven’t already rammed an unneeded $2 billion unfunded toll road down the Trinity River floodway.

For things like that, the old guard truly hates them. Talk about negative and disruptive. Last year they tried to ruin Griggs’ life and career as a lawyer by bringing trumped-up felony charges against him, allegedly for assaulting a female city employee. The only way the poor woman could get the mayor’s henchmen to stop hounding her to sign a complaint against Griggs was by signing the opposite, a sworn statement saying nothing had happened.

The real picture — the truth about the pension fund and the DART money, the truth about the Trinity toll road, Fair Park, low income housing and the mayor’s campaign against Kingston — is that Kingston, Griggs and their growing group of young leaders are the new grown-ups in town, and that hugely pisses off the old ones.