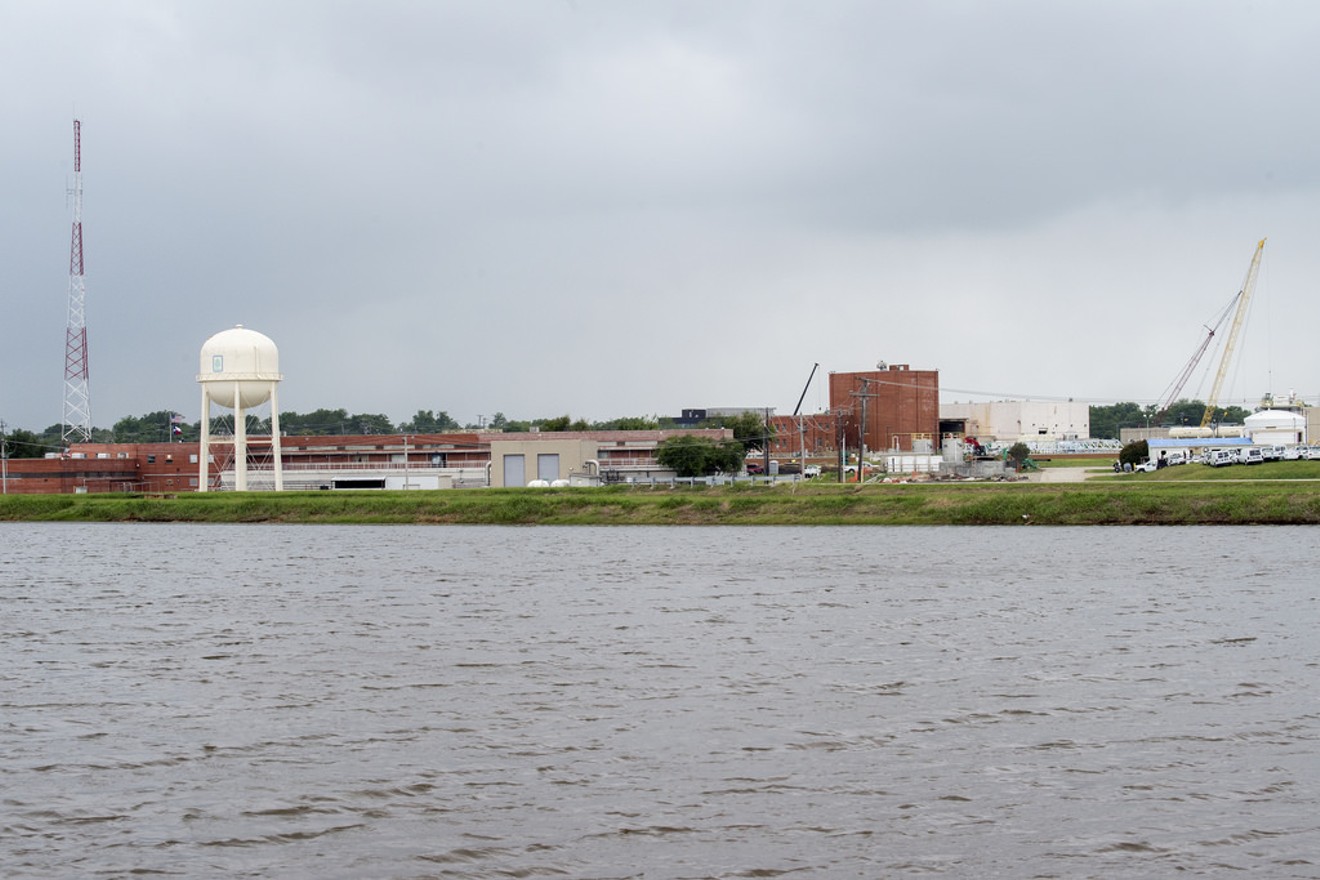 Late Wednesday afternoon, the water district posted a report from Kilgore's Ana-Lab Corp. on its website that it says confirms the safety of Plano's tap water. The district is in the midst of a cleaning process that causes the water to taste and more strongly of chlorine than it normally does.

According to information from the EPA in a fact sheet from the state of Oklahoma, a population of 10,000 that drinks two liters of water with 100 parts per billion of trihalomethanes would likely see an increase of three cancer cases over a 70-year period.

"The amount of chlorine in the water during this period is consistent with normal year-round operations," the water district said Wednesday. "The only change during this maintenance period has been the discontinuation of ammonia while maintaining all other treatment processes and testing. The odor is more noticeable due to the lack of ammonia."
click to enlarge


Typically, the water Plano residents drink is disinfected with ozone, chlorine and ammonia. The latter two chemicals combine to form chloramines. For about a month each year, however, the water district takes out the ammonia to allow the chlorine to better clean the biofilms (scum) out of North Texas' water supply.

Brockovich got involved last week after Plano residents contacted her about how their water tasted and smelled. She's accused the city of minimizing the risk of the chlorine treatment, which she calls a "chlorine burnout." The treatment period ends March 26, but she said Tuesday she's visiting the city April 5 and bringing her water expert along with her.

"Since we can’t get the truth out of those in charge... and they refuse to take responsible actions to prevent this in the future... I am coming to Plano," Brockovich wrote on Facebook. "I am making arrangements today to be there Thursday, April 5th to give the community the truthful answers they deserve. I’ll be bringing my water guy Bob... a 35 year, highest level certified, water treatment operator along with me to put this technical stuff into terms we can all understand."