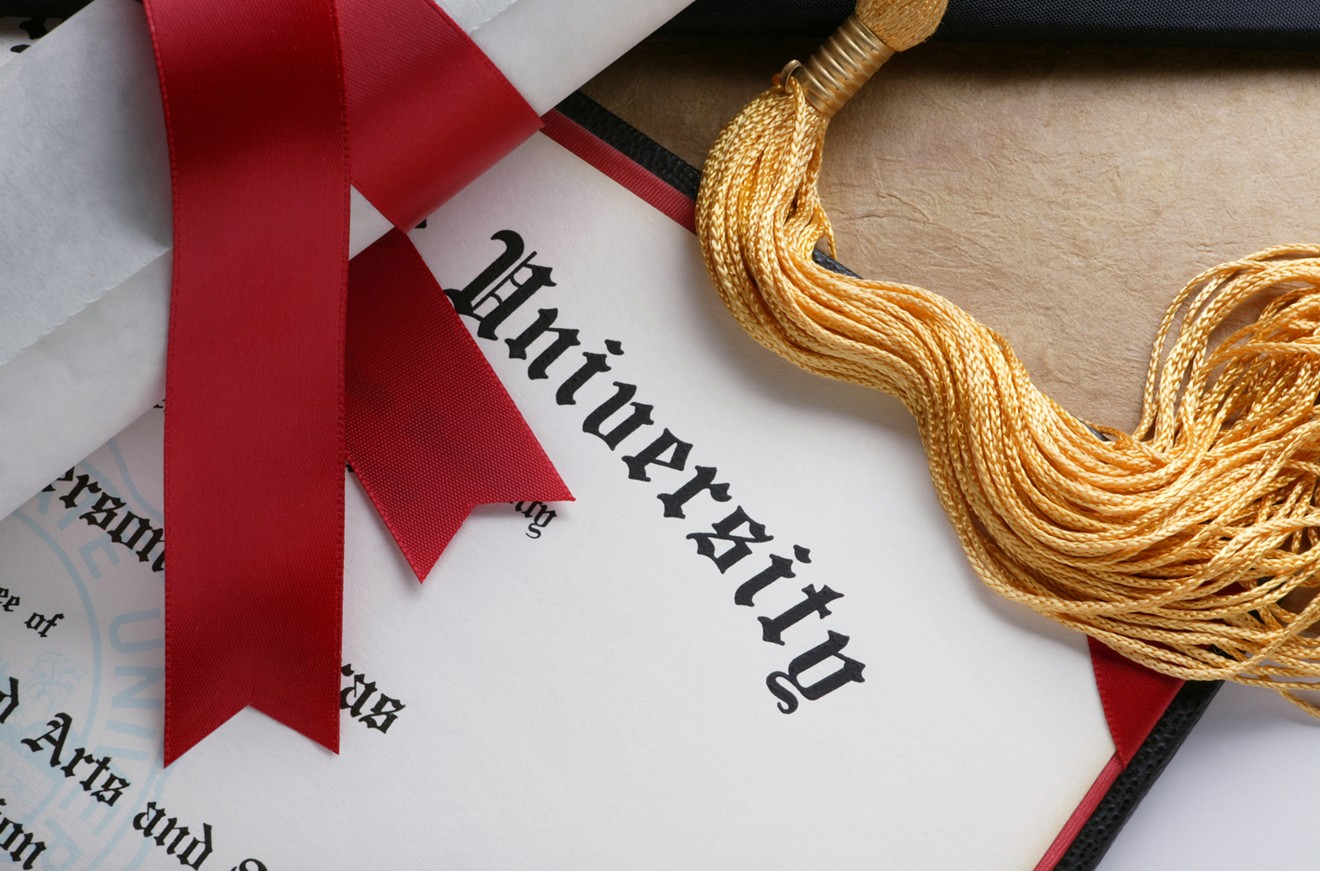 Texas colleges and universities are moving toward a new model of remedial classes that experts say can help underprepared students get up to speed without derailing their academic careers. Getty Images
Two years ago, when Texas lawmakers reworked the way the state's colleges and universities handle remedial courses, they hoped to find a solution that would help students who weren't college-ready get up to speed in a way that wouldn't derail their academic careers.

One year after the new model went into effect, higher education officials say they're seeing early signs of success.

This year, Texas colleges and universities are required to place at least half their remedial students in a new, co-requisite style of remedial courses. It's part of a larger effort to move the state away from a style of courses that experts say can slow students down and, ultimately, prevent them from graduating.

Under the new model, students take the same placement exam. Those students who don't pass the assessment are placed in freshman-level classes along with their peers, but they're also required to take an extra remedial class alongside those courses. Often, those courses look like a lab section that students take with a larger lecture course.

In Texas, that shift is already beginning to pay dividends, said Suzanne Morales-Vale, director of developmental and adult education for the Texas Higher Education Coordinating Board. Historically, prerequisite-model remedial courses have been a stumbling block for Texas college students, Morales-Vale said. In the years before the new model was implemented, about two-thirds of students who successfully completed remedial courses dropped out before they moved on to college-level courses. Only about 5% of students who were required to take three or more remedial math classes would ever enroll in a credit-bearing math class, she said.

There is a wide range of reasons those students wash out, she said. Many of them never saw themselves as college material in the first place, she said, and many of them see their placement in remedial courses as confirmation of those feelings.

The other issue is money, she said. Students in remedial classes incur all the same costs associated with being in college-level courses, but they don't get credit toward their degrees if they pass them. Even at the community college level, where the courses themselves cost less than they would at a four-year university, students have to pay rent and bills, and many of them have to pay for childcare, she said.

During the fall 2018 semester, the first after the new model went into effect, the state saw 10,000 more students pass their first college-level course than during the fall 2017 semester, Morales-Vale said. Higher education officials think much of that uptick is due to the change in remedial courses, she said.

Remedial courses are especially important at the community college level. Unlike four-year schools, which have academic admissions requirements, community colleges have open enrollment policies, meaning anyone can enroll in courses, whether they're prepared for college or not.

About 60% of the state's community college students are underprepared in some area when they enroll, according to the coordinating board, compared with about 18% at four-year colleges and universities. Many of those underprepared students are older adults who need to brush up in some areas after being out of school for years. Others are recent high school graduates who simply don't have the skills they need to succeed in college.

When students have to take two or three semesters of remedial classes before they're allowed to enroll in credit-bearing courses, it adds to the time it takes, and therefore the money it costs, to graduate.

For years, higher education officials and experts have pointed to prerequisite remedial classes as a key reason some students drop out of school before they graduate. Often, those courses can create a detour on the path to a degree, adding semesters or years to the time it takes students to finish.

The change is a part of House Bill 2223, which Gov. Greg Abbott signed into law in 2017. Under the law, colleges and universities were required to have at least 25% of their remedial students enrolled in a co-requisite course by the 2018-19 academic year. That threshold climbs to 50% this year and 75% next year. Last year, about 70% of the state's schools either met or exceeded that goal, Morales-Vale said, and a few have adopted the co-requisite model for all of their remedial courses.

For college instructors, the transition took a great deal of planning and training, said Rebekah Rios-Harris, an English instructor at Cedar Valley College. Rios-Harris went through training sessions in Austin and in the Dallas area and met with other faculty members to make sure everyone understood what was happening, she said.

A key advantage to the new model is that students get the support they need exactly when they need it, said Rios-Harris, who teaches a freshman-level English course alongside which some students take a supplemental remedial course.

Students in the college's remedial English courses get extra support and help with coursework, Rios-Harris said. When she assigns students an essay during the regular class, teachers in the remedial session work with them on things like how to write an introduction, what goes into a thesis statement and how to structure the essay.

When students take a remedial course one semester but wait until the following semester to take the college-level course, it can leave too much time between the two classes, she said. That's especially true for students who take remedial courses during the spring semester, then wait until the fall semester to take the college-level course. Presenting the two courses alongside each other helps students retain information from the remedial class, she said.

"It's giving them less time to forget," she said.

Another advantage is continuity, she said. Under the co-requisite model, students typically have the same teacher for both the college-level class and the remedial workshop. When that isn't possible because of scheduling conflicts, the courses are taught by two teachers working closely together. That ensures that the teaching styles and the materials students cover are consistent between the two classes, she said.

Jerel Booker, the coordinating board's assistant commissioner for college readiness, said helping students avoid getting bogged down in remedial courses is a big part of the state's college completion efforts.

When students have to take two or three semesters of remedial classes before they're allowed to enroll in credit-bearing courses, it adds to the time it takes, and therefore the money it costs, to graduate. Reducing the time to degree completion helps students reduce their college debt, Booker said, and it helps students avoid dropping out of college with debt but no degree.

"This is a major part of moving that step forward," he said.
KEEP THE DALLAS OBSERVER FREE... Since we started the Dallas Observer, it has been defined as the free, independent voice of Dallas, and we'd like to keep it that way. With local media under siege, it's more important than ever for us to rally support behind funding our local journalism. You can help by participating in our "I Support" program, allowing us to keep offering readers access to our incisive coverage of local news, food and culture with no paywalls.
Make a one-time donation today for as little as $1.