The Bobby Abtahi-Robert Wilonsky Way of Screwing Things Up Good Robert Wilonsky advances an idea for Samuell Farm: Give it to this guy he knows. Jim Schutze
Let me just give you a quick current example of how we get screwed up in this town. This Tuesday, DART, the regional transit agency, had to eat crow and go back to the drawing board on a new $1.25 billion rail line through North Dallas after both City Council members from the affected region told DART’s top executive that people in their part of town hate his plan.

I’m not here to argue the plan. My point is, before you plan something worth $1.25 billion, why not find out first if the people in the affected area are going to hate it? How hard is that?

The more immediate case of not asking, closer to the bone, is the city’s Park and Recreation Department. Fresh off a squirrelly insider deal to give away Reverchon Park to a commercial sports entity, the park department is now engaging in exactly the same kind of back-channel wired-up arrangement to give away Samuell Farm. And here’s the thing.

The plan to give away Reverchon Park, one of the city’s oldest parks, just north of downtown, looked really good when the only people looking at it were former Park Board President Bobby Abtahi and Dallas Morning News columnist Robert Wilonsky. It looked like a great idea when Wilonsky pitched it — fancy-schmancy, sports celebrities involved, oh what a deal.

Wilonsky did such a good job selling it that when the City Council finally OK’d it a couple of weeks ago, Morning News architecture critic Mark Lamster tweeted that the park should be renamed for him. Wilonsky. Not Lamster.

The problem was that the whole process for developing the plan was run from inside the park department with virtually no attempt to effectively solicit public comment. So, guess what? They forgot to ask the neighbors. And then guess what? The neighbors hate it.

"If there's any justice, this remade ballpark should be named for Robert Wilonsky." — Mark Lamster

And the neighbors around Reverchon are a force with which to reckon. That whole area is crowded with high-dollar residential apartment and condo towers occupied by people with money. They are not at all happy with the prospect of a big, brassy commercial sports and concert venue right outside their windows where a gentle park with WPA stone benches now lies.

Twenty-five years ago, this would never have gotten this far. The people who live near Reverchon are masters of NIMBY. They would have seen this baby coming way ahead of time, and they would have throttled it mercilessly in its cradle.

But 30 years ago you had two competing daily newspapers in this town plus the Dallas Observer and a bunch of sharp, aggressive television news operations. A small horde of reporters competitively combed City Hall every day for stories, even on weekends.

If somebody at the city had even dreamed of trying to slip through the giveaway of a beloved city park without public input, they would have been blown out of the water, first by the press and then by the people in those towers when they found out.

As it is now, two-thirds of the coverage is Wilonsky doing an infomercial for Abtahi and then Lamster patting Wilonsky on the back for his great infomercial.

So let’s not cry over spilled milk, the passage of time or the buggy whip industry. One thing does not change. The Reverchon giveaway may have slipped up on the tower dwellers in a way that would never have been possible 25 years ago, but they’re still the tower dwellers.

They still have money. They’re still smart. They still know how to fight, and, even worse for the city, they may have a bit of an appetite for political fisticuffs. You know how tower people can be.

Since the passage of the giveaway deal by the council, the tower dwellers have formed a kind of proto-political action group, and they have hired two formidable gladiators to represent their cause. One is former WFAA investigative reporter Brett Shipp, and the other is lawyer Tom Whelan. Both are seasoned warriors.

The people pushing the Reverchon giveaway were exultant when the City Council, after first rejecting it, changed its mind two weeks ago and voted in favor. They assumed at that point their horse was safely out of the barn, their vote tallied and their deal done. Oh, but how wrong they were.

Since then the tower people, with able assistance from Shipp and Whelan, have focused on a number of squeeze-points the deal must negotiate in order to survive. These include traffic and noise studies and other tests. I have no idea how any of that will go.

Obviously the people pushing the plan at City Hall will attempt to grease all of those wheels beforehand. But given whom they’re up against, I would predict a lot of very loud squeaking at the very least, maybe even some wheels flying off. A mess.

And remember DART. They marched into City Hall ready to go with a $1.25 billion project. A few hours later they marched out with a fistful of crumpled pages, all for not simply asking ahead of time. 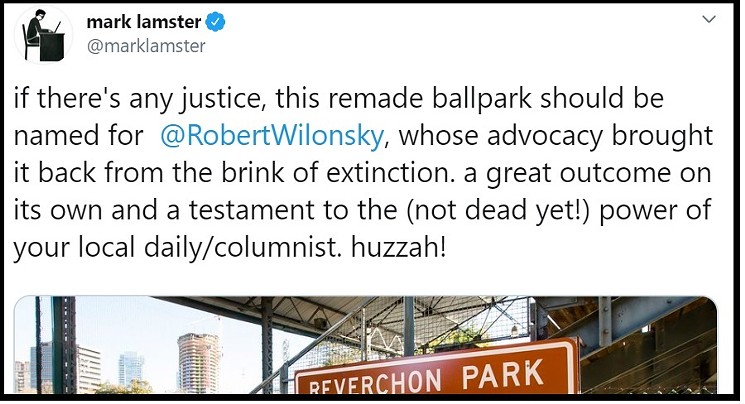 What does huzzah mean?
Jim Schutze
And that brings us to this latest iteration of don’t-ask-just-do-it. Samuell Farm is a benighted and neglected 600-acre city park two miles east of the city limits on Highway 80. Bequeathed to the city more than 80 years ago under a highly restrictive covenant, stranded from the city proper in an awkward location, Samuell Farm has struggled for decades to find a real mission, passing through periods of both benign and malign neglect.


“When we raise questions, now we’re making it difficult for people to do business with the city." — Jesse Moreno

So now Wilonsky (or somebody) has an idea for this place, as well. On Wednesday, Wilonsky announced with some fanfare that he thinks the farm should be turned over to his friend, Daron Babcock, founder of the generally beloved and successful Bonton Farms in southern Dallas where Wilonsky eats lunch several times a week. And on the face of it, it seems like a great idea.

Babcock not only has made a success of his urban farm, he has succeeded in attracting an army of normally scaredy-cat white people (not including Wilonsky, who has his own roots in southern Dallas). They come in little white scaredy-cat droves every day to a part of town most would only have agreed to visit blindfolded and at gunpoint before Babcock. The fit with Samuell Farm seems natural … until you ask.

I asked Dallas Park and Recreation Board member Jesse Moreno about it, because, since Becky Rader and Paul Sims left the park board, he and fellow board member Tim Dickey have become the board’s main advocates for transparency and public input.

He had already seen Wilonsky’s piece when we talked. He took it as a red flag: “I think Wilonsky obviously is trying to get ahead of the curve on this by saying how great Bonton Farms is and how neglected the facility (Samuell Farm) currently is,” he said.

Moreno agrees that Samuell Farm may offer great potential. But he says we don’t know if Bonton Farms is the only entity or the best one to achieve that potential.

“We probably do have some great potential, but it could be a university (that takes it over). It could be Texas A&M. It could be El Centro Community College. They have a great culinary program. What if they started a garden out there and used some of those resources? Maybe it’s the Dallas school system.”

He certainly was not putting down the Bonton idea, but Moreno suggested to me that a full-throated appeal for proposals, not to mention a vigorous effort to gather public opinion, might reveal even greater possibilities. In the meantime, he said, starting the process as an insider deal with Bonton Farms already on the inside track may serve to discourage other interest.

“Bonton Farms already has a leading advantage because they’ve been communicating with parks staff,” he said.

Doing it the insider way creates a prebaked agenda driven by a vested interest with allies at City Hall. All of a sudden, Moreno and Dickey and anybody else who argues for public input or an open bidding process become the bad guy, the naysayer raining on the parade.

“When we raise questions,” he said, “now we’re making it difficult for people to do business with the city. But the city is going out and soliciting management groups without really having approval or consensus from the public.”

You can view this whole problem as one of ethics, or if you want to get really philosophical about it, you could say this all has to do with basic principles of democracy. Be my guest. After way too many years watching City Hall, that ain’t how I see it. I see it as a way to create a mess.

In the months ahead, Brett Shipp and Tom Whelan are going to make a bunch of people in that Reverchon deal wish they could go to Mexico and get total tooth implants, just because that would be so much less unpleasant than what they’re about to go through in the attempted Coney Island-ization of Reverchon Park.

Didn’t have to be that way. The Towerites are not inclined to be natively anti-business or anti-development. There was some way to work out some kind of public/private partnership at Reverchon. But sneaking the deal out of your shirt cuff is not working it out.

Does the full public process seem harder? Does it seem messier? Does somebody in this town still think doing it behind closed doors is simpler and cleaner? Well, just wait and see.

We already see how that worked for DART. We’re about to find out how it works for Reverchon. Samuell Farm won’t be different.

Why not try doing this stuff the right way? That would be so great and such a relief from all this mess, I think a proper gesture of peace and reconciliation would be renaming the whole city for Mark Lamster. (He’s a great guy.)
KEEP THE DALLAS OBSERVER FREE... Since we started the Dallas Observer, it has been defined as the free, independent voice of Dallas, and we'd like to keep it that way. With local media under siege, it's more important than ever for us to rally support behind funding our local journalism. You can help by participating in our "I Support" program, allowing us to keep offering readers access to our incisive coverage of local news, food and culture with no paywalls.
Make a one-time donation today for as little as $1.