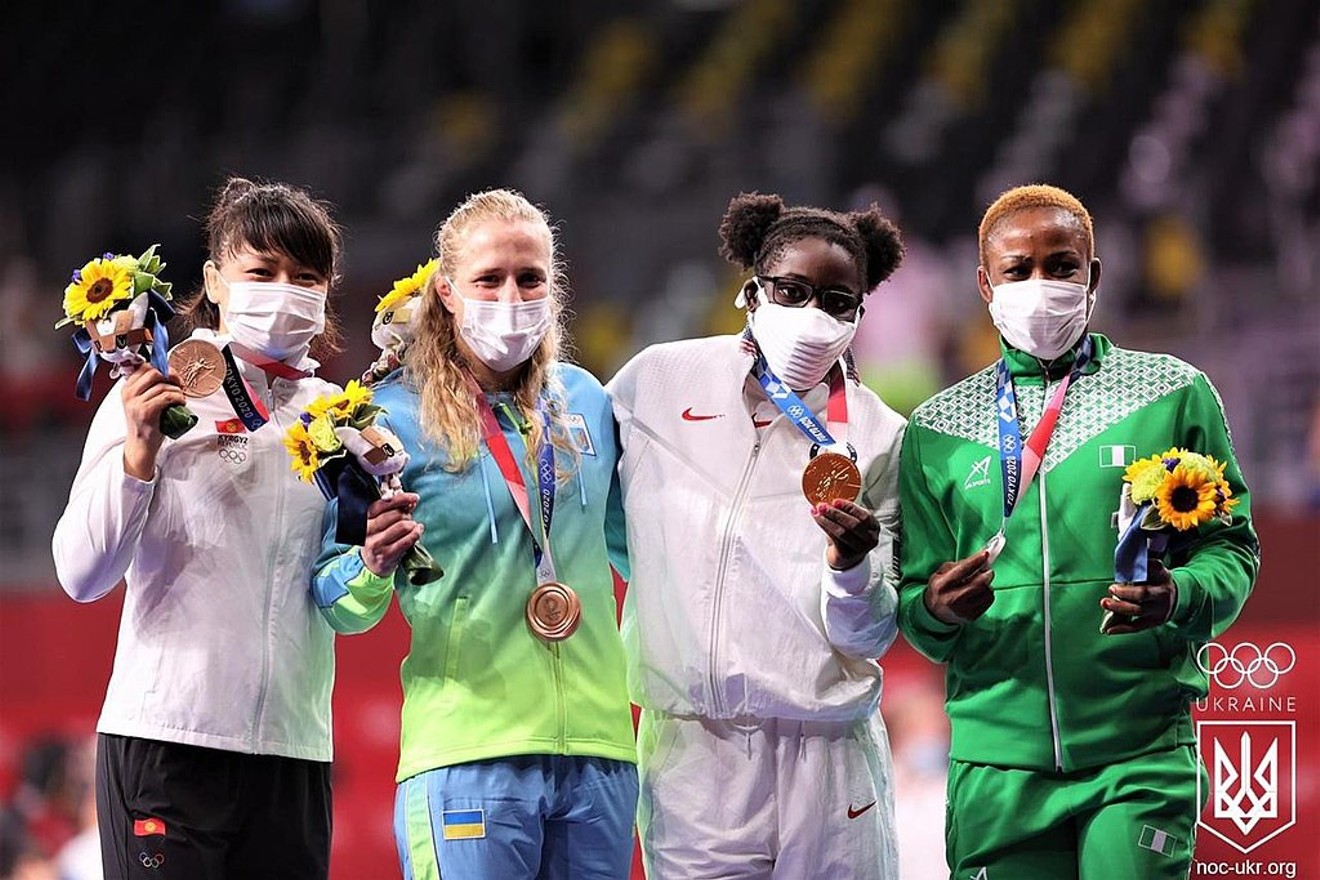 In the finals match, Mensah-Stock defeated Japan’s Ami Ishii, winning by pin fall in the first period and becoming a two-time world champion.

Last year, Mensah-Stock, who wrestles in the 68 kg weight division (around 149.9 lbs), became the first African American woman to win a gold medal in wrestling at the Olympics. Not long after the Tokyo Olympics, she took bronze at the 2021 World Wrestling Championships in Oslo.

While still in school, Mensah-Stock won two state championships for Morton Ranch High School in Katy, not far from Houston. She went on to attend Wayland Baptist University in Plainview, where she won the Women's Collegiate Wrestling Association championship tournament in 2014 and 2017.

In an interview with the Austin-based FloWrestling sports outlet after her semifinal victory Wednesday, Mensah-Stock said she was "feeling confident" about her finals match.

In the team race, Japan took home first place, while the U.S. came in second.

Earlier in the week, Kayla Miracle won a silver medal.
KEEP THE DALLAS OBSERVER FREE... Since we started the Dallas Observer, it has been defined as the free, independent voice of Dallas, and we'd like to keep it that way. With local media under siege, it's more important than ever for us to rally support behind funding our local journalism. You can help by participating in our "I Support" program, allowing us to keep offering readers access to our incisive coverage of local news, food and culture with no paywalls.
Make a one-time donation today for as little as $1.