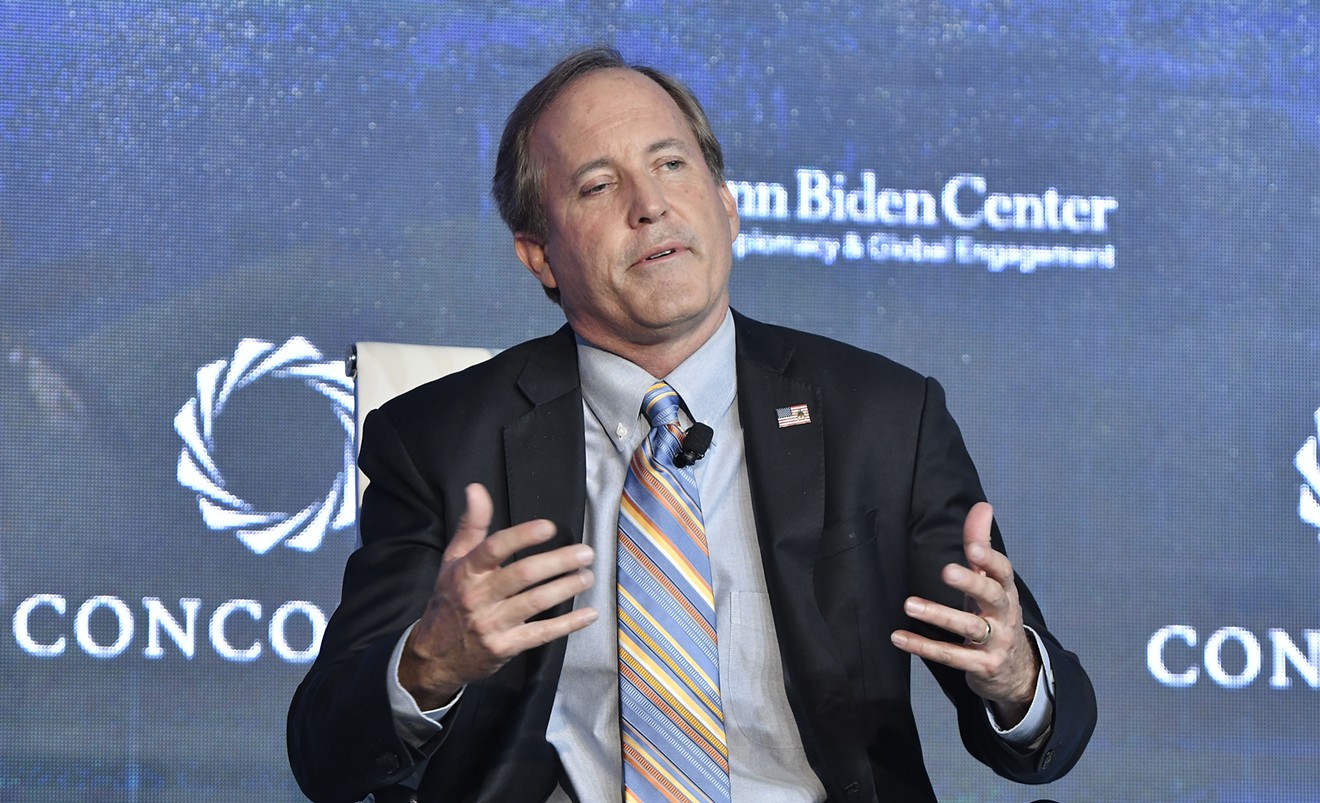 Ken Paxton had blocked several Twitter users who had made fun of him or criticized his policies. Gabriel Aponte / Getty Images
Texas Attorney General Ken Paxton doesn’t like critics. In fact, he blocked many of them on Twitter for blasting him over his policies or poking fun at him.

But last week, the Republican official caved in and agreed to unblock Twitter users who he’d previously banished from his account, @KenPaxtonTX. In a joint stipulation filed Friday, the state’s attorney general agreed to no longer block people who criticize him or his policies.

The agreement brought to an end a lawsuit filed in April when the Knight First Amendment Institute at Columbia University and the American Civil Liberties Union (ACLU) of Texas took aim at the attorney general on behalf of nine Twitter users.

The original complaint said Paxton blocking the individuals violated “the right to hear the speech that these individuals would have engaged in had they not been blocked from the account.”

Among those blocked were students, journalists, immigration advocates, lawyers and others. (Funnily enough, Paxton filed a motion to intervene in a lawsuit in January that claimed universities were "sacrificing students’ constitutional rights to free speech, due process, and fair trial.")

In other words, Paxton uses the Twitter handle to discuss his official duties as the state’s attorney general.
In fact, in recent days, he’s taken to Twitter to discuss allegations of election fraud, why he thinks the Biden administration’s COVID-19 vaccination plan is bad, bail reform and the crisis on the U.S.-Mexico border.

“We’re pleased that Attorney General Paxton has agreed to stop blocking people from his Twitter account simply because he doesn’t like what they have to say,” Katie Fallow, a senior staff attorney at the Knight First Amendment Institute, said in a press release Monday.

“Multiple courts have recognized that government officials who use their social media accounts for official purposes violate the First Amendment if they block people from those accounts on the basis of viewpoint,” Fallow added. “What Paxton was doing was unconstitutional.”

Kate Huddleston, an attorney for the ACLU of Texas, said the outcome was a “victory for Texans’ First Amendment rights.”

“It shouldn’t have taken a lawsuit for Attorney General Paxton to comply with the Constitution and respect Texans’ right to their free speech, including their right to criticize his policies and qualifications in their responses to his tweets,” Huddleston added.

The case mirrors a federal appeals court’s decision in 2019, when judges ruled that then-President Donald Trump couldn’t block Twitter users who mocked him or blasted his policies online.

In April this year, that case made it to the U.S. Supreme Court, where it was dismissed and dubbed “moot” because Trump’s own Twitter account had been suspended for violating the platform’s rules.
KEEP THE DALLAS OBSERVER FREE... Since we started the Dallas Observer, it has been defined as the free, independent voice of Dallas, and we'd like to keep it that way. With local media under siege, it's more important than ever for us to rally support behind funding our local journalism. You can help by participating in our "I Support" program, allowing us to keep offering readers access to our incisive coverage of local news, food and culture with no paywalls.
Make a one-time donation today for as little as $1.