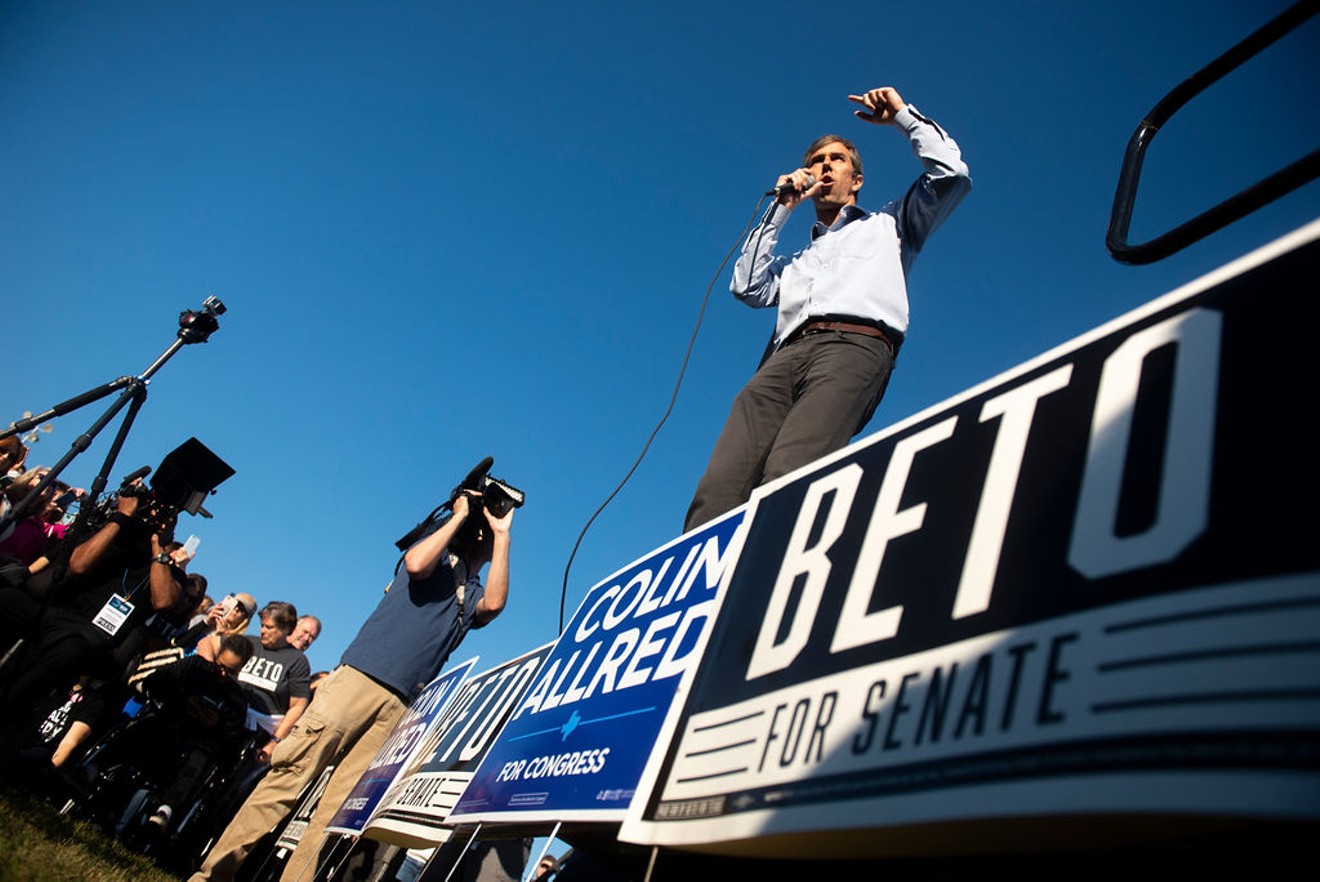 O'Rourke did not endorse one of his Democratic competitors, nor did he announce any plans to run for another office. Throughout his presidential campaign, O'Rourke faced opposition from those who believed he could better serve the Democratic Party by running for the U.S. Senate against incumbent John Cornyn, rather than seeking the nation's highest office.


"Though it is difficult to accept, it is clear to me now that this campaign does not have the means to move forward successfully. My service to the country will not be as a candidate or as the nominee." — Beto O'Rourke

On the heels of a star-making 2018 Senate run against Sen. Ted Cruz, O'Rourke jumped into the presidential pool with a big splash, appearing on the cover of Vanity Fair. He popped in initial polls, climbing as high as the mid-double digits in national surveys, but saw his numbers crater as he struggled to recapture the appeal that got him to within 3.5 points of Cruz.

Rather than sticking to his pragmatist bona fides, O'Rourke strayed to the left, sometimes even to the left of his Democratic rivals, proposing mandatory national buybacks for assault weapons and revoking the tax-exempt status of American churches that refuse to support same-sex marriage.

"A lot of the things that made Beto an attractive candidate against Ted Cruz in 2018, he's discarding by the side of the road as he travels through Iowa and New Hampshire," Mark Jones, a Rice University political scientist, told the Observer as O'Rourke's campaign floundered in June. "The idea of being pragmatic and a centrist — the vote on the 'Thin Blue Line Act,' 'I was wrong, I shouldn't have voted with the police,' his position on pipelines, 'I was wrong, I shouldn't have voted with the energy industry.' He's renouncing all the policies that made him a credible centrist for positions on the left. I think the Beto magic is probably gone."
KEEP THE DALLAS OBSERVER FREE... Since we started the Dallas Observer, it has been defined as the free, independent voice of Dallas, and we'd like to keep it that way. With local media under siege, it's more important than ever for us to rally support behind funding our local journalism. You can help by participating in our "I Support" program, allowing us to keep offering readers access to our incisive coverage of local news, food and culture with no paywalls.
Make a one-time donation today for as little as $1.