Texas Bill Would Require Dallas, Other Cities to Provide Mobile Showers for the Homeless 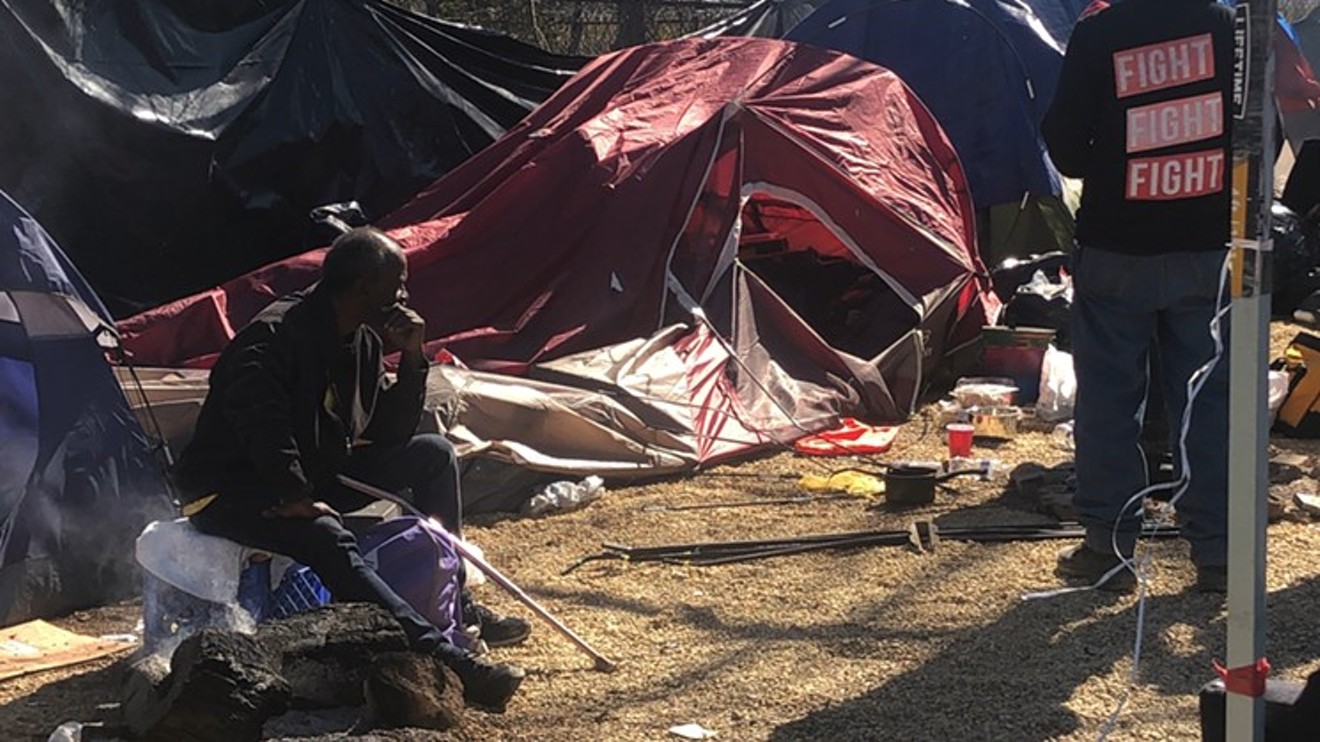 Campos filed a similar bill about two years ago during her first legislative session, but the session ended before the bill could advance to a vote on the House floor. As Campos tries again to get a mobile shower bill through the Legislature, similar efforts are in the works in cities across the state, including in North Texas.

A McKinney organization called Streetside Showers is in the business of providing showers to the homeless in North Texas, and since 2019 it has helped Austin nonprofit Lighter Loads ATX offer mobile showers in Austin. In 2020, the San Antonio City Council approved the purchase of a mobile shower trailer to be used by the homeless three days a week at the Christian Assistance Ministry, according to KSAT, the local ABC affiliate.

Austin and San Antonio are cities where HB 1292 would apply.

Manuel Medina, Campos’ chief of staff, said this is a service the homeless have asked for directly. “We had gotten calls way early on last year during [Campos’] first session about mobile showers,” Medina said. “In fact, in those conversations they would share with her that in their time of homelessness the biggest challenge was hygiene.”

When Campos filed House Bill 4328, her first mobile shower bill, it passed in the House Committee on Urban Affairs by a 6-3 vote, but it died on the House floor as the session ended. A lot of the opposition to this effort, Medina said, has centered on the cost and whether there are enough available resources to make it happen. Medina expects that’s what the opposition will focus on this time around with HB 1292. According to the bill, the mobile showers would be paid for with federal money, including funds provided through the American Rescue Plan Act of 2021.

“Requiring people to have an ID or to go through a big process to use the toilet or take a shower is not very dignified." – Wayne Walker, OurCalling

Wayne Walker, CEO of the nonprofit OurCalling, knows how important a shower can be for the homeless. The showers at his facility are full throughout the day, he said. But he does have questions about requiring large cities to provide mobile showers.

“It's important that we take care of our vulnerable citizens, and showers are important,” Walker said. “However, in those cities that you mentioned – there’s only six in Texas that fit that bill – their homeless populations are so great, it’d be in some ways impractical to try to reach that many people with a shower trailer.”

For bigger cities like Dallas, it may be more effective to get homeless organizations to lower the barrier of entry for some of their services, such as showers. Unlike OurCalling, some organizations in Dallas and other big cities require an ID to use their toilets or showers.

“Requiring people to have an ID or to go through a big process to use the toilet or take a shower is not very dignified. That’s why here at OurCalling we’re a zero-barrier facility,” Walker said. “So, you don’t have to have an ID or no one’s going to check your pockets to come in and take a shower. Maybe that’s why our showers are full every single day, all day long.”

He suspects that part of the reason this bill was filed is that it's so hard to find low- or no-barrier access to services in big cities.

There are some challenges to providing mobile showers to such large homeless populations, he said. “Mobile showers tend to have significant challenges at scale because it’s hard to carry the water, heat the water, and then dump the water for a large group,” Walker said. “It usually works for a small number of individuals, but for a large group it’s probably much more cost-effective to provide a facility that has showers and to support organizations that do that.”

Walker said there are many organizations across the state that provide mobile showers to the homeless, and they serve an important need. But for a city as large as Dallas, he said it may be better to provide those services at stationary locations. That way, it might be easier to connect the homeless to other services or programs they may need.

“The goal is, I think, twofold,” Walker said. “One, is you want to take care of humans and provide the dignity that they need. Another one is you want to connect them intentionally to the services they need. Doing one without the other is not a very holistic approach. So, you want to take that opportunity to connect them to other services like housing, like recovery programs. That is much more difficult to do in a trailer than it would be in a facility. … If all you’re delivering in a trailer is showers, then you’ve only met half of the need.”

Walker also thinks cities should already be providing amenities like public restrooms and showers. He said the average guest at OurCalling is about 57 years old. Outside of the facility, the homeless have a hard enough time finding a place to use the restroom, let alone take a shower. “If you or I walk into a restaurant to use their bathroom without buying anything, they’re not going to have a problem,” he said. “But, if we walk in and they self-identify us visually as someone experiencing homelessness, they’re going to kick us out.”

The city of Dallas has been providing portable bathrooms to some of its homeless encampments, but Walker said a lot more can be done.

“I think large cities should provide access to public toilets. That’s a huge miss that Dallas and other cities don’t have,” Walker said. “There should just be public bathrooms downtown and in city parks and those kind of public areas. It doesn’t have to always be at encampments.”

Medina said Campos has been able to garner bipartisan support around other bills tackling homelessness and is hopeful she can do the same with HB 1292. If passed, the bill would go into effect Sept. 1.

Medina said he and Campos understand the homeless need more than just free showers. But he believes the mobile showers that would be required in Campos’ bill may help the homeless get connected to other services they need.

“It’s not a catch-all,” Medina said. “It’s only one part of the solution, but it’s a bridge to opportunity because you get them there and it’s an opportunity for them to also get a meal, an opportunity to get an ID, possibly get them interested in housing.”
KEEP THE DALLAS OBSERVER FREE... Since we started the Dallas Observer, it has been defined as the free, independent voice of Dallas, and we'd like to keep it that way. With local media under siege, it's more important than ever for us to rally support behind funding our local journalism. You can help by participating in our "I Support" program, allowing us to keep offering readers access to our incisive coverage of local news, food and culture with no paywalls.
Make a one-time donation today for as little as $1.