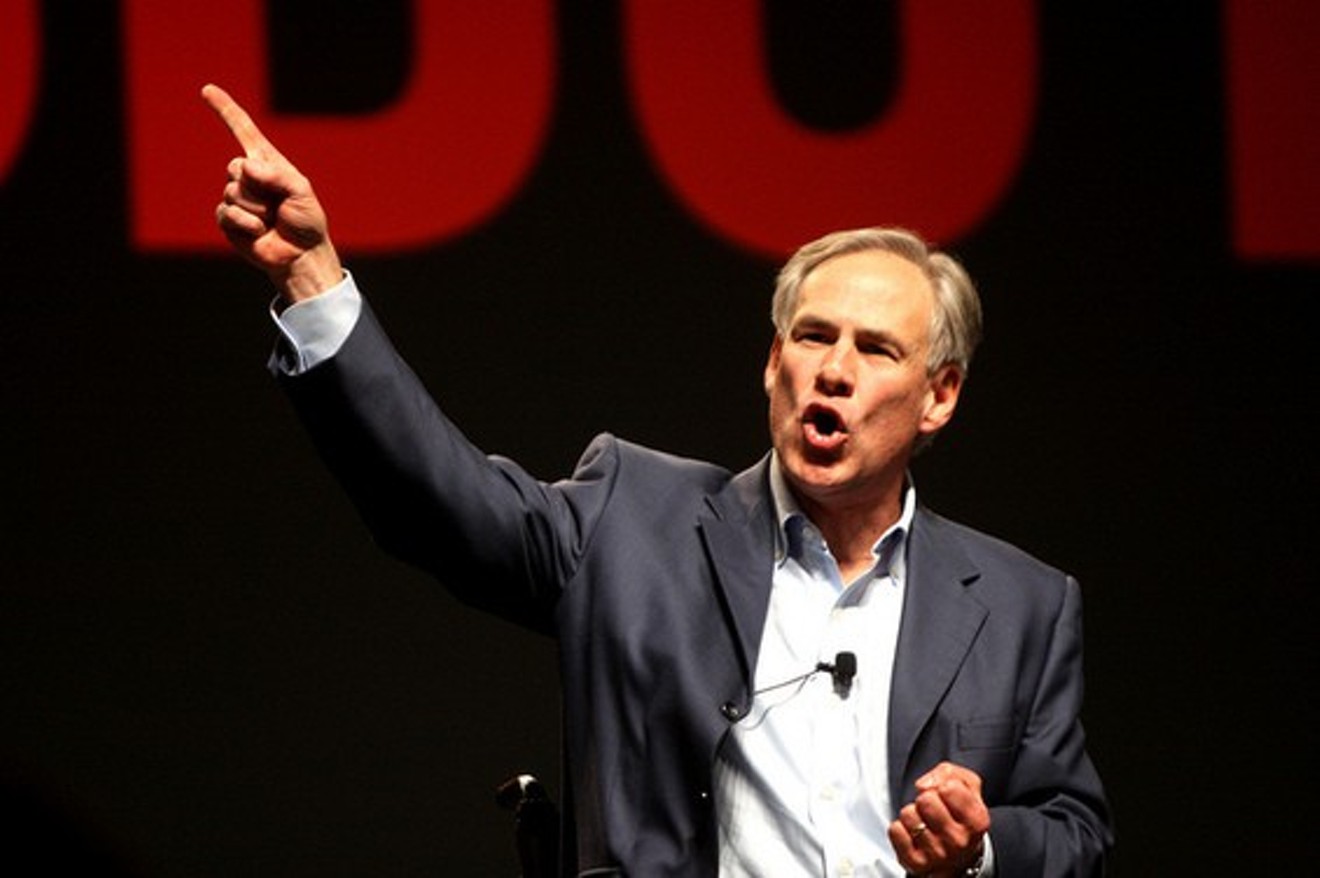 Texas really does have everything now. Even Iranian cyberattacks, to hear the governor tell it. Gage Skidmore
As tension between the U.S. and Iran turns into conflict, Texas Gov. Greg Abbott warned the public Tuesday about Iranian cyberattacks on Texas' state agencies. Over the last 48 hours, the governor said, more than 10,000 attacks per minute, many of them originating in Iran, have been attempted against the state's computer systems.

Texas really does have everything now. Even Iranian cyberattacks, to hear the governor tell it.
Gage Skidmore
"It's my understanding that none of those attempted attacks have been successful," Abbott said, speaking to members of the media following the second meeting of his domestic terrorism task force at the state Capitol.


"In the past 48 hours, DIR observed an increase in network activity from outside the United States, including Iran." — Amanda Crawford

"The Texas Department of Information Resources constantly detects and blocks malicious traffic on the networks of the multiple state agencies it services," Amanda Crawford, executive director of Texas' Department of Information Resources, said in a statement after the meeting. "In the past 48 hours, DIR observed an increase in network activity from outside the United States, including Iran. As global threats to cybersecurity increase, we urge Texans to be vigilant and use heightened awareness as they conduct internet activity."

“This is something that everybody in the state of Texas needs to be concerned, prepared and be able to address,” Abbott said at the meeting, according to the Texas Tribune. “I think it’s very important that everybody be particularly vigilant about what may happen out of Iran.”

Crawford told members of the media at the task force meeting that she had no specific information about what state agencies cyberattackers in Iran might be targeting. Federal agencies have released bulletins calling for increased awareness of potential attacks from Iran, she said, according to the Tribune.

Tuesday night, the San Antonio Express-News reported that hackers posted a pro-Iranian message including the image of Qassem Soleimani, the Iranian general killed by U.S. Forces over the weekend, on the Texas Agricultural Commission's website. None of the agency's information was compromised, Agricultural Commissioner Sid Miller told the paper.

The FBI is investigating the incident, according to Miller, but federal officials don't believe the post was an Iranian attack.

In the summer and fall of 2019, dozens of local Texas governments were hit with ransomware attacks. In Carrollton, the city's website was down for more than three weeks after the suburb was attacked in October.
KEEP THE DALLAS OBSERVER FREE... Since we started the Dallas Observer, it has been defined as the free, independent voice of Dallas, and we'd like to keep it that way. With local media under siege, it's more important than ever for us to rally support behind funding our local journalism. You can help by participating in our "I Support" program, allowing us to keep offering readers access to our incisive coverage of local news, food and culture with no paywalls.
Make a one-time donation today for as little as $1.