Texas Is Suffering Through its Worst Flu Outbreak in Decades 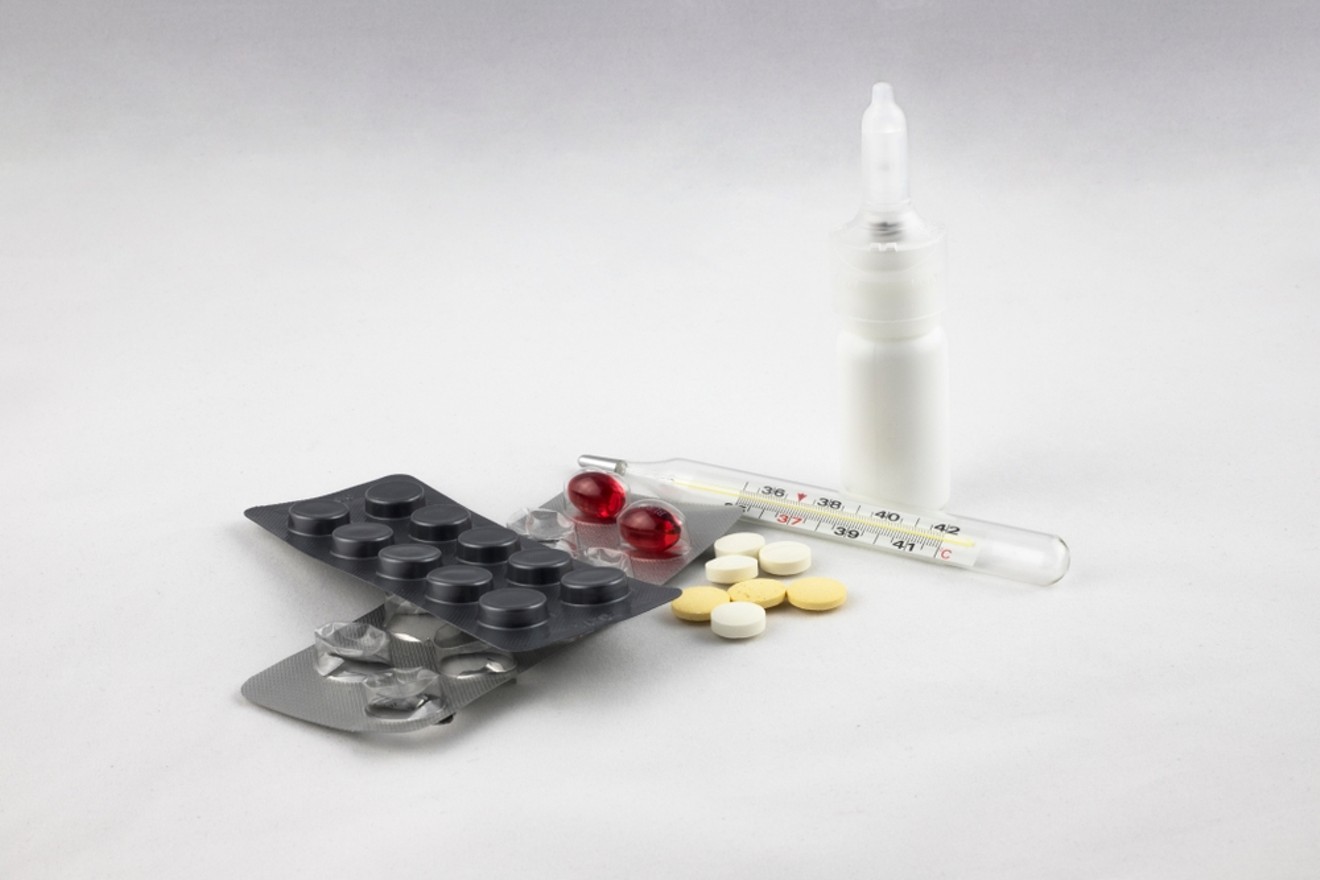 Elena Chirkova/Shutterstock
Dallas County suffered its sixth death of the 2017-18 flu season Tuesday, marking another low point in one of the worst flu seasons in decades, researchers say. While there are signs that Texas' infection rate may have peaked around the holidays, the state and Dallas County aren't out of the woods yet, according to set of tools being developed to keep people safe and better allocate resources during flu season.

The Centers for Disease Control and Prevention says flu season runs from about September to May. Most years in Texas, a number called the ILI percentage — the number of patients doctors see with flu-like symptoms — checks in at about 2 percent or 3 percent during the offseason and crests to about 6 percent during the worst of the flu season. This year, according to a model developed by a Carnegie Mellon University team led by Roni Rosenfeld, Texas' ILI percentage has already risen above 13 percent.

Because the peak happened so early in the season, Rosenfeld says there's a chance that the percentage of Texans in doctors' offices with the flu could climb even higher, but that's not a guarantee things will get worse.
click to enlarge

Texas historical flu season peaks, since 2011.
ILI Nearby
"Can it go higher? Yes," Rosenfeld says. "It might not. Peaks tend to occur either around Christmas or the New Year or in February. It's not unheard of, but it usually doesn't happen that they peaked in January. My guess, it's just a guess, is that it's peaking now. It might be at a similar height next week, but then it is going to start going down."

For the last three flu seasons, Rosenfeld and his team's model, which relies on historical data and machine learning principles to generate a weekly flu forecast during flu season, was the most accurate entered in the CDC's flu forecasting challenge. For now, Rosenfeld's team can create nationwide forecasts for the United States and state forecasts. As cities and counties make more data available, creating local forecasts will be possible, Rosenfeld says, much to the benefit of local heath authorities and providers.

"I don't think you'll have to wait very long [for local forecasts]," Rosenfeld says. "They'll be useful in the sense that hospitals would be very happy if we could tell them four to eight weeks ahead of time when they should not give their employees vacation time, when they should double their capacity and equipment."

While the 2017-18 version of the flu vaccine isn't a perfect match for this season's dominant strains, Dallas County health officials still recommend that all residents older than 6 months get vaccinated. The adult vaccine is available at the county's adult immunization clinic on the first floor of the Dallas County Health and Human Services building, 2377 N. Stemmons Freeway.