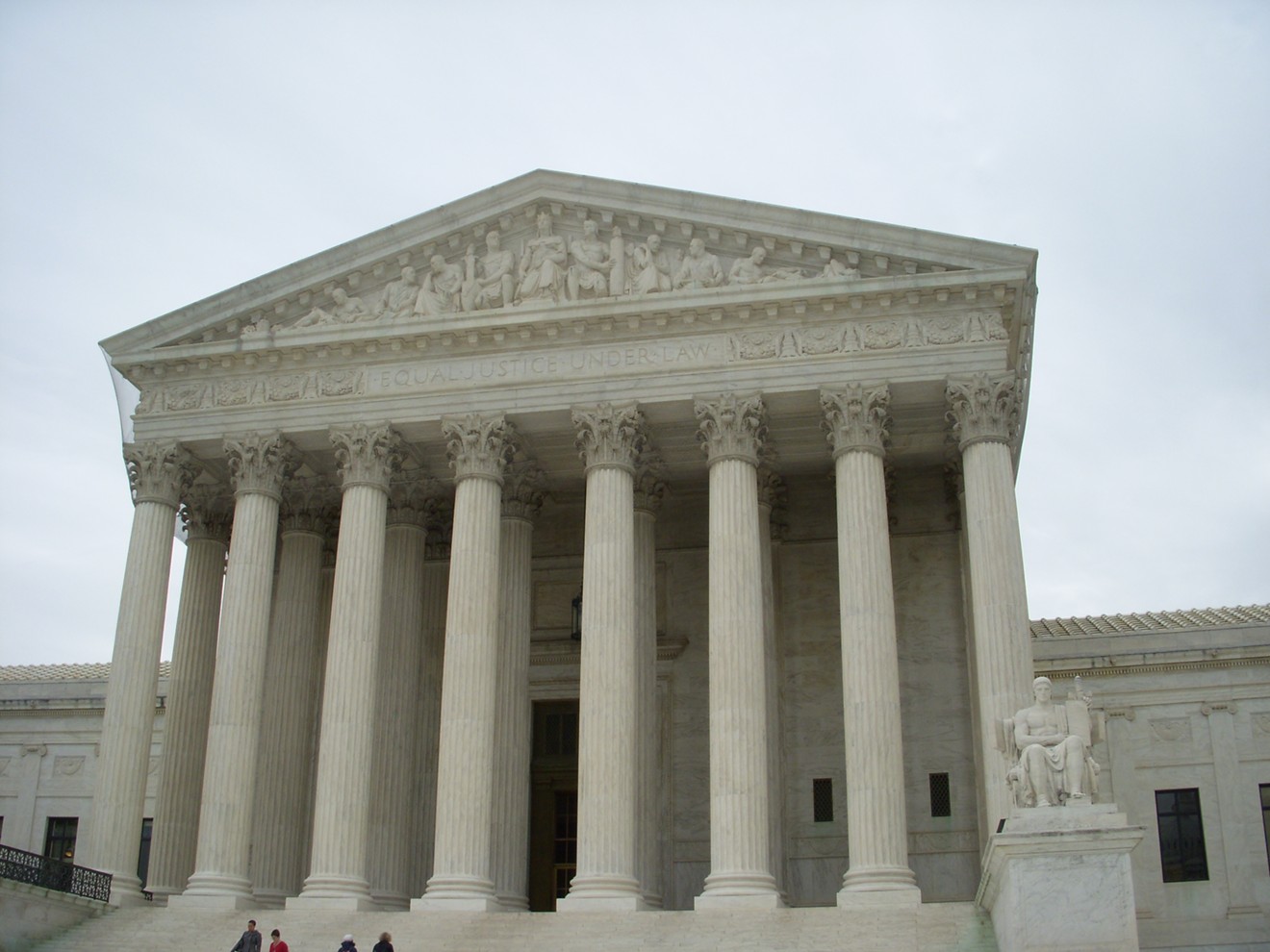 The U.S. Supreme Court made Texas Attorney General Ken Paxton happy Monday. wikicommons
Just like that, Texas years-long fight over its congressional and state legislative districts is over, thanks to a Monday morning decision from the U.S. Supreme Court. The GOP-led Texas Legislature, the court ruled, did not intentionally discriminate against minorities when it approved the state's electoral map.

By a 5-4 partisan vote, the Supreme Court tossed out a lower court ruling that found state lawmakers had "packed and cracked" minority voters, diluting their overall impact by drawing them heavily into some districts and out of others. The evidence was insufficient to find, as the lower court did, that the Legislature acted in bad faith when it put the districts together, Associate Justice Samuel Alito wrote in his majority opinion.


"Not only does the direct evidence suggest that the 2013 Legislature lacked discriminatory intent, but the circumstantial evidence points overwhelmingly to the same conclusion." — Samuel Alito

"Not only does the direct evidence suggest that the 2013 Legislature lacked discriminatory intent, but the circumstantial evidence points overwhelmingly to the same conclusion," Alito wrote.

Ten of the 11 districts challenged in the case, the court ruled, will remain intact through 2020. The court made an exception for Texas House District 90 in Tarrant County, which the court ruled was, in fact, racially gerrymandered.

Monday's decision was the culmination of almost a decade of fighting over districts drawn by the Legislature after the 2010 census. In 2012, a U.S. district judge in San Antonio ruled that the maps unfairly discriminated against Texas' minority voters.

A year later, the Legislature redrew the congressional and legislative maps, largely basing them on recommendations made by the San Antonio court. In the years since, the lawsuit against the maps, led by the Legislature's Mexican American Legislative Caucus, bounced around among the courts before the same San Antonio federal court that invalidated the maps in 2012 again found them unconstitutional last year.

“I’m grateful that the U.S. Supreme Court restored the rule of law to the redistricting process. The court rightly recognized that the Constitution protects the right of Texans to draw their own legislative districts and rejected the misguided efforts by unelected federal judges to wrest control of Texas elections from Texas voters,” Paxton said. “This is a huge win for the Constitution, Texas and the democratic process. Once again, Texans have the power to govern themselves.”


"Today, the Supreme Court legitimized the Texas Legislature’s intentional discrimination against racial minorities in the 2011 round of redistricting." — Eddie Rodriguez

"Today, the Supreme Court legitimized the Texas Legislature’s intentional discrimination against racial minorities in the 2011 round of redistricting," Rodriguez said. "Despite multiple federal courts finding that Texas’ legislative districts were designed to disenfranchise minority voters, the conservative-leaning court chose to ignore the voter suppression suffered by millions of Texans over the past seven years. Numerous districts in the state House and congressional maps were drawn with discriminatory intent, yet the court only found that one district is a racial gerrymander."

After the Supreme Court's ruling, there's nothing to stop Republican legislators from drawing unfair boundaries after the 2020 census, Rodriguez said.

"There is little time left before the next round of redistricting," Rodriguez said. "Unfortunately, the judiciary has failed to intervene in Republicans’ power grab, and right now there’s nothing stopping them from gerrymandering Texas districts yet again. We must fight for nonpartisan redistricting reform and a fair 2020 census with a renewed sense of urgency."
KEEP THE DALLAS OBSERVER FREE... Since we started the Dallas Observer, it has been defined as the free, independent voice of Dallas, and we'd like to keep it that way. With local media under siege, it's more important than ever for us to rally support behind funding our local journalism. You can help by participating in our "I Support" program, allowing us to keep offering readers access to our incisive coverage of local news, food and culture with no paywalls.
Make a one-time donation today for as little as $1.