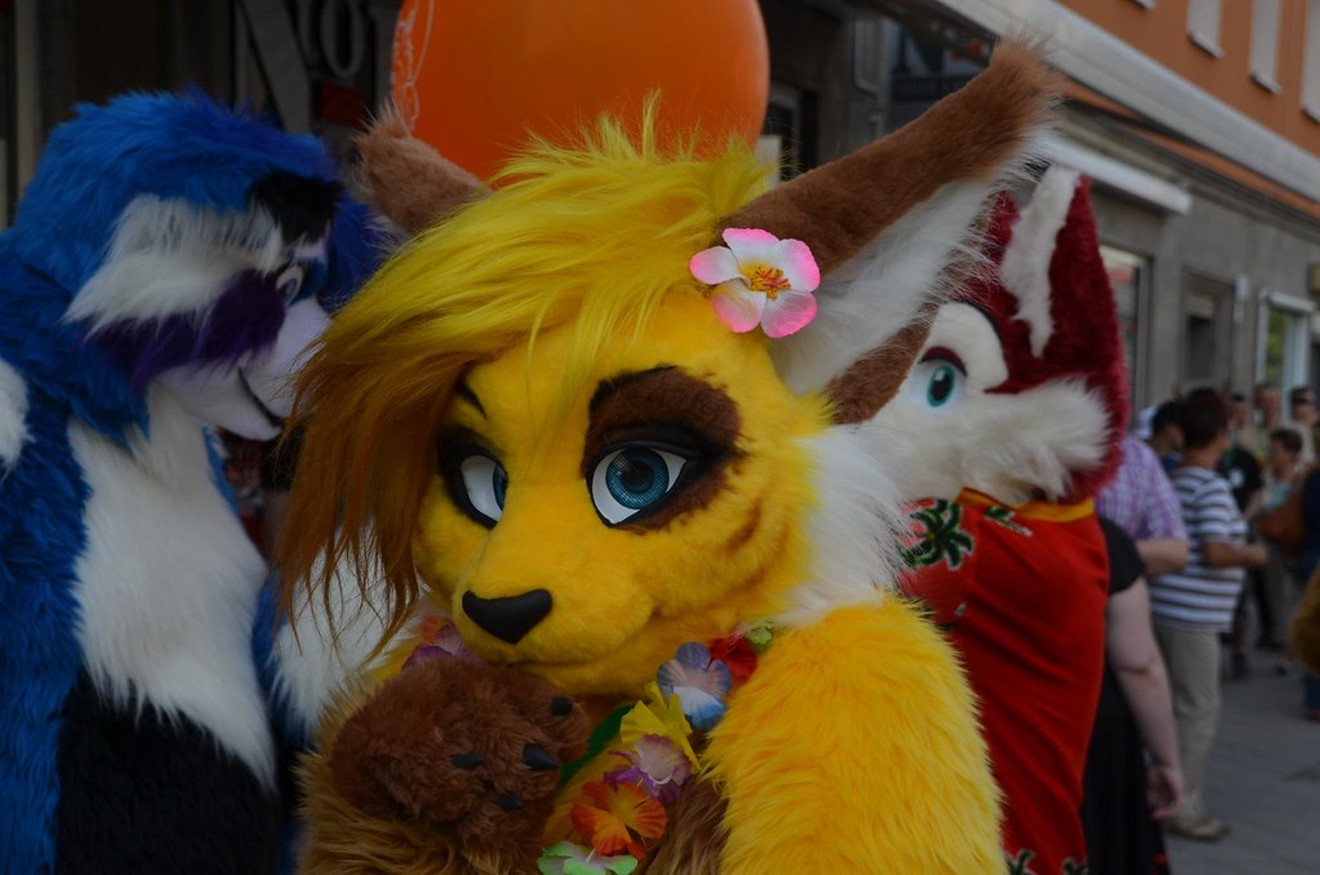 Watch out, y'all: Furries could soon take over Texas schools. "Furry Parade @ Eurofurence 19" by tm-md is licensed under CC BY-SA 2.0
Texas schools have been under the microscope in recent months, from mask mandate debates to school board brawls to serious teacher shortages. The pandemic is to blame for much of the districts’ struggles, but other factors are also working to muck up public ed.

The Lone Star State was ranked No. 34 for education by U.S. News & World Report. Still, instead of focusing on improving the classroom experience for teachers and students alike, some seem more content these days to pick fights in the schoolyard.

Here are five of the most absurd controversies to have surrounded Texas schools in recent years.

Furries are Taking Over
After a week when FOX News’ Tucker Carlson slammed the clothing choices of M&M's, this one shouldn’t come as too much of a shock.

On Wednesday, Texas Monthly reported that an anti-vaccine activist and conservative candidate for Texas House, Michelle Evans, had made a strange claim on social media. In a Jan. 23 tweet, she wrote that some public schools are accommodating so-called “furries,” people who dress up in fuzzy anthropomorphic animal suits.

“Cafeteria tables are being lowered in certain @RoundRockISD middle and high schools to allow ‘furries’ to more easily eat without utensils or their hands (ie, like a dog eats from a bowl),” Evans wrote.

“This is not happening. Our tables don’t even have the option of lowering,” a district spokesperson told Texas Monthly. “You win the award for strangest media question of the year!”

“Opposing Side” of the Holocaust
This one was a doozy.

In October, NBC News reported that Gina Peddy, a top Carroll ISD administrator, had advised educators to offer students an “opposing” perspective if their classroom had books mentioning the Holocaust. Peddy’s apparent confusion stemmed from a new state law demanding that teachers, when discussing controversial topics, include multiple viewpoints.

“Make sure that if you have a book on the Holocaust that you have one that has an opposing, that has other perspectives,” she said, according to that outlet.

Book ban
At the same time that Peddy encouraged teachers to expand their classroom library, some Texas lawmakers were pushing to ban specific books.

In October, Fort Worth state Rep. Matt Krause, a Republican, targeted around 850 titles in what some have dubbed a de facto “banned book” list. According to The Texas Tribune, the lawmaker hoped that Texas school districts would voluntarily admit if they had any of the offending lit and how much they'd paid for it.

Krause’s list of no-no’s includes anything that "might make students feel discomfort, guilt, anguish, or any other form of psychological distress because of their race or sex."

Parents and politicians pointed to the controversial nonfiction book Gender Queer: A Memoir, which shows graphic sexual scenes as cartoons, but Krause's proposed kindling also includes The Confessions of Nat Turner, The Gale Encyclopedia of Medicine and We Are All Born Free: The Universal Declaration of Human Rights in Pictures.

When he took office in 2015, Miller flouted new federal school-lunch guidelines when he granted amnesty to cupcakes. "I also pardoned pies, cookies and brownies," he said on his podcast Shoot the Bull. But Miller soon switched from sweet to savory, and he vowed to return freedom fries to Texas schools.

Later in 2015, Miller announced that Texas would repeal a ban on deep fryers in public schools, at the same time he softened restrictions on sodas in vending machines.

In response to a critical editorial in the Houston Chronicle, Miller said the move was less about health and more about local control. “If a school district doesn't agree with any of these changes, then the district doesn't have to implement them,” he wrote. “That's the beauty here. It's not about french fries; it's about freedom.”

TikTok “Slap a Teacher” Challenge
As if simply being a teacher wasn’t already hard enough ...

Last year, a new and frankly confounding social media trend emerged on TikTok called the “Devious Licks” challenge. Students statewide were egged on by their peers to destroy and steal school property, and get this — film themselves doing it. The trend wound up costing one district around $10,000 in damages.

TikTok ultimately banished the related hashtags to discourage that juvenile behavior, but soon, an even crazier challenge arose: “Slap a Teacher.” Yes, #slapateacher requires a kid to sneak up on their teacher from behind, smack them upside the head and scuttle off, undetected.

But for some students, a slap-n-dash could lead to criminal charges.
KEEP THE DALLAS OBSERVER FREE... Since we started the Dallas Observer, it has been defined as the free, independent voice of Dallas, and we'd like to keep it that way. With local media under siege, it's more important than ever for us to rally support behind funding our local journalism. You can help by participating in our "I Support" program, allowing us to keep offering readers access to our incisive coverage of local news, food and culture with no paywalls.
Make a one-time donation today for as little as $1.