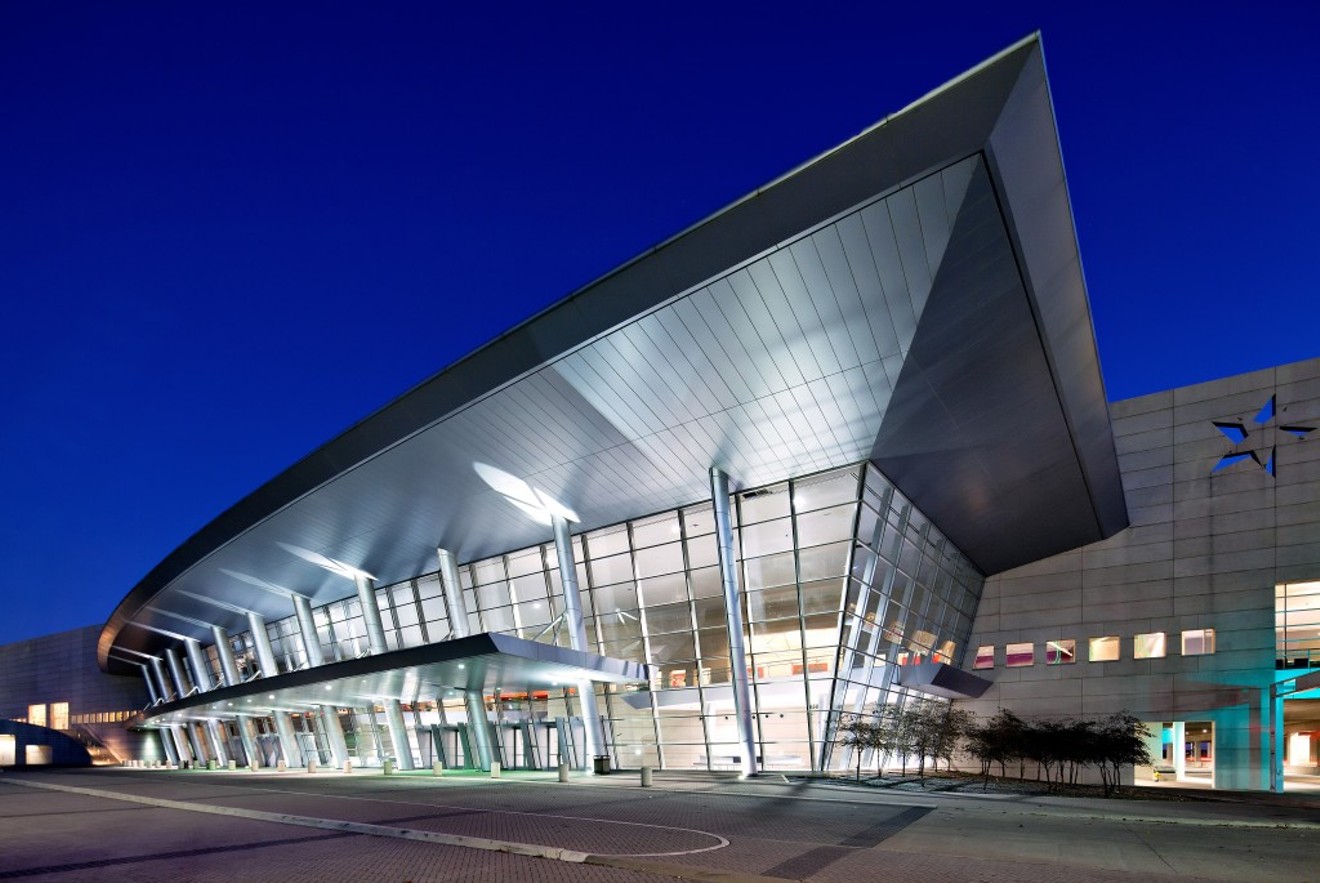 Dallas' Kay Bailey Hutchison Convention Center Dallas Visitor Bureau
In the end, VisitDallas did enough. Wednesday afternoon, after months of back and forth between the city and the agency charged with marketing it, the Dallas City Council signed off on a five-year contract extension with VisitDallas by a 12-1 vote.

The council's vote came after a days-long email campaign from residents begging city leaders to head in a different direction.

"VisitDallas, the DBA for the Dallas Convention & Visitors Bureau, has a long history of misusing taxpayer funds, creating misleading reports, promoting tourisms for cities other than Dallas, and has always been incompetently led under previous leaders who were all forced to resign due to financial irregularities and whose current CEO faced similar issues in Pittsburgh," the form email read.

"With COVID-19 decimating tourism and conferences for the foreseeable future, VisitDallas presented misleading information to the council by grossly over representing the number of conventions set to occur in Dallas over the next several months. Because of this, they glossed over the fact its primary funding source, Hotel Occupancy Tax (HOT) revenue, will be at or near $0."

Every council member save North Dallas representative Cara Mendelsohn disagreed. The agency, in trouble since being the subject of a scathing city audit in January 2019, had made sufficient changes to deserve a new contract. The audit found that the agency failed to account appropriately for how it spent $30 million in hotel occupancy tax revenue and Dallas tourism public improvement district cash in addition to failing to make payments it's supposed to make to the city for improvements to the Convention Center.


"As I continue to look at this new contract, I think 95% of what we were asking for is what we got," — Omar Narvaez

"As I continue to look at this new contract, I think 95% of what we were asking for is what we got," council member Omar Narvaez said.

Narvaez praised VisitDallas for hiring a new CEO, reducing the size of its board and giving the city greater oversight over its operations. Narvaez was comforted, he said, because the new contract between the city and the agency allows for a full review of convention and event services three years into the deal.

"I'm going to give my vote. It's not the most exciting vote I'm going to take, but I'm willing to give you all a chance. (If you haven't gotten it right in year three) then we're going to have a much different conversation," he said.

Mendelsohn said the contract was a raw deal for Dallas residents because it allows businesses and municipalities from outside the city to buy into VisitDallas services.

"VisitDallas should be Dallas only," she said. "It's ironic that we've been talking about Dallas-first for procurement but we allow VisitDallas to put anyone willing to buy this membership in the forefront (of its marketing materials). We are changing VisitDallas to become VisitDallas or anywhere else that advertises with us."
KEEP THE DALLAS OBSERVER FREE... Since we started the Dallas Observer, it has been defined as the free, independent voice of Dallas, and we'd like to keep it that way. With local media under siege, it's more important than ever for us to rally support behind funding our local journalism. You can help by participating in our "I Support" program, allowing us to keep offering readers access to our incisive coverage of local news, food and culture with no paywalls.
Make a one-time donation today for as little as $1.