You Thought It Was Fall in North Texas? The Endless Summer Would Like a Word. 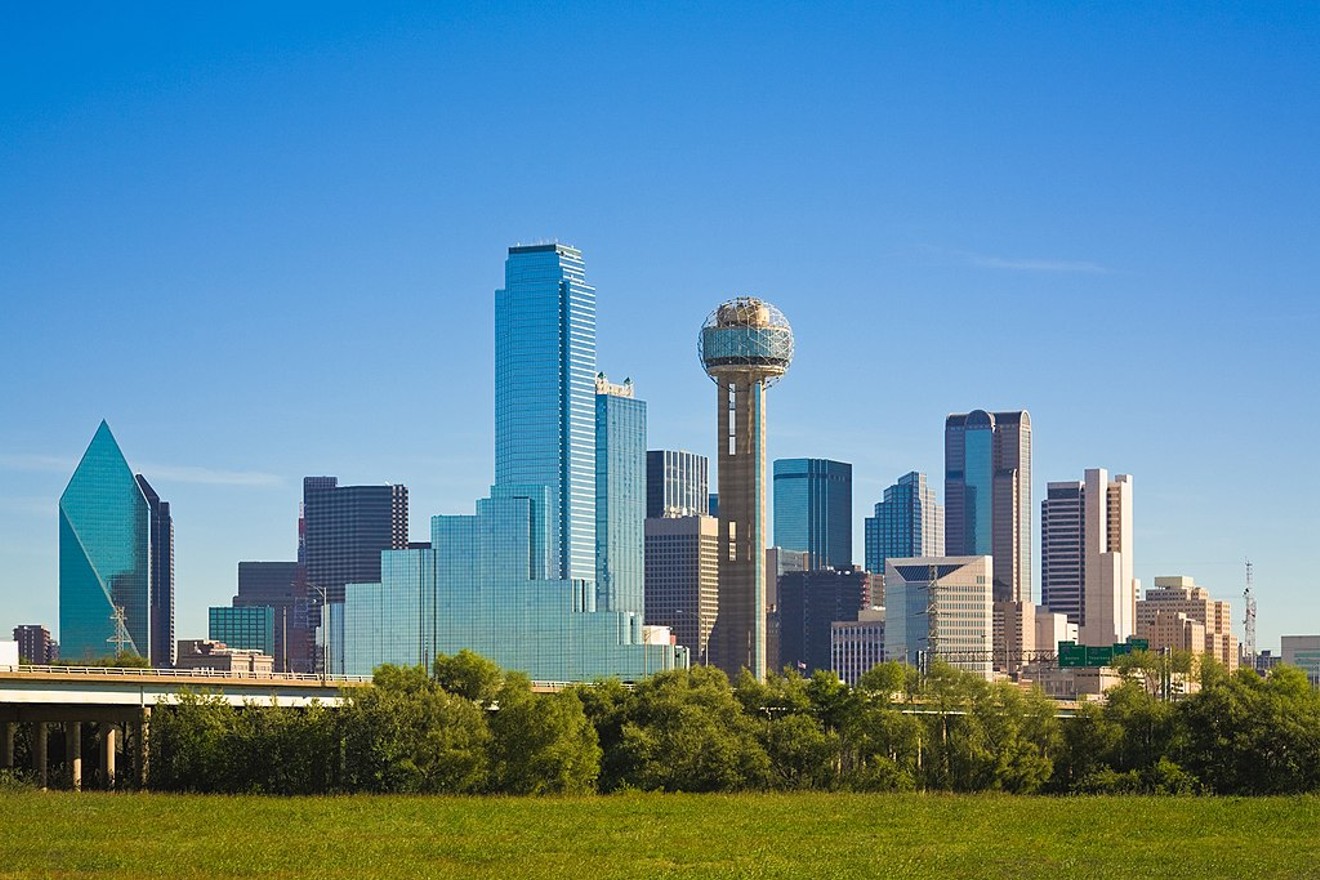 Expect high temperatures in Dallas for the next few days. Alan Botting, CC BY-SA 2.0, via Wikimedia Commons
If you’re anything like us, you went outside last weekend, felt the cool breeze on your skin, went for a long walk and relished the belated demise of the long, brutal summer.

After all, it was one of the hottest summers on record in North Texas. Who wouldn't want to celebrate the end of that?

We hate to break it to you, but you relished a touch too fast, friend, as did we. Texas has a way of punishing those of us who make assumptions about the seasons. High temperatures will climb back into the 90s over the weekend, and early next week they’re expected to flirt with the triple digits.

Although September average highs usually hover around 89 in Dallas, the weather folks at WFAA say Saturday will hit 92 degrees, Sunday 94, Monday 97 and Tuesday 98.

Although we’ve started to get used to lows dipping into the 60s over the last week, we can say goodbye to all that – at least for the next week.

Between Sunday and Wednesday, meteorologists say the lows will stay firmly in the mid- to high 70s.


Summer heat will continue next week with lows generally in the 70s and highs mainly in the middle and upper 90s. DFW will be close to its record high temperature of 99 for September 21st (set in 1956 and tied in 2005). Stay hydrated and stay cool! #dfwwx #ctxwx #texomawx pic.twitter.com/nU3gJPPmXb

You're probably wondering what's to thank for our collective sense of letdown, and it's a fair question. Well, WFAA says a "gradual southerly shift in our air will bring back moisture from the Gulf."

The National Weather Service in Fort Worth predicts the heat index early next week could make highs feel like the low 100s.

In effect, you ought to dress accordingly and mentally steel yourself against what we've got in store: a stretch of hot, humid and muggy weather.

Worse still, your galoshes and umbrellas are worthless for a while. There's just about no chance of rain in the coming days.

At this point, you're likely searching for a sliver of hope on the horizon. Here's all we can offer: Starting Wednesday, the high temperatures will gradually begin to slump again. (Wednesday feels awfully far away, doesn’t it?)

Still, it could be worse. We could be launched back in time a month or two and left to toil under the sun all over again, with temperatures well above 100 and wildfires chewing up large swaths of the state.
KEEP THE DALLAS OBSERVER FREE... Since we started the Dallas Observer, it has been defined as the free, independent voice of Dallas, and we'd like to keep it that way. With local media under siege, it's more important than ever for us to rally support behind funding our local journalism. You can help by participating in our "I Support" program, allowing us to keep offering readers access to our incisive coverage of local news, food and culture with no paywalls.
Make a one-time donation today for as little as $1.