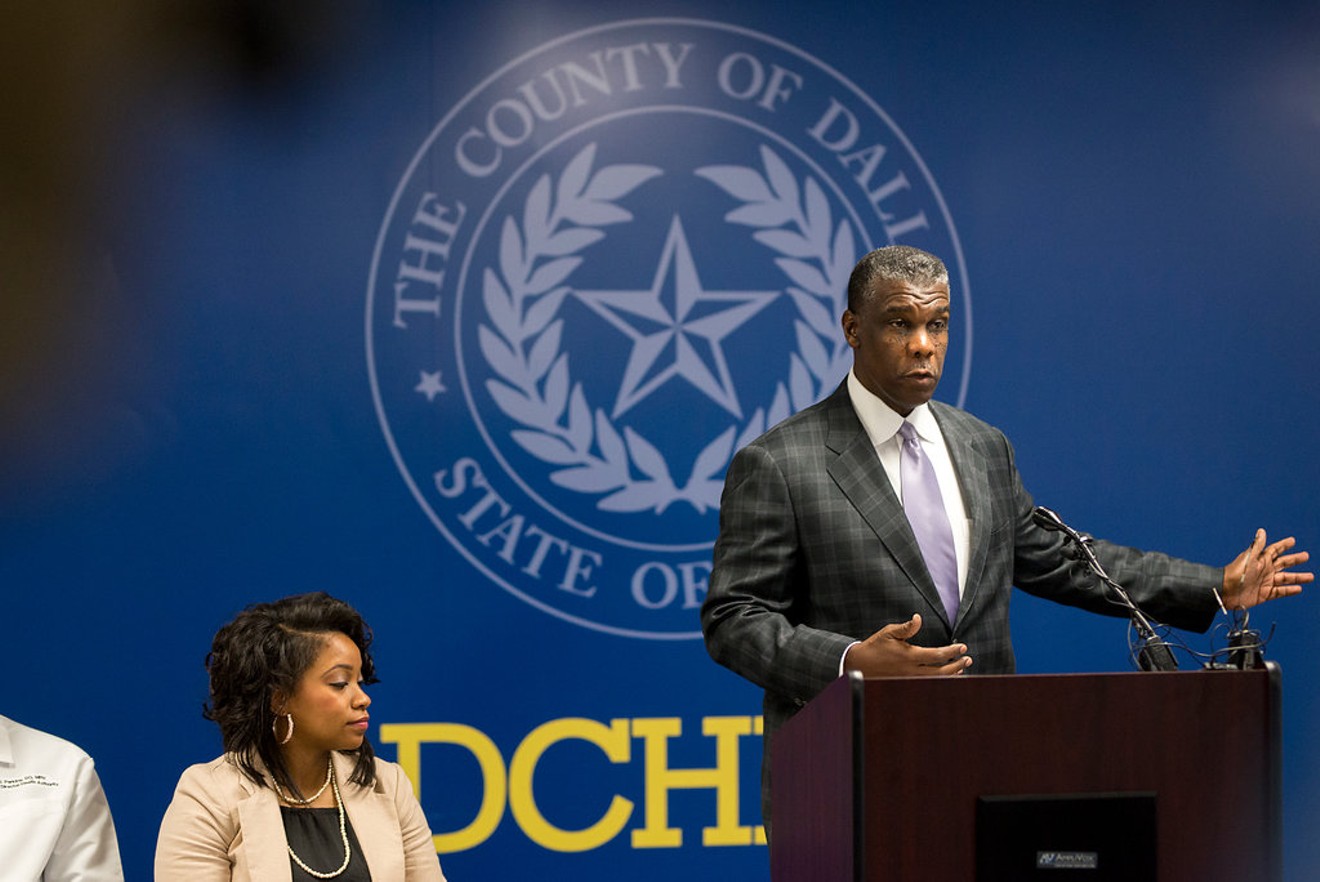 Zach Thompson was director of Dallas County Health and Human Services since 2003. Brian Maschino
Zach Thompson, director of Dallas County Human Health and Human Services, is out of the job he held since 2003. Initial media reports Thursday afternoon indicated that Thompson planned to retire Jan. 31, but DCHHS spokeswoman Renae Crutchfield told the Observer that Thompson has been off the job since Dec. 29. She also refuted reports from WFAA-TV and KXAS-TV that Thompson was escorted out of his county office Thursday.

Thompson's cellphone, on which he'd frequently taken media calls, even during the height of crises, appeared to no longer be in service Thursday.

Thompson took the top job at DCHHS after eight years as a deputy director for the department. During his time as director, he oversaw Dallas County's response to the West Nile outbreak in 2012 that killed 13 county residents, as well as the Ebola crisis of 2014, during which two Dallas nurses became infected with the disease after treating a Liberian man who came to Dallas after being infected with the virus in his home country.

Crutchfield declined to provide details about the reasons for Thompson's sudden departure. She said the county would provide more information through Dallas County Judge Clay Jenkins later this month.

DCHHS' Ganesh Shivaramaiyer, assistant director of finance, budget and contracts for DCHHS since 1991, was named the interim director of the agency.