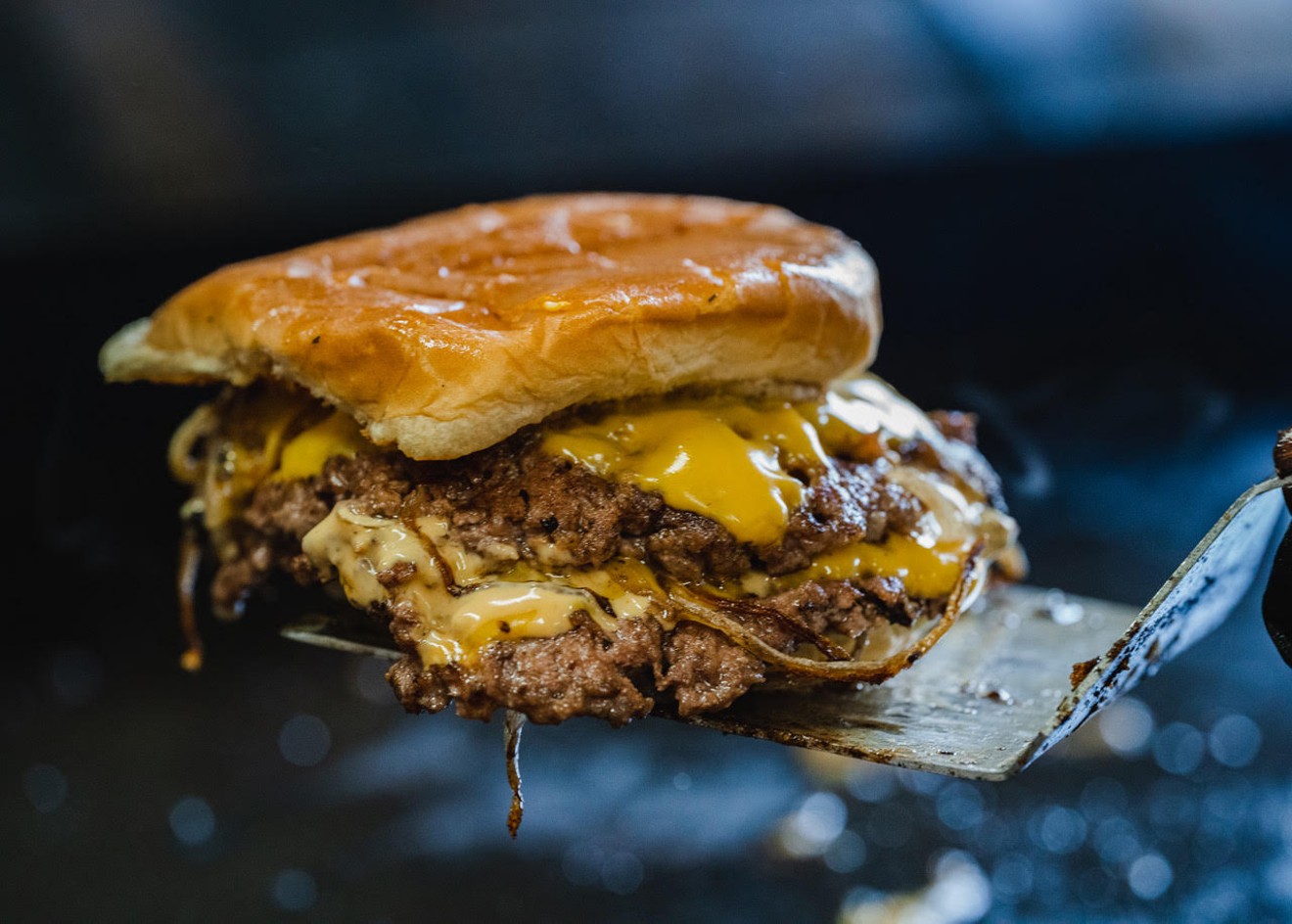 For Dave Culwell, burgers were never in the equation, but maybe his math was never right. His friends and his 13-year-old daughter kept the pressure on. Every backyard cookout they would say, “How about a burger schmurger?”

He wanted to do tacos or a backyard barbecue but gathering after gathering, the term was thrown around until he had no choice. A logo was quick to follow, and Burger Schmurger became a smushed reality.

The question is how did these smashed L.A.-style burgers make their way here to Dallas? Well, that’s more a story about Culwell than it is about a burger.

Culwell was born and raised in Los Angeles and spent most of his 20s and 30s in Portland where he played jazz. After bouncing around a bit, he found himself in the same situation many have; he fell in love with a Texas girl, an East Dallas one to be more precise.

After a few years of selling real estate, opening brokerages and starting his own coaching and consulting business, Culwell followed his wife back home to East Dallas, which is where his daughter talked him into Burger Schmurger.

From the start, his backyard griddle stayed hot. Soon pop-ups ensued, then private parties and eventually he landed a permanent spot at Oak Highlands Brewery in North Dallas. 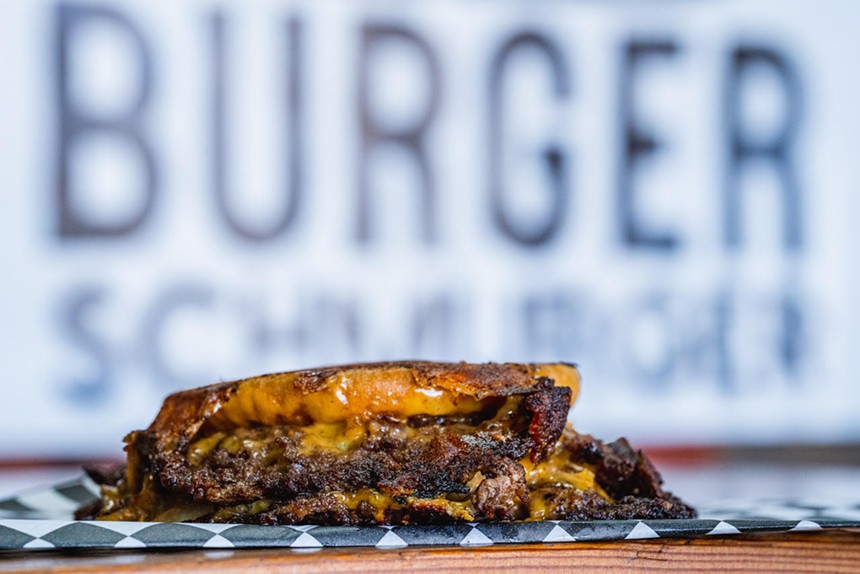 The Boxing Day burger was a Dec. 26 special at Oak Highlands Brewery.
Sean Welch
Culwell uses an 80/20 mix of ground beef and mashes his patties thin on the griddle. Cheese is laid on the patty while still on the grill where it melts. It’s then placed on the crisp and luscious buttered and grilled bun. The finishing touch is a mix of his house-brined pickles and onions.

After trying our first Burger Schumurger at a pop-up, we decided to go back to check him out at the brewery. The day after Christmas he was debuting his “Boxing Day” burger that’s a spin on his namesake Schmurger, but topped with grilled onions and pickles, burger sauce, crumbled bacon and inverted buns (photo above).

It was oddly similar to a grilled cheese but clearly on steroids. The texture of the bun and the copious amount of cheese make it one of the best things we tried in 2021 and look forward to what’s in store for Burger Schmurger in 2022.

Follow the schmurgers on Instagram.
KEEP THE DALLAS OBSERVER FREE... Since we started the Dallas Observer, it has been defined as the free, independent voice of Dallas, and we'd like to keep it that way. With local media under siege, it's more important than ever for us to rally support behind funding our local journalism. You can help by participating in our "I Support" program, allowing us to keep offering readers access to our incisive coverage of local news, food and culture with no paywalls.
Make a one-time donation today for as little as $1.