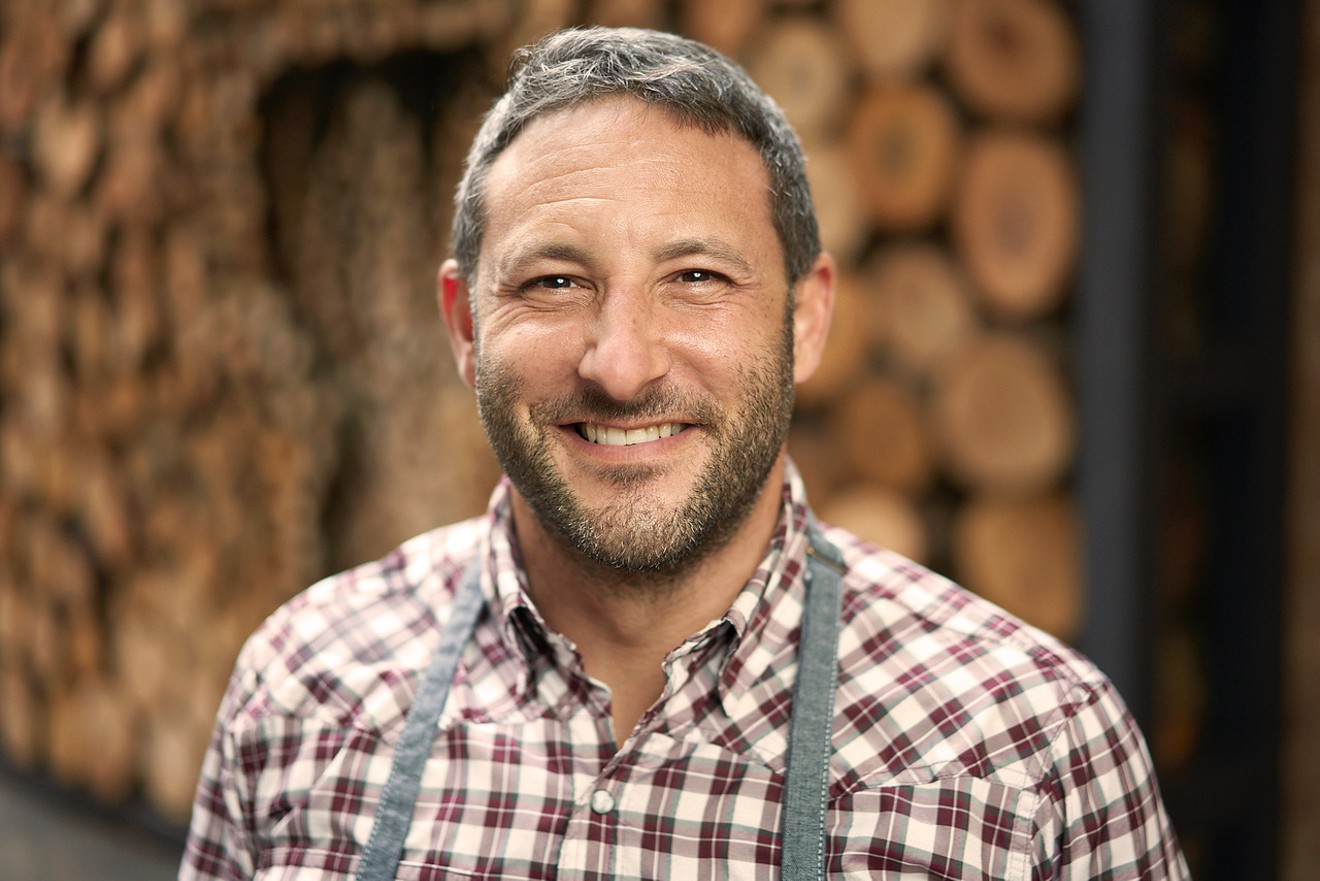 “We’re really taking a modern approach to a lot of traditional Texas dishes,” he says, noting that flavors come from all areas of Texas, dipping into Louisiana, too.

Jaxon is going into the Discovery District — that new redeveloped area around AT&T downtown. It’ll have 34 beers on tap, 4,400 square feet of interior dining space and a 10,000-square-foot patio. (From that large spot, you’ll be able to see the 104-foot-tall media wall, which plans to show movies, sports and curated digital art.)

So, about the food. The release sent Tuesday says “Texas fare,” but with green chili-brisket mac and cheese balls and smoked chicken pot pie pozole, it feels quite Southwest, which is perfectly fine. 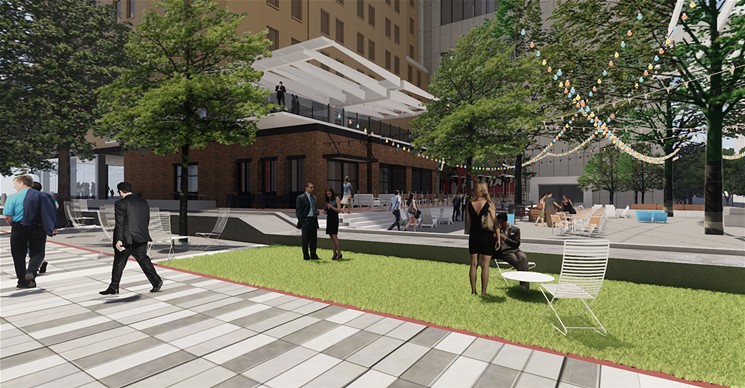 Rendering of an angle of the Discovery District and facade of JAXON
courtesy the Hospitality Alliance
“I certainly hope for people to come in and experience some of their favorite dishes and familiar dishes, just approached in a more unique and whimsical way … by the presentation and by the way in they’re delivered,” the chef says.

As for what that means:

Whether that’s really “whimsical” will have to be verified when Jaxon opens. But hey, the CBD gets another place that’s open later, serving food and beer, and that’s not a bad thing, especially when it’s coming from a James Beard-nominated chef.

Gilbert started his work in the industry at Michelin-starred Vermeer in Amsterdam. He’s served as the executive chef of the Beverly Hilton’s landmark restaurant and Stephan Pyles’ Sustenio in San Antonio.

Jaxon, 311 S. Akard St. (downtown). 10:30 a.m.-midnight Sunday-Thursday, 10:30 a.m.-2 a.m. Friday-Saturday. 214-838-1422. Planned to open in March.
KEEP THE DALLAS OBSERVER FREE... Since we started the Dallas Observer, it has been defined as the free, independent voice of Dallas, and we'd like to keep it that way. With local media under siege, it's more important than ever for us to rally support behind funding our local journalism. You can help by participating in our "I Support" program, allowing us to keep offering readers access to our incisive coverage of local news, food and culture with no paywalls.
Make a one-time donation today for as little as $1.