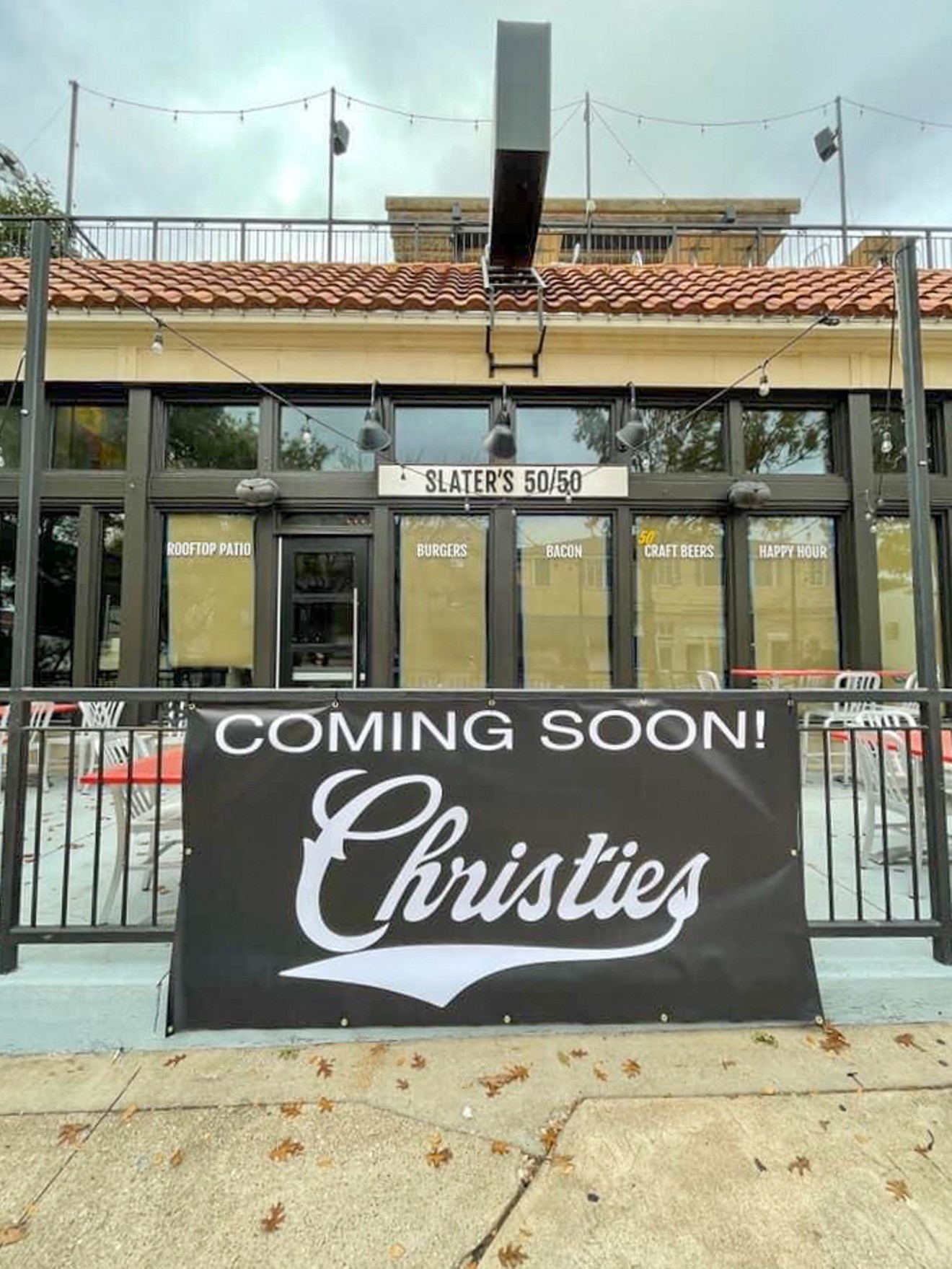 Aurora Dominguez
This past July, Christies Sports Bar and Grill announced they would close because of COVID-19 effects on business. Often dubbed “the Cheers of Uptown,” Christies was one of many restaurants to face pandemic-related closures in Dallas, leaving regulars disappointed.

Although their original Facebook post said they would not reopen, Christies owner Ashton Christie has kept faith in the beloved sports bar’s future

Just before Thanksgiving, Christies announced they would reopen early next year on Greenville Avenue.

“I have always ... thought [Greenville Avenue] would be a great second location for Christies,” Christie says. “Considering what happened to the original location, it was a no-brainer where we wanted to head to next. We are very excited to be a part of the neighborhood.”

Christies will open in the space previously occupied by Slater’s 50/50 in Lower Greenville, and it will be owned by Ashton Christie and Jordan Carson, the latter of whom worked at the original Christies under Christie as a manager.


"When we found this was available, it was the only place we could picture the new Christies.” — Jordan Carson

“Me and Ashton both have always loved Greenville Ave., and Greenville Ave. has always been a huge part of the heart of Dallas,” Carson says. “After months of hoping for a new location, everything fell into place. There are so many great districts in Dallas. When we found this was available, it was the only place we could picture the new Christies.”

The new Christies will boast multiple levels, according to Carson, along with a rooftop and more television screens.

Christies will still remain centered on sports, and Carson assures us their famous wings are there to stay.

A grand opening for the new location date is expected to be announced soon.

Christies Sports Bar, 2817 Greenville Ave. (Lower Greenville). Set to open in 2021.
KEEP THE DALLAS OBSERVER FREE... Since we started the Dallas Observer, it has been defined as the free, independent voice of Dallas, and we'd like to keep it that way. With local media under siege, it's more important than ever for us to rally support behind funding our local journalism. You can help by participating in our "I Support" program, allowing us to keep offering readers access to our incisive coverage of local news, food and culture with no paywalls.
Make a one-time donation today for as little as $1.