Chubby Dog Farm and Brand Up for Sale. It's not the Pandemic. 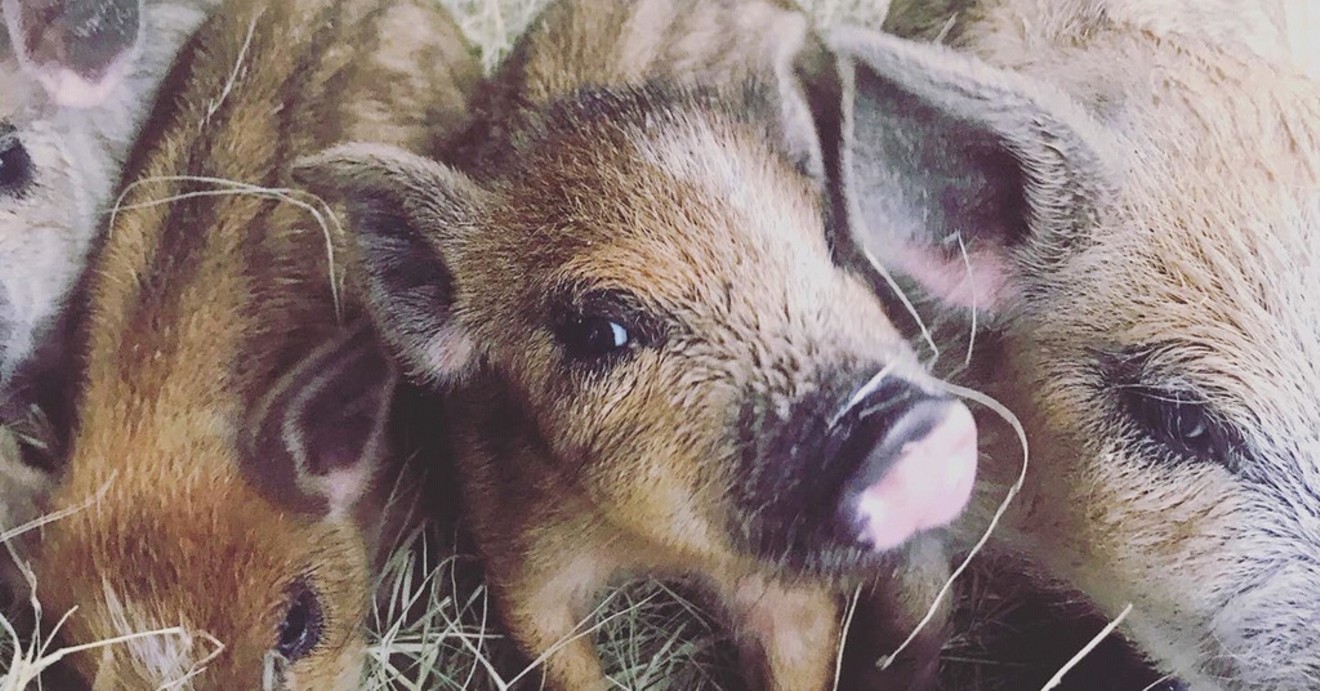 Heritage pigs are known for producing some of the best pork. courtesy of Chubby Dog Farm
It was just two months ago that we were talking with Chubby Dog Farm owners about how they were weathering the pandemic.

Their pork is on menus all over Dallas, the quality is wonderful and chefs like them — for the product and the two people who own and run it, Karyn and Calvin Medders.

Now, their farm is for sale.

The owners announced the news through Instagram Wednesday, saying they’re expecting their fourth grandchild and they’re looking to spend more time with family.

“We started the farm in 2013, and the kids started having grandchildren in late 2015, so we've only met the 3 girls 1-2 times each,” the post reads. “…Our farm has changed our lives, but we feel that we need to KNOW our grandchildren. With the 4th due in April, we felt the pull for a major life change. Our priorities have shifted.”

The farm has remained sustainable this year, even with the coronavirus pandemic throwing hurdles for them to jump over, such as drops in restaurant sales. They’ve made adjustments, such as making their pork available through Profound Foods. Calvin and Karyn Medders
courtesy of Chubby Dog Farm
The Medders say they want to give someone the opportunity to buy the farm along with the Chubby Dog Farm brand, to build on what they’ve built, the genetics and the story.

Those people will have big shoes to fill. As chef Misti Norris of Petra and the Beast told us, their pigs are “amazing,” but there’s more to it than that.

“On top of probably everything, they're just really awesome people. They're very kind, very understanding, they always ask for feedback, they're always open to suggestions, they're always trying something new. It just kind of fit in with our philosophy and the way that I look at food and the way we cook and everything like that,” Norris said in August.

The plan is for the Medders to continue their operations until they sell the farm or process the last pig next summer.
KEEP THE DALLAS OBSERVER FREE... Since we started the Dallas Observer, it has been defined as the free, independent voice of Dallas, and we'd like to keep it that way. With local media under siege, it's more important than ever for us to rally support behind funding our local journalism. You can help by participating in our "I Support" program, allowing us to keep offering readers access to our incisive coverage of local news, food and culture with no paywalls.
Make a one-time donation today for as little as $1.