Is Someone Trying to Poach the Area's Best Pitmasters for a New Barbecue Joint? 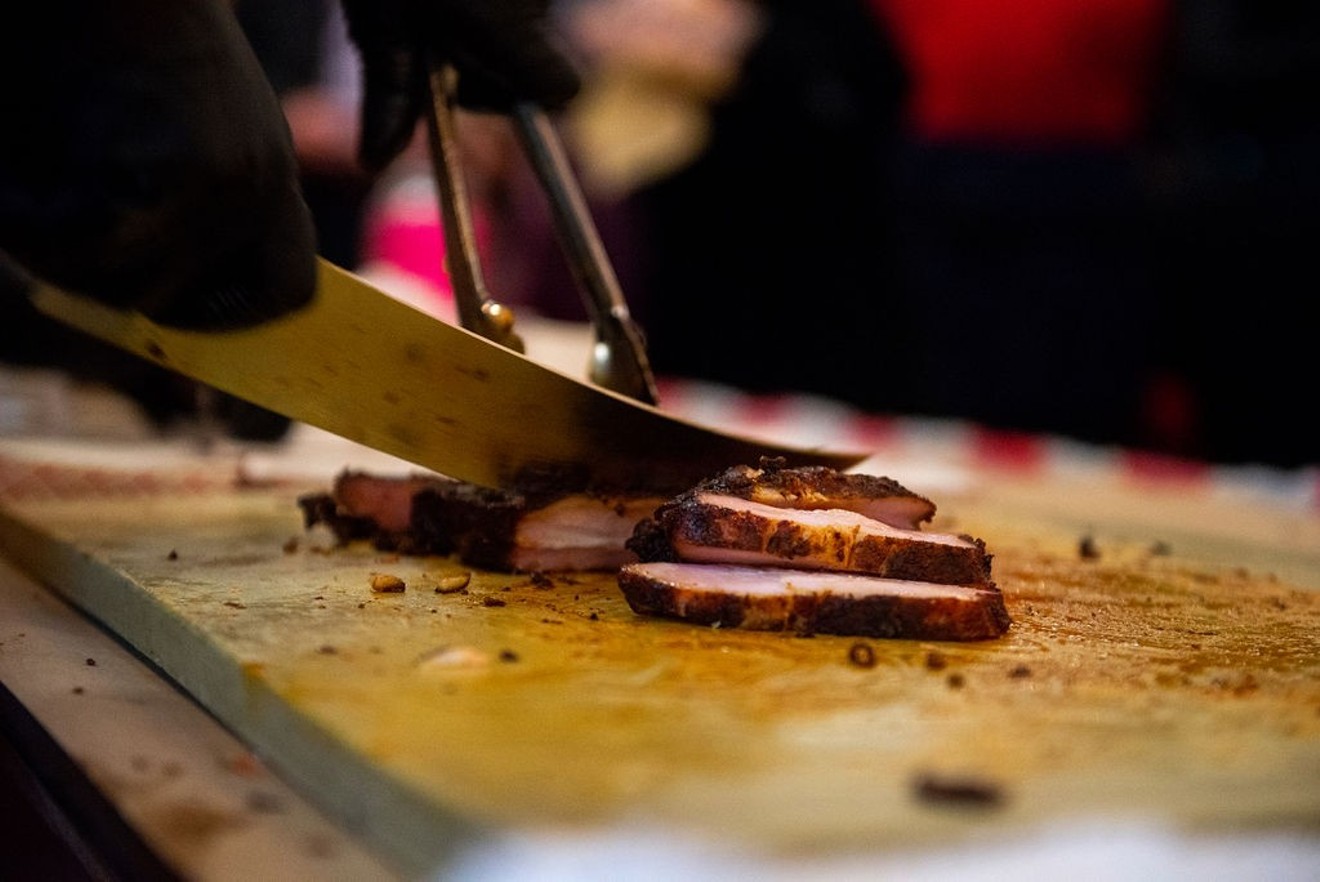 Heads up, DFW pitmasters: someone on Craigslist is on the hunt for your recipes. Brian Maschino
It's a fact of life in our capitalist society that workers come and go from jobs all the time, and in the restaurant and service industry, employee turnover is a cost of doing business. Sure, there are some restaurants with staff that have been with the establishment since they opened, but for every one of those stories, there are hundreds more of wait staff, line cooks or even chefs and managers who hop from one job to another with almost alarming frequency.

So at first glance, we weren't exactly surprised to come across a posting in the gigs section of Craigslist, looking for help at a yet-to-be announced barbecue restaurant somewhere in the DFW area. The title of the Craigslist ad is direct, to the point, and like so many other ads, written in all caps:

Now, your humble author eats a lot of barbecue, and writes about quite a bit of it, too. I even dabble with a small smoker at home and have been known to turn out a serviceable brisket or pork shoulder from time to time. Is that the experience they need? Naturally, I clicked the ad to find out.

The ad sets some requirements straight away. "YOU MUST HAVE RECIPES AND IMPRESS US FOR THE JOB - LONG TERM FLEXIBLE HOURS! GREAT PAY!" writes the anonymous author, who still shows a zealous favoritism to the caps lock key. And then there's the kicker: "$500 bonus if you have work experience with any of the below restaurants."

The list of restaurant reads like a DFW barbecue who's who. Hutchins, Lockhart, Cattleack and Pecan Lodge are the top of the list, along with almost two dozen other establishments. Some joints are listed twice, and Slow Bone curiously is listed three times. Following the list is a disclaimer, with yet more all-caps embellishment: "IF YOU WORK AT DICKEY'S OR SPRING CREEK - WE ARE NOT INTERESTED. THAT IS NOT BBQ TO US." Hey, us too!

Behold, the Craiglist barbecue wish list.
Craigslist screencap
But let's get back to the key takeaway: someone is clearly trying to poach the best recipes from the the area's biggest names in barbecue.

Now, we're not going to pretend that the area's chefs don't share techniques, tips and tricks among their peers. Pitmasters are no exception, and in our experience, they all seem to love to get together over a beer to talk shop. This sort of sharing and emulation happens in every restaurant in every city. But what this ad is asking for is different. They're asking for employees to steal the recipes from another restaurant's kitchen to pass off as their own.

There's a fine line to be tread here. Naturally, chefs are part-time teachers, who work with their staffs to execute their culinary vision on a daily basis. The successful ones are those who have a team who will listen and learn from them, with the end goal of their team being able to turn out dishes with decreasing supervision. Naturally, some of these prep and line cooks will strike out on their own, and take with them the lessons imparted from their former bosses. And by and large, most chefs love to hear of their proteges becoming successful at a restaurant of their own.

But stealing a recipe from your former establishment shows you've learned nothing. And any new (or existing) restaurant that blatantly encourages that kind of behavior deserves to be taken to task. We love seeing creativity at new restaurants, even when it's a cuisine that is steeped in tradition, like Texas barbecue. We want a hot mess from Pecan Lodge, the bacon burnt end from Heim or the pastrami when it shows up on the specials board from Cattleack. No one wants a new restaurant that simply mimics what the other guys are doing.

Get creative. Experiment. And if you're any good, your fans (and eventually, the media) will shower you with praise that you've rightly earned.
KEEP THE DALLAS OBSERVER FREE... Since we started the Dallas Observer, it has been defined as the free, independent voice of Dallas, and we'd like to keep it that way. With local media under siege, it's more important than ever for us to rally support behind funding our local journalism. You can help by participating in our "I Support" program, allowing us to keep offering readers access to our incisive coverage of local news, food and culture with no paywalls.
Make a one-time donation today for as little as $1.