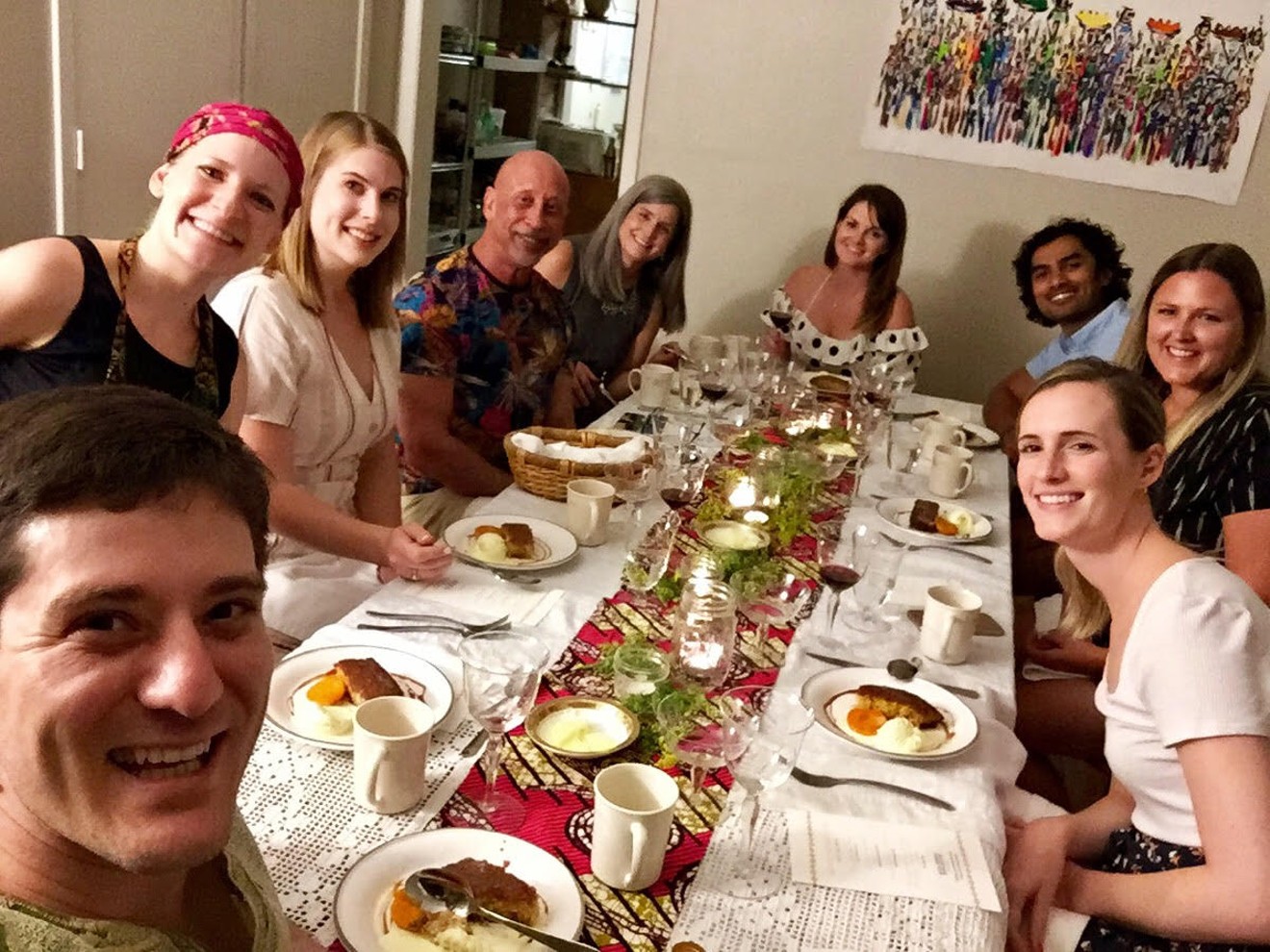 Kuluntu's supper clubs are hosted in their home and capped at eight people to foster a sense of intimacy. Stephanie Leichtle-Chalklen
A Dallas couple is fostering community through baking, food and the history of South Africa.

Leichtle-Chalklen and Chalklen met in their graduate school program at Texas A&M University, where she was getting her master’s degree in public service and administration, and Chalklen — a native of Johannesburg, South Africa — was working on his doctoral degree in urban education.

It was also in grad school that Leichtle-Chalklen began baking as a hobby. After graduation, she moved to New York to work in the nonprofit world but continued baking on the side, then started selling her baked goods at a Sunday market. 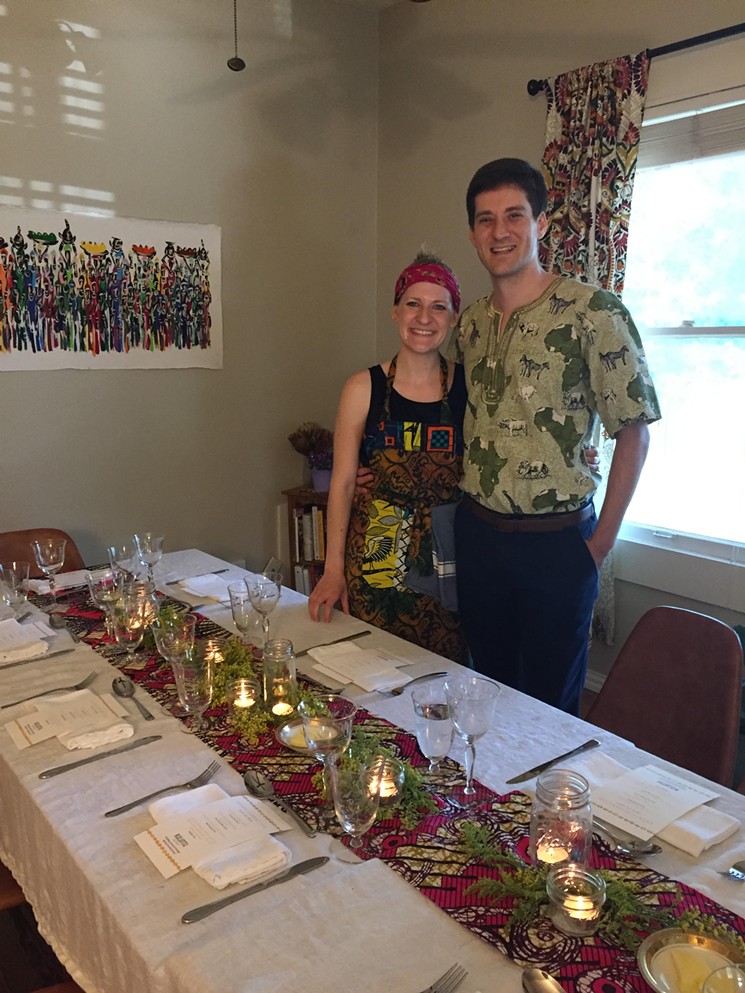 Leichtle-Chalklen quit her nonprofit job and started working at two French patisseries, where she learned from some of New York’s top pastry chefs. After New York, the couple briefly moved to Cape Town, South Africa.

“I always knew if we got together, we’d live in South Africa,” Leichtle-Chalklen says. “He’s just so connected to it.”

While they were there for only six months, their experience in Cape Town helped the couple’s purpose materialize. 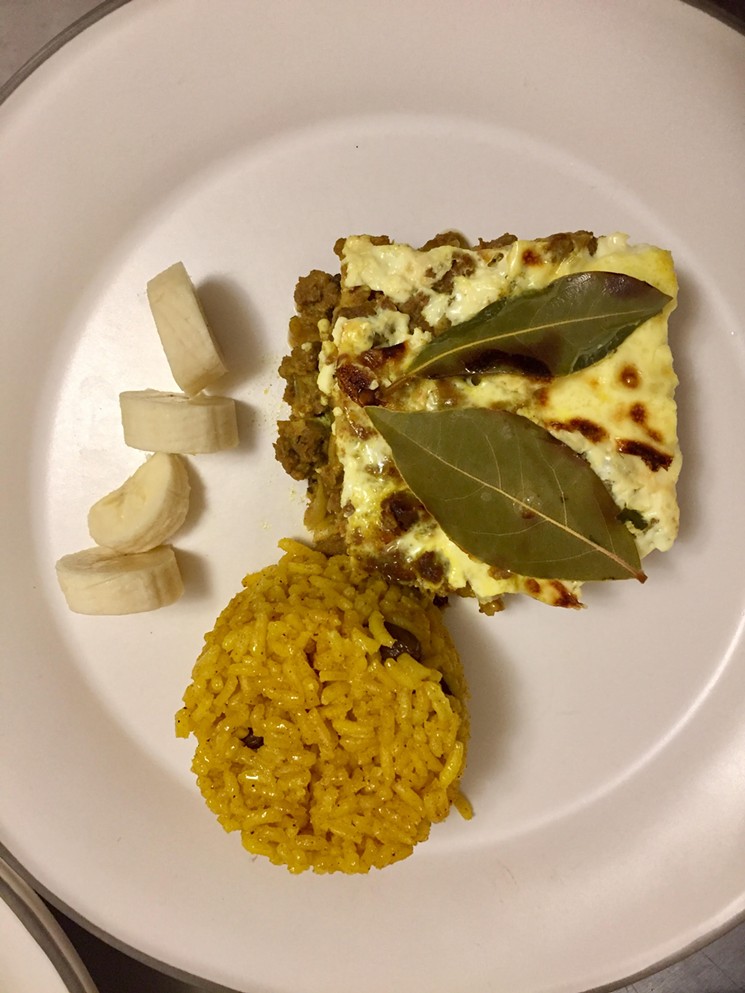 Dinners offer new flavors and dishes to guests to help educate about South African cultures.
Stephanie Leichtle-Chalklen
"The moments that we were home revealed to us what it is we’re supposed to be doing,” Chalklen says. “We did a road trip into a village in the Eastern Cape. Stephanie learned to bake bread at 4 o’clock in the morning over a fire. And I’m trying to translate and doing a terrible job. And eventually the woman was like ‘Dude, stop. We understand each other.’ Even though they didn’t speak the same language.

“There were these moments of connection with people that made us think, ‘Hold on, there’s something beautiful happening here, but it can’t be its best self here right now, it has to go somewhere else,’” Chalklen says.

The couple returned to Dallas in July 2018. Leichtle-Chalklen began Kuluntu Bakery in Cape Town and chose to continue it in Texas. “We decided to take the whole concept back with us to see where we could take it,” she says.

Chalklen works full time as a manager for diversity, equity and inclusion for a large health system. He trains people about unconscious bias and how to have difficult conversations about race and class.

“Part of my role is being the person in the room who brings the equity lens to situations,” Chalklen says.

Kuluntu is a full-time job for Leichtle-Chalklen. It’s a cottage baking business, meaning she does everything out of their home.

She teaches workshops, mostly related to her specialty — sourdough — she does pop-ups around town, she fulfills custom orders and she manages and hosts the Ubuntu Supper Club, which she began in February.

“The beauty of the South African perspective is that America is a very individualistic country and South Africa …  all of Africa … isn’t. It’s really based on community there,” Leichtle-Chalklen says. “We’re really bringing that perspective to running a business and sharing it with people.” 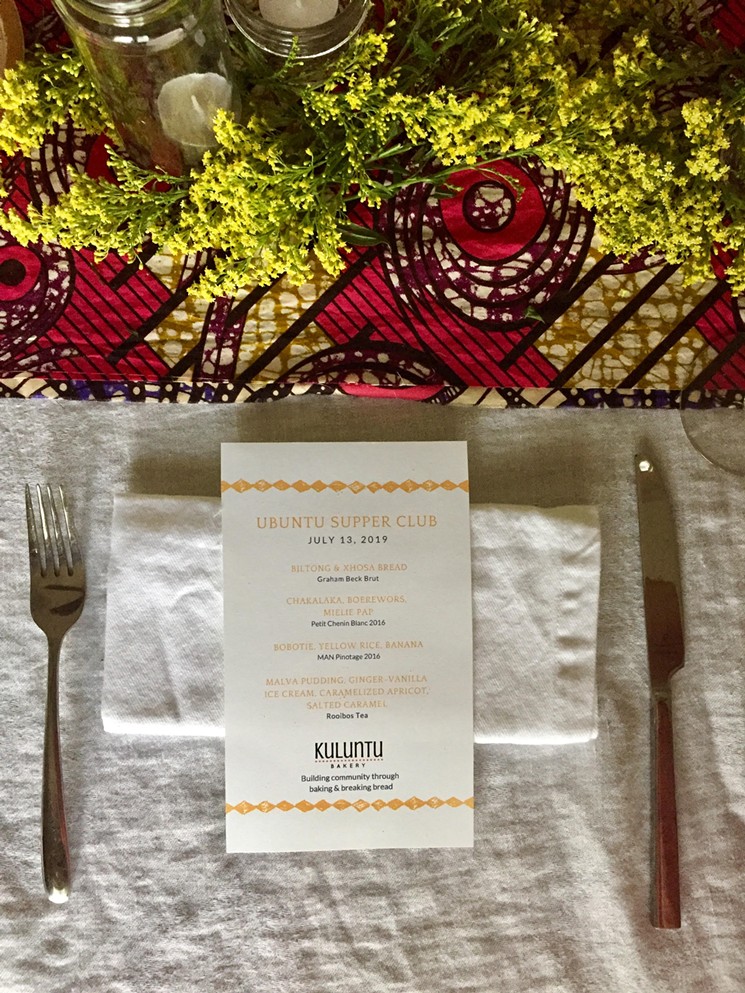 “Part of being South African is really grappling with the tensions of inequity and … how can we use our experiences to bring some healing,” Chalklen says. “The supper clubs are the opportunity to have a little taste of home, share the best parts of what South Africa is about and bring people on a journey of culture, history and examining inequity.

“Ubuntu means ‘I am because you are.’ If someone is on the margin, we’re all on the margin,” he says. “I see you and you see me, and we’re in this together. Stephanie brings her beautiful talents from the perspective of food, but what we’re really trying to do is create what we want the world to look like at the dinner table.”

For each Ubuntu Supper Club, Leichtle-Chalklen prepares a three-course meal paired with South African wines. The food is traditional South African, all from different ethnic groups, to show the diversity of the cuisine. As guests dine, they learn about where the food originated, the ingredients and its cultural significance.

“It’s not just food,” Chalklen says. “You’re eating a dish and someone gives you a background of the dish before you eat it. So you’re thinking about what’s in your mouth and why it’s like that.”

These supper clubs are hosted in their home and capped at eight people to foster a sense of intimacy. Chalklen is the host. “One of the key words is ‘experience,’” Chalklen says. “It’s so easy to sit down and eat food and talk. But we’re trying to go deeper with people.”

Kuluntu means “community” in isiXhosa, a South African language of the amaXhosa tribe. Beyond the supper clubs, Leichtle-Chalklen’s goal is to “build community for baking and breaking bread.”

She’s in the planning stage of a nonprofit business, which will be a brick-and-mortar bakery focused on women and community building. It will offer a training program for women and pay living wages, offer benefits, child care and transportation, if necessary.

“I want to address all these barriers women face because we’re women,” Leichtle-Chalklen says. “Kuluntu will try to create economic opportunity and skill-building, with a South African twist to it.”

Leichtle-Chalklen knows it will take a few years before her full vision of Kuluntu is realized. She is working on volunteering in her community, networking and finding mentors.

Kuluntu Bakery, 469-933-4960, [email protected]
KEEP THE DALLAS OBSERVER FREE... Since we started the Dallas Observer, it has been defined as the free, independent voice of Dallas, and we'd like to keep it that way. With local media under siege, it's more important than ever for us to rally support behind funding our local journalism. You can help by participating in our "I Support" program, allowing us to keep offering readers access to our incisive coverage of local news, food and culture with no paywalls.
Make a one-time donation today for as little as $1.
Paige Weaver
Contact: Paige Weaver