There is a noticeable lack of Filipino food in Dallas, with only a handful of restaurants in the area. Ulam Modern Filipino Kitchen, a pop-up concept, helps to fill that void. With monthly events at Peticolas Brewing Co.  throughout the summer, chef and owner Anna Swann is bringing the flavors of the Philippines to Texas.

While her full-time job is in product development, cooking is Swann’s creative outlet. She’s a self-taught cook who made it to the top 80 of MasterChef auditions in 2015.

Swann moved to Texas from California in 2006 for college and began cooking for her friends to bring the flavors of home and memories of her California family to her new state.

"The Filipino dishes that I make are my taste of home.” – Anna Swann


“What I miss the most are the impromptu get-togethers with my family,” Swann says. “It wasn’t until I moved away from home and my grandpa passed away that I fully wanted to connect back to my Filipino roots.

“For me, now, the Filipino dishes that I make are my taste of home. They bring back so many memories of my family. I know I nailed a dish when I eat it and think of my grandma or dad.” 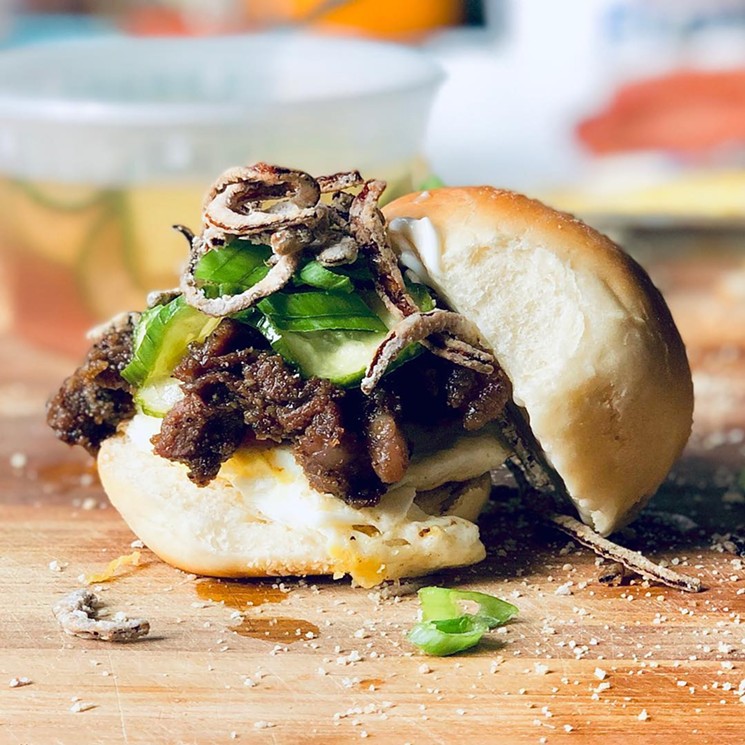 Ulam's beef tapa breakfast sandwich
Anna Swann
Ulam started as a progression from Swann cooking for friends. “The nature of Filipino culture is gathering around food and bringing people together. I wanted to replicate that with friends and share the food of the culture that I grew up with.”

Swann began doing pop-ups in 2017 as a way to reach a larger audience. “The whole basis of why I do this is because I just love that food has this power to bring people together,” Swann says. “Food is the heart and soul of the Filipino culture. It’s our love language.”

Swann takes the traditional Filipino flavors that she grew up eating and puts a modern take on them. “I’m not trying to fully elevate it, it’s more me putting a twist on these Filipino dishes that I love,” she adds. 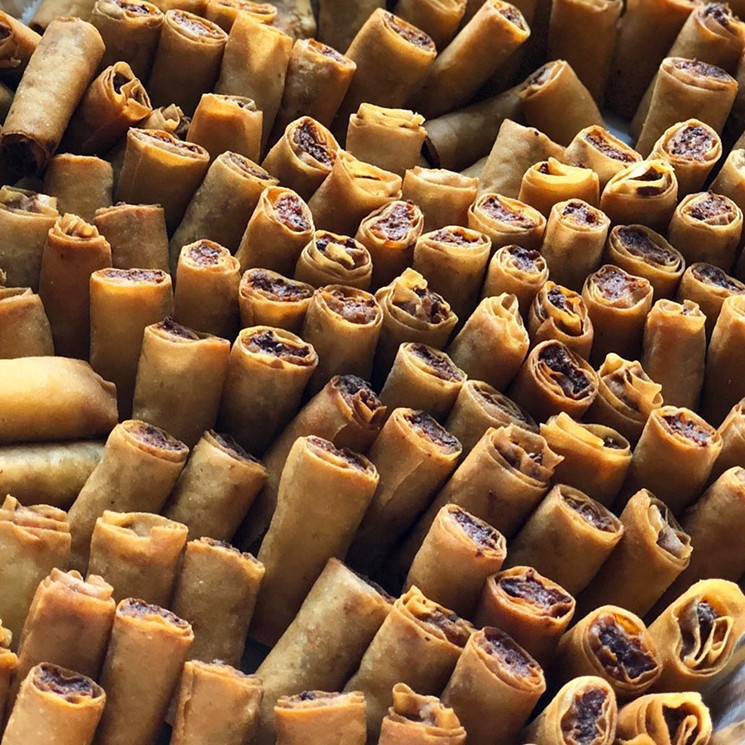 For her lumpia, Swann sticks close to her family's tradition.
Anna Swann
Her chicken adobo is an example of how she approaches her dishes. “Chicken adobo is the unofficial national dish of the Philippines,” Swann says. “Every person has their own version of it; it’s everyone’s taste of home.”

“My modern twist on it is that I do a sous vide fried chicken, and I use the sauce to make an adobo fried rice,” Swann says. “When you bite into it, it’s the same exact flavor, but the consistency and composition of the plate itself is different.”

Her version of Spam musubi includes pork belly in place of Spam, charred kale instead of nori and garlic sushi rice instead of plain rice.

“There are some things that I keep pretty traditional, though,” Swann says. “The lumpia Shanghai is my aunt’s recipe. The only thing I do different is that I serve it with a pineapple chili sauce; she would always serve it with a sweet and sour sauce.”

Until this year, her pop-ups were pretty sporadic, but in 2019, she challenged herself to do them consistently. Her June 23 pop-up at Peticolas sold out fast, but she has two more planned, one on July 28 and another on Aug. 18. You can buy tickets through her Facebook page.

“My goal was to be consistent with the pop-ups and see what happens with it,” Swann says. “I think catering or private parties could be a natural next step. A restaurant would be a pretty long-term goal.”
KEEP THE DALLAS OBSERVER FREE... Since we started the Dallas Observer, it has been defined as the free, independent voice of Dallas, and we'd like to keep it that way. With local media under siege, it's more important than ever for us to rally support behind funding our local journalism. You can help by participating in our "I Support" program, allowing us to keep offering readers access to our incisive coverage of local news, food and culture with no paywalls.
Make a one-time donation today for as little as $1.
Paige Weaver
Contact: Paige Weaver