Dallas Finally Gets A Verified Mobster Pizza Joint, Plus a Book-Signing This Saturday 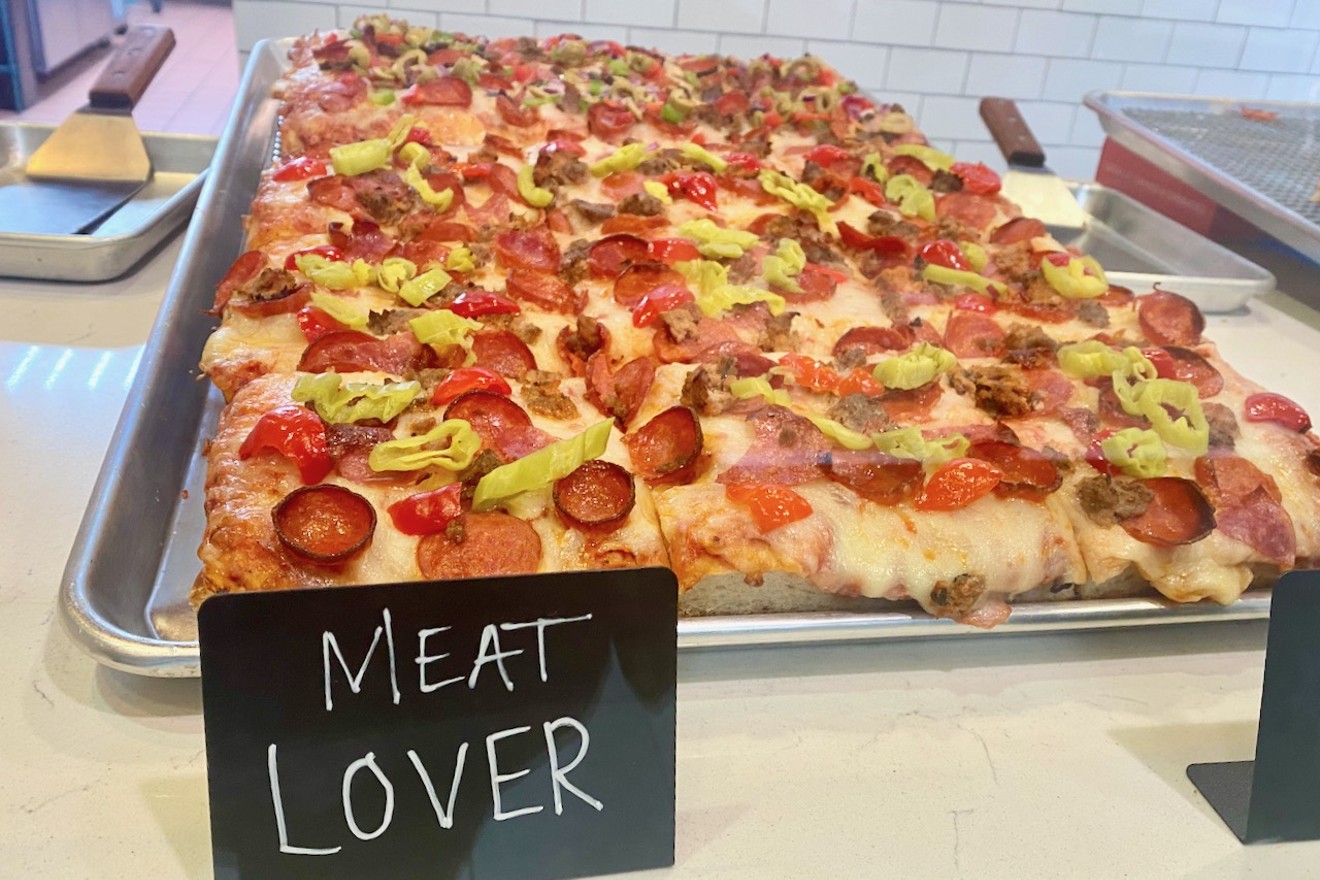 Lauren Drewes Daniels
Slices Pizza recently opened on Cedar Spring serving Sicilian-style pizza to-go. This is the fifth location for this budding chain out of California and, according to an employee, they have plans for two more spots locally, one in Deep Ellum and the other in the Bishop Arts District.
click to enlarge 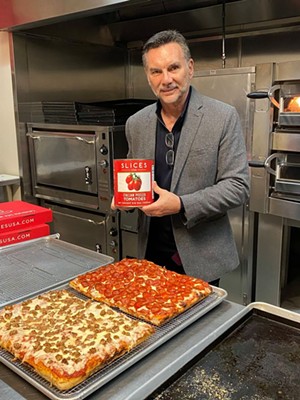 Founder Micheal Franzese has penned seven books since he left the mob. He'll be at the Uptown location Saturday to sign some copies of his latest book.
Slices Pizza


On a recent weekday around lunchtime, they had about five different pizzas displayed in a glass case like the new summer collection at Neiman Marcus. Thick squares of pizza were primed to be picked. After I chose a slice, the pizza was sent back to the kitchen, popped in an oven and a few minutes later handed over hot in a cardboard box.

The employee who took my order was giddy to share that Slices Pizza was found by Michael Franzese, a former mobster. Turns out Franzese was, in fact, a member of the Colombo crime family. In the 1980s he was involved in a gasoline tax scheme against the government, which landed him in prison in 1986 for conspiracy charges. After a release, then a subsequent parole violation, he finally bid adieu to prison in 1994. Since, he’s authored seven books and in 2019 he and Tony Riviera, who also had ties to the Colombo family, opened Slices Pizza.

Dallas finally has the gangster pizza it's always yearned for after years of speculation that Campisi's had mob ties. A notion the owners there mostly just giggle at.

This Saturday, June 12, Franzese will host a meet and greet and book signing at the new store from noon to 4:30 p.m.

There aren’t any tables, chairs or even outside dining here, it's strictly for pickup or delivery. The front of the store is small but the kitchen appears to be about three times as big.

The interior, decked in white subway tiles, is bright and clean; a large opening to the kitchen allows customers to watch the back of the house, always a confident move. 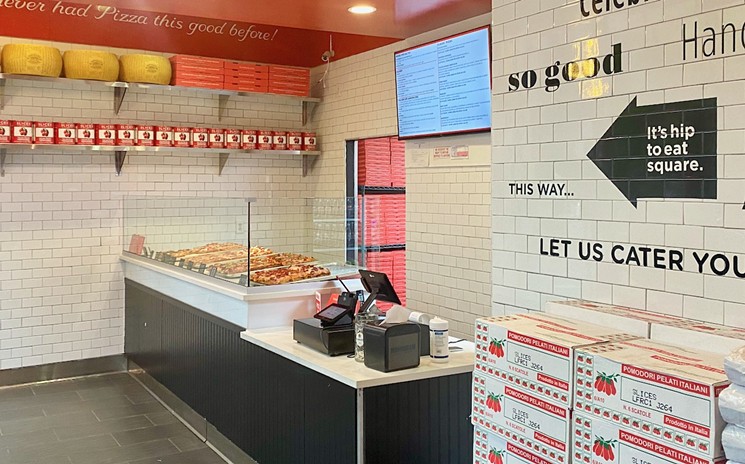 The small to-go spot is simple and small.
Lauren Drewes Daniels
Sicilian-style pizza is unique; the focaccia-like crust needs to be light and airy but strong enough to carry a load of cheese and toppings. And Slices Pizza has nailed it. The dough is tasty enough to be eaten without any toppings. Dollops of mozzarella on the Margherita pizza were pillowy, and creamy and house-marinated cherry tomatoes had a sweet pop flavor ($4.95 each). Salads are fresh and made to order and range from $7.95 to $9.95. If you're waiting in the store, you can watch them make your salad in the kitchen.

Margherita pizza and Greek salad; surprisingly fresh and flavorful lunch from a quick-serve spot.
Lauren Drewes Daniels
They use 00 flour from Naples, get their tomatoes from Campania and their ovens are hand-built in Venice. Pizzas are baked in custom-made black steel pans also imported from Italy. Sounds like they're in the import business, like in any "Leave the gun. Take the cannoli," type place.

However, Slices Pizza does not have cannoli. So you can't take it. (Why hasn't anyone opened Take the Cannoli Bakery? Dibs!)

They’re open until 3 a.m. Friday and Saturday nights, a bonus for all your late-night revelers (or early to church). Customers can order online to pick up whole pizzas, which start at $25.

2025 Cedar Spring Road, Monday through Thursday, 10 a.m. to 9 p.m., Friday 10 a.m. to 3 a.m., Saturday 11 a.m. to 3 a.m. and Sunday, 11 a.m. to 9 p.m.
KEEP THE DALLAS OBSERVER FREE... Since we started the Dallas Observer, it has been defined as the free, independent voice of Dallas, and we'd like to keep it that way. With local media under siege, it's more important than ever for us to rally support behind funding our local journalism. You can help by participating in our "I Support" program, allowing us to keep offering readers access to our incisive coverage of local news, food and culture with no paywalls.
Make a one-time donation today for as little as $1.