First Look: The New Taquero Is Bigger and Maybe Better Than the Original 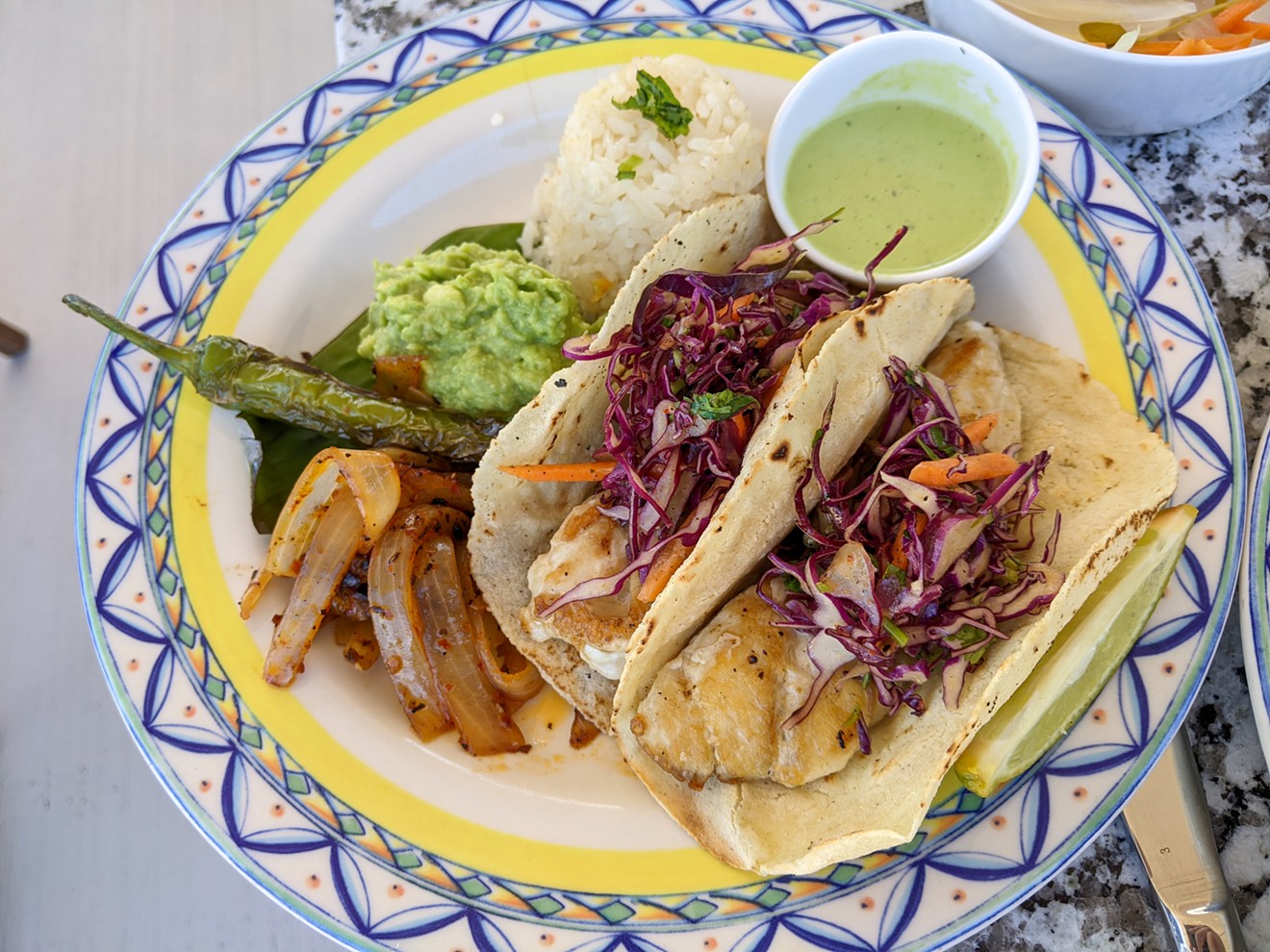 Taquero is back. Brian Reinhart
Once upon a time, there was a tiny little taco stand in West Dallas called Taquero. Just a few steps away from the Singleton Avenue traffic, Taquero opened in 2017 with two outdoor tables and seven bar stools. Owner Fino Rodriguez served his food out of a tiny kitchen, passing plates through a window to the waiting hands of his guests.

But things have changed. Now Taquero is a fully mature restaurant at the southern end of Dallas’ popular Greenville Avenue, with indoor and outdoor seating, cloth napkins and an enormous menu of dishes ranging from tlayudas and garnachas to mole negro and “modern” enchiladas. Garnachas at Taquero.
Brian Reinhart
The new Taquero opened over September’s last weekend, just in time for patio weather. The business that began at a tiny window now has ambitions to become one of Dallas’ best Mexican restaurants.

Rodriguez says the new restaurant is his chance to show off a lifetime of experience with traditional Mexican cooking. A native of the city of Matehuala, south of Monterrey, Rodriguez is now using his bigger kitchen to make corn tortillas from scratch — in a variety of colors — and create the mole negro, which takes four days to prepare.

There’s also an interesting emphasis on foods that were traditional in Mexico before the Spanish arrived in the 1500s.

“It’s the most natural to cook,” Rodriguez says of the pre-Hispanic recipes. “It brings the flavor out of the ingredients we use.”

The new menu is at least twice the size of the old one. There’s something here for most people, including, for some reason, a cheeseburger. I’ve visited twice already and enjoyed a tostada piled 3 inches high with shrimp ceviche and avocado ($10), a mayo-based ceviche of red snapper, which gets a bite from serrano chiles ($16) and garnachas, the tostada-like appetizer Rodriguez tops with black beans, brisket and molten cheese to create an indulgent comfort food ($12). 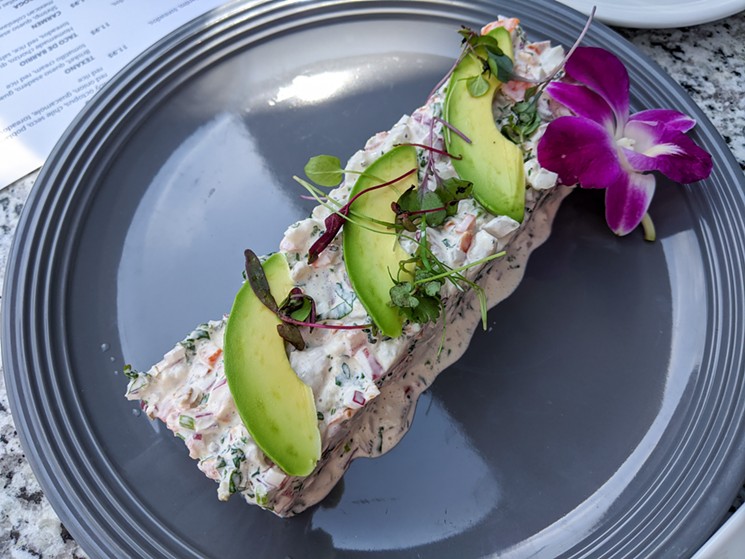 Taquero's mayo-based ceviche.
Brian Reinhart
At the old Taquero, ceviche was served in a bowl. Here it’s plated more formally and looks like something from the kitchen of a high-dollar restaurant. The new Taquero’s prices are higher, but you get what you pay for: Portions are huge. I found it very easy to over-order because so many things sound good — I still haven’t tried a single main course — and because even the appetizers are huge.

At the Singleton location, Rodriguez did what he could to make his outdoor setting more appealing; over the years he added more tables, plants and lighting. But eating at Taquero in high summer was still difficult, and the tiny kitchen limited the cooks’ abilities.

Taquero's new menu is at least twice as big as it formerly was.
Brian Reinhart
Right now, in the middle of a pandemic, I suggest ordering takeout from the new spot or going at odd hours. On a weekday at lunch, I was one of just two people eating on the patio, but one recent Saturday, patio tables, almost all occupied, were only 3 to 4 feet apart.

While the restaurant’s employees appeared to be following personal safety rules, I was more concerned for their own safety than for mine, especially watching them serve two large groups. Taking a few tables away and reducing capacity might hurt a brand-new restaurant, but protecting staff from sickness would be worth the cost.

If Taquero can live up to its early promise, and if it can navigate the challenges of the coronavirus, it could become one of Dallas’ all-around best Mexican restaurants, and a big improvement on the already-popular original location. I’m excited to return — but next time, I will be picking up my food to go.

Taquero, 5434 Ross Ave., 469-372-6049. Open 11 a.m. to 10 p.m. daily.
KEEP THE DALLAS OBSERVER FREE... Since we started the Dallas Observer, it has been defined as the free, independent voice of Dallas, and we'd like to keep it that way. With local media under siege, it's more important than ever for us to rally support behind funding our local journalism. You can help by participating in our "I Support" program, allowing us to keep offering readers access to our incisive coverage of local news, food and culture with no paywalls.
Make a one-time donation today for as little as $1.