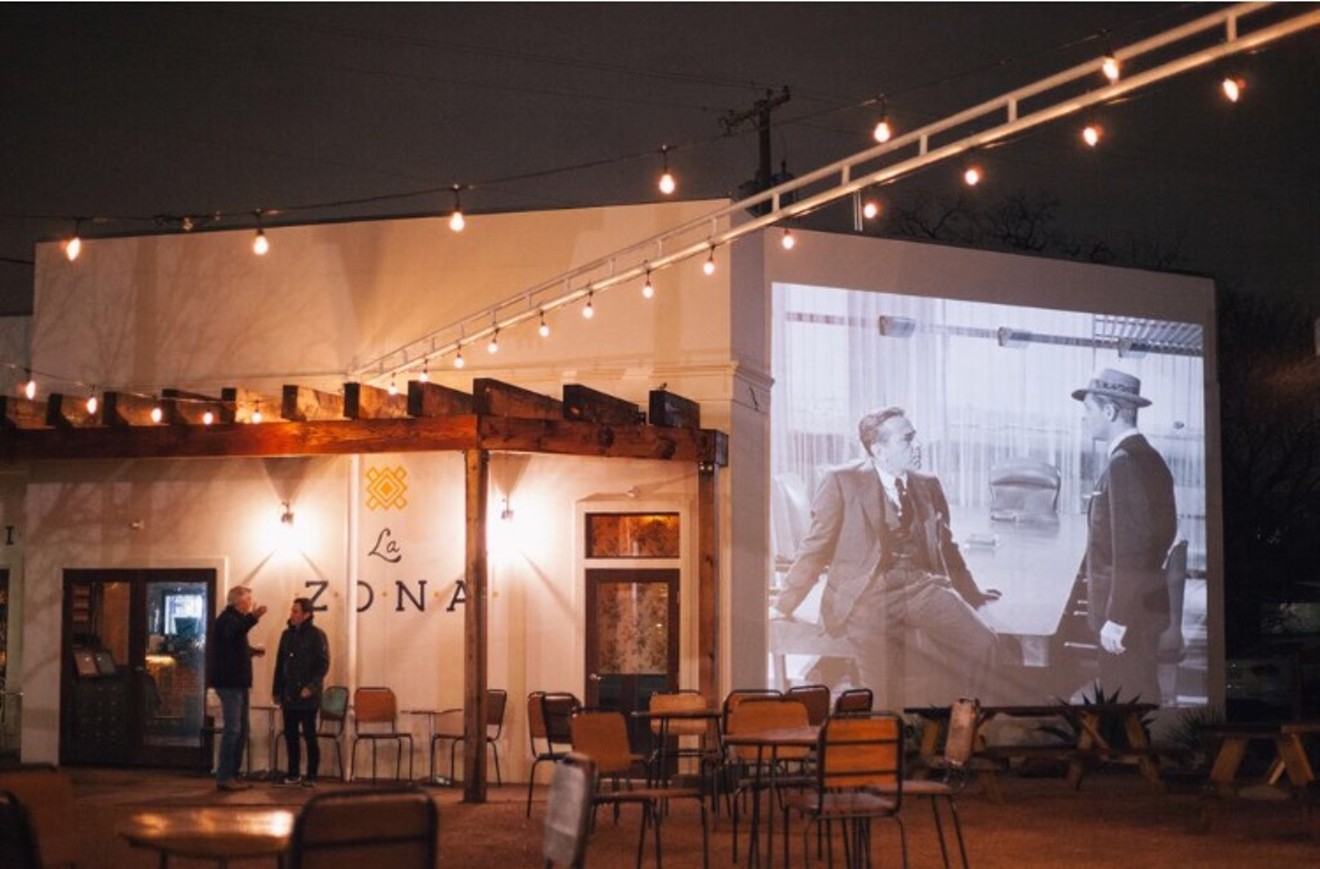 “We wanted to create a European square feel,” says co-owner Tyler Casey. “The restaurant is designed with a large patio between two small buildings. We tried to conserve as much of the existing older buildings as possible. It originally was a used-car lot.”

The structure has since been transformed into a Spanish-style motel, or “Hotel Madrid,” as the sign reads. Dallas’ Coeval Studio handled the branding and structural redesign of La Zona. Inside, find an extensive art collection as tasty as the menu covering every inch of the restaurant’s walls. Behind the bar, see old-fashioned room keys hanging below the word "lobby" in major Grand Budapest fashion. Casey describes the space as “a Spanish design with quirky flairs throughout.” 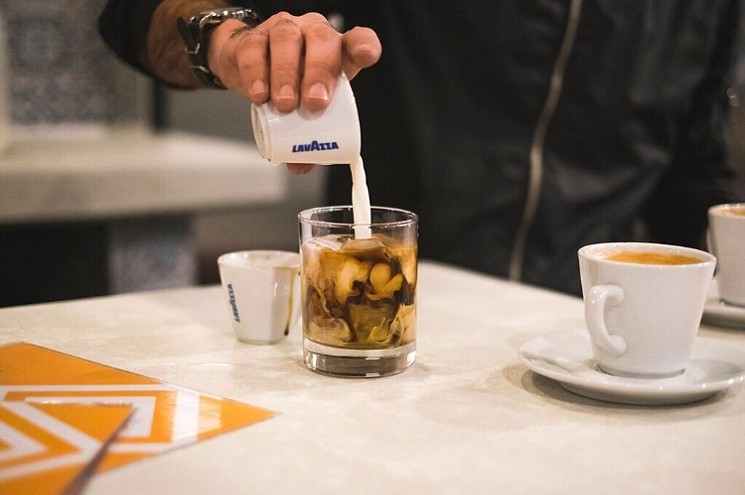 La Zona also serves as a sweet Spanish coffee shop.
courtesy La Zona
If you’ve ever been to Spain, you’ll be thrilled to learn tapas are a highlight of the menu here. The small, sharable plates feature traditional bites including tortilla (a potato and egg omelette) and croquetas (fried fritters). European-style pizzas, sandwiches and salads are also up for grabs.

Wash it all down with a pitcher of red or white Sangria and the popular Barcelona-brewed lager, Estrella Damm on draft. Cop a glass of cava (sparkling Spanish wine) and meet Champagne's evil twin. For dessert, don’t skip the flan.

Next door, find another tiny, whitewashed building: Saint Sofia. This churrería serves warm cinnamon treats and churro ice cream sandwiches as well as a variety of coffees and Italian sodas made with Topo Chico. 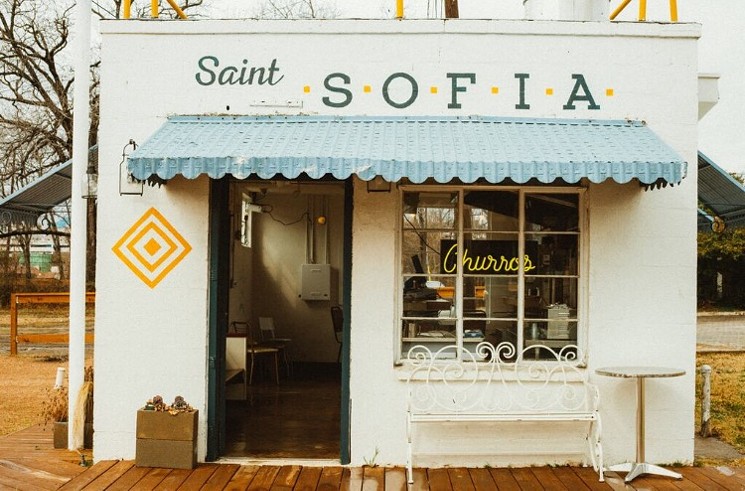 Fort Worth's new La Zona combines a restaurant, bar and coffee shop with a sweet churro stand.
courtesy La Zona
But La Zona is more than just a pretty face. Some of Dallas’ most popular DJs, including DJ Sober, Blake Ward and Ronnie Heart, can be caught entertaining weekend crowds. Looking for something more laid-back? Stop by for a movie night instead.

“We have a large cinema wall on the patio where we show old Bruce Lee, Charlie Chaplin and Hitchcock films,” Casey says.

He says the space was also created with families, dog lovers and couples in mind.

La Zona, 1264 W. Magnolia Ave., Fort Worth
KEEP THE DALLAS OBSERVER FREE... Since we started the Dallas Observer, it has been defined as the free, independent voice of Dallas, and we'd like to keep it that way. With local media under siege, it's more important than ever for us to rally support behind funding our local journalism. You can help by participating in our "I Support" program, allowing us to keep offering readers access to our incisive coverage of local news, food and culture with no paywalls.
Make a one-time donation today for as little as $1.