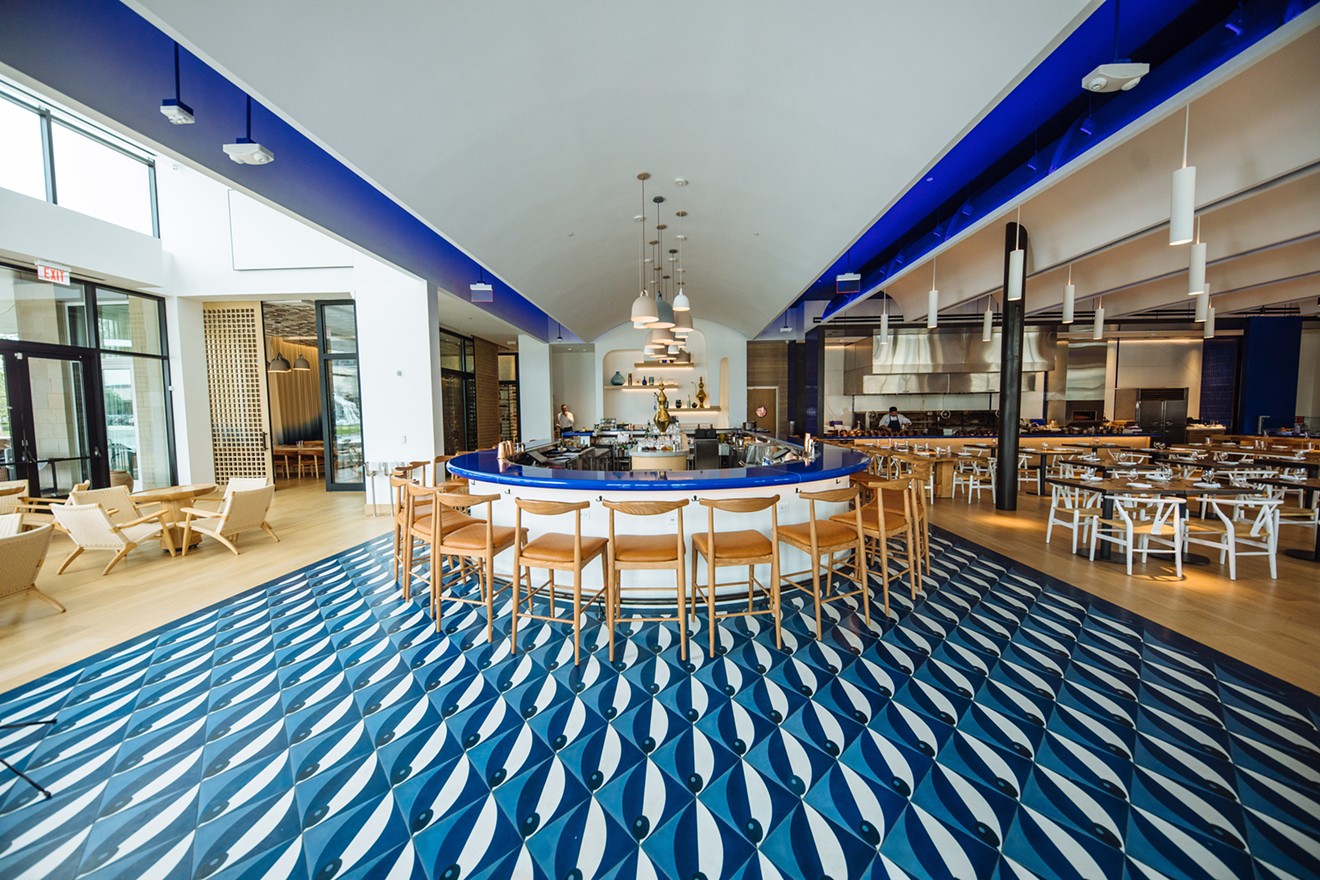 The sleek, modern bar at the cavernous new Zaytinya at the Star in Frisco. Kathy Tran

Zaytinya, by celebrity chef José Andrés, has closed in Frisco.

The restaurant opened in The Star in February 2018. Observer critic Brian Reinhart visited that spring, noting some successful executions with some pitfalls:

“Zaytinya, the new Turkish kitchen in Frisco from celebrity chef José Andrés, is the kind of restaurant where two tables can order completely different things and come away with vastly different opinions. A table that gets lucky will love their meal and tell all their friends; a table that guesses wrong will wonder why they spent so much money following the hype.”

But this restaurant had hype because it was a big deal with a big-name chef behind it.

“It's been a rough year for Turkish restaurants in the Dallas area. Not that I'm blaming this closure on its Turkishness, but we've lost a couple of other places this year, and one or two chefs have retired or rebranded. We still have one of America's best Turkish restaurants, Tantuni in Richardson, plus Ephesus, fast-food joint Mr. Pide and the more casual, westernized Cafe Izmir,” he says. “Most notably, the Pera mini-chain locations closed or rebranded this summer and Laili turned into a juice bar. Istanbul Palace shut down in 2017.”

Not that Zaytinya was out to compete with those, he says, but it’s a decent take on what this scene looks like in Dallas right now.

“We’re incredibly grateful to our dedicated employees and for our friends and neighbors in Frisco and the Star community, who have been extremely supportive of the introduction of the Zaytinya brand in Texas. We’ve enjoyed being part of such a dynamic and exciting location like The Star and wish them continued success in the future. We’ll share details of a new location in Dallas soon.”

A new location in Dallas has promise; we’re definitely keeping our eyes open for news on that.
KEEP THE DALLAS OBSERVER FREE... Since we started the Dallas Observer, it has been defined as the free, independent voice of Dallas, and we'd like to keep it that way. With local media under siege, it's more important than ever for us to rally support behind funding our local journalism. You can help by participating in our "I Support" program, allowing us to keep offering readers access to our incisive coverage of local news, food and culture with no paywalls.
Make a one-time donation today for as little as $1.