For Momo Shack, a Momo Is More Than Just Food: ‘It Is Love’ 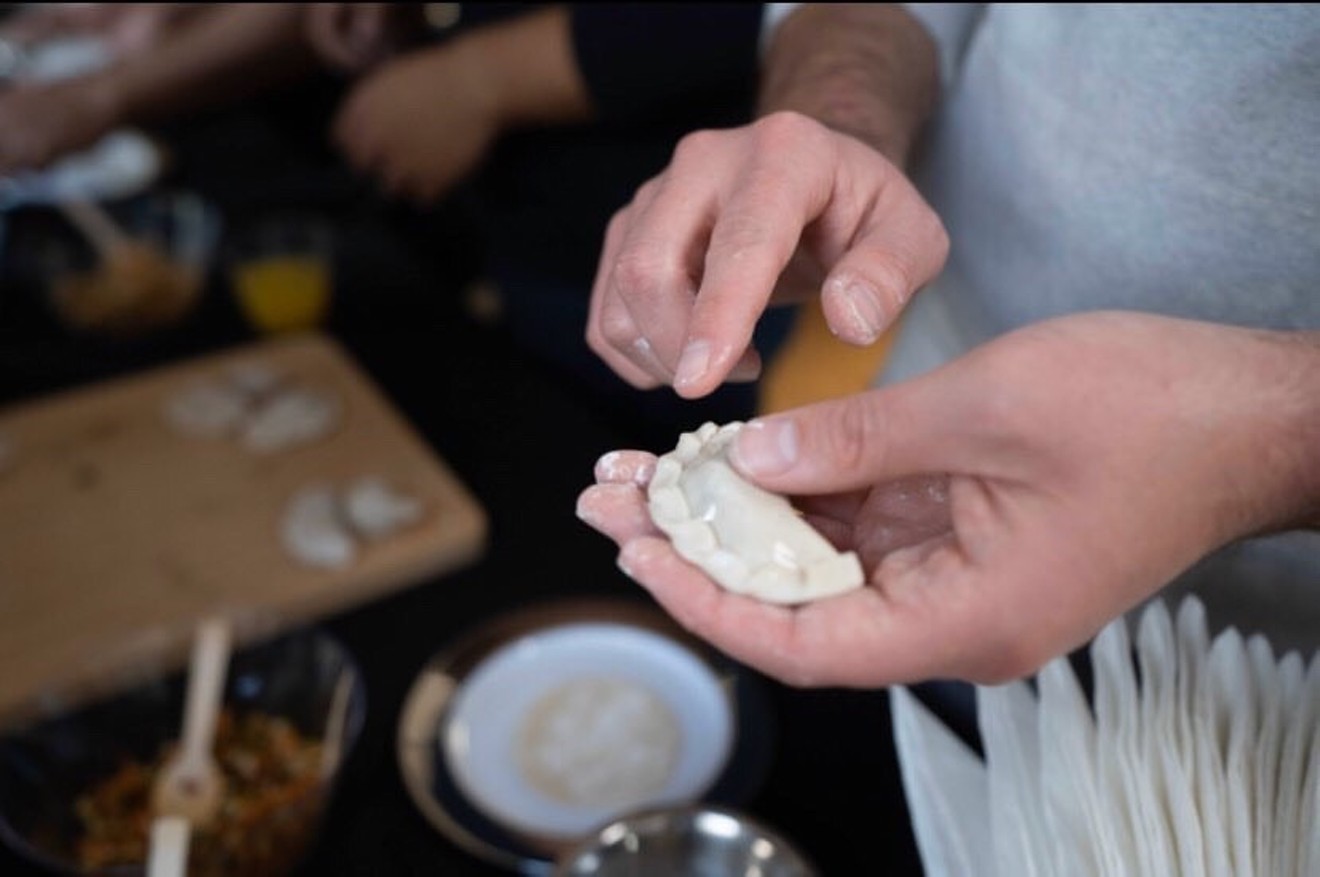 Fresh momos are more than street food to some. courtesy Momo Shack
Around the kitchen table, an assembly line is formed with each member assigned to one task. Some put the filling in the middle of the dough, while others, with a graceful and repetitive folding motion, finish up the momo.

These memories are some of Leezen Amatya’s favorites. To him, momos — a Nepalese dumpling filled with meat and chopped vegetables — are community.

“It’s a dumpling from Nepal at face value, but when you take a step back and you look at what it takes to make the momos, it's really a community event,” Leezen says. “You are basically spending an hour with the people around you, and you’re working together to create this thing, a momo.”

Leezen, his mother, Minu Amatya, and two friends from college, Thang Duong and Daniel Flores, spread their love for momos by starting Momo Shack Himalayan Dumplings. It began as an idea while Leezen, Duong and Flores were at the University of Texas at Dallas, but after Leezen took a trip to Nepal at the end of 2016, the three were determined to make it a reality.

Each of the three friends moved to the United States when they were about 10 — Leezen from Nepal, Duong from Vietnam and Flores from Mexico.

“We always talked about like, we clearly came to America to start something right?” Duong says. “We’ve been bouncing ideas off of each other, and our senior [year], we eventually talked about owning our own food business.”

Minu entered the scene late December 2019 after the boys got a gig selling at the Dallas Farmers Market. She refused to help at first when Leezen came to her with the idea.

“They tell me they love it and that it’s mind blowing. That makes me feel so good." — Minu Amatya


She eventually gave in because she knew if she did not help, there would be no momos to serve that day. Minu knows her worth to the team and often describes herself as the “backbone.” Leezen agrees with this.

At the time, Minu was convinced that helping Momo Shack was a one-time thing. But the more she interacted with the customers, the more she wanted to stay.

“When they eat momos, customers come to me, and they appreciate it,” Minu says. “They tell me they love it and that it’s mind blowing. That makes me feel so good. I still feel goosebumps. That’s why I can’t quit.”

From then on, they moved momo production from their family home into commercial kitchens. The process, however, has stayed the same: the whole team, huddled around a table creating momos together.

The team, from left: Daniel Flores, Thang Duong, Minu Amatya, Nandini and Leezen Amatya
courtesy Momo Shack
These are the days when the Momo Shack team became closer to each other and to the Nepalese culture. Leezen says he’s grateful to be close to his mom because of those hours spent around a table.

“She gets to take what is hers and pass it down to me,” Leezen says. “Those times in the kitchen when she is showing me how to make things, those are priceless moments that I can share with her.”

Being able to learn and adapt to cultures is what motivates Duong. When he came to the United States as a child, he didn’t know any English but was still able to learn American culture quickly. Now, through Momo Shack, Duong understands and appreciates Nepali culture almost as much as Minu and Leezen.

“A momo means sharing a human experience from one to another,” Duong says. “Leezen decided to share his community event with me and Daniel and [in] its purest form. If he didn’t share, we wouldn’t be here today.”

Duong, Leezen and Minu all see momos as more than street food.

“It’s love, it’s sharing and it’s family. That is the momo,” Minu says. “Momo brings people together, and it’s bonding. You can criticize, you can play, you can laugh. It’s fun. It’s culture.”

Right now, Momo Shack remains a pop-up shop. You can find Momo Shack online, where you can sign up for upcoming cooking classes or find them at markets around the Dallas area. Their next event will be a cooking class Saturday, March 7, and the Night Market at Sandwich Hag on March 21.
KEEP THE DALLAS OBSERVER FREE... Since we started the Dallas Observer, it has been defined as the free, independent voice of Dallas, and we'd like to keep it that way. With local media under siege, it's more important than ever for us to rally support behind funding our local journalism. You can help by participating in our "I Support" program, allowing us to keep offering readers access to our incisive coverage of local news, food and culture with no paywalls.
Make a one-time donation today for as little as $1.