In a dining scene as expensive — and trend-beholden — as Dallas, Oasis really is an oasis. Taylor Adams
In Dallas, brunch often means $1 mimosas with a side of "elevated" tater tots that will cost you far more than the mimosa. But some mornings, it’s nice to step away from the hype machine and visit a local diner where staff knows the names of people sitting at the bar.

The coffee is just OK, as most diner coffee usually is, but its aroma fills the space with that nostalgic feeling only accomplished by coffee aromas blending with the smell of newspapers held by the regulars.

That’s a scene you’ll find at the Oasis Cafe on Upper Greenville. 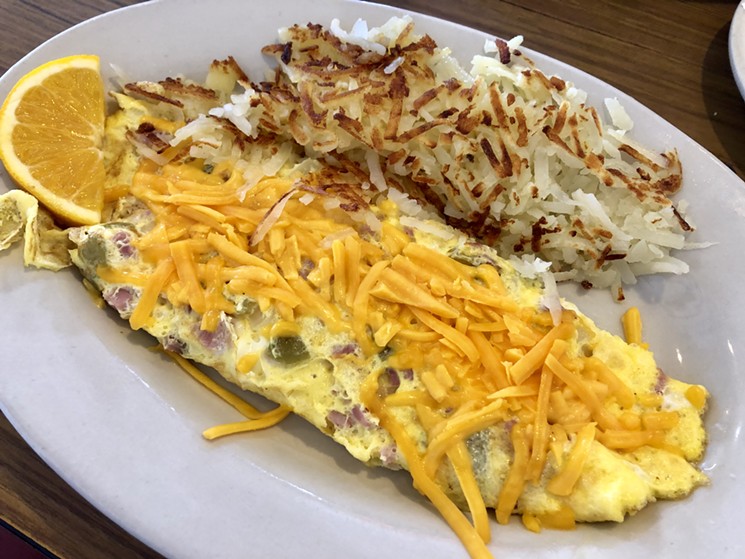 This Western omelet isn't fancy, and that's probably why it's so damn good.
Taylor Adams
This isn’t a glamorous spot, but even if it’s your first time, it offers that comfort of a place that has been there for a long time. Open every day for breakfast and lunch, the Oasis has two pages of breakfast items and a chalkboard of specials, of course. One side is dominated by omelets, the other with some basics and “south of the border” options.

The three-egg omelets are what you’d hope for: filled with the ingredients, not terribly fluffy but perfectly flavorful, thanks to proper seasoning and plenty of cheese. The Western omelet ($6.99) is something you can find on a lot of menus, but this concoction of ham, onion, bell peppers and cheddar cheese hits the spot.

You can also try the Mexican omelet ($6.99) with green chilis, onions and tomatoes, topped with house-made ranchero sauce and cheddar cheese. 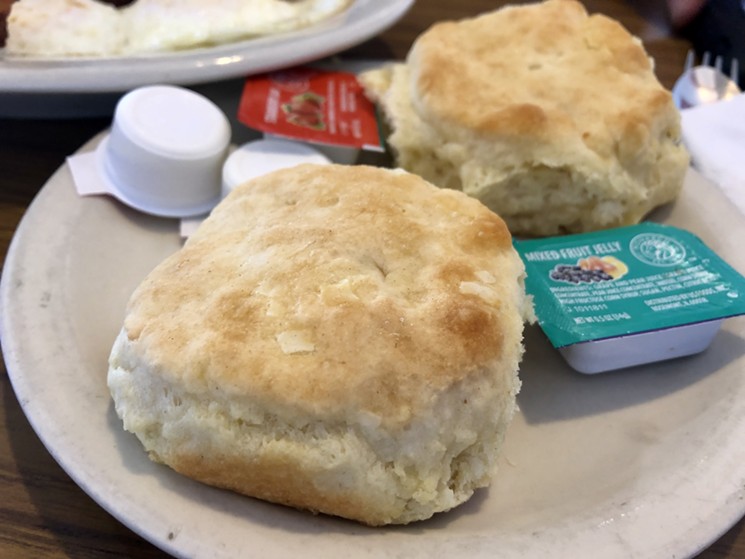 Trust us, you'll need biscuits.
Taylor Adams
On the side of any of these, you can choose hash browns, grits or  sliced tomatoes and biscuits or toast.

You can get the toast with traditional breakfast plates, expectedly labeled “favorites.” The No. 1 ($3.99), for example, gets you one egg cooked to order, hash browns, grits or sliced tomatoes, and a biscuit or toast. 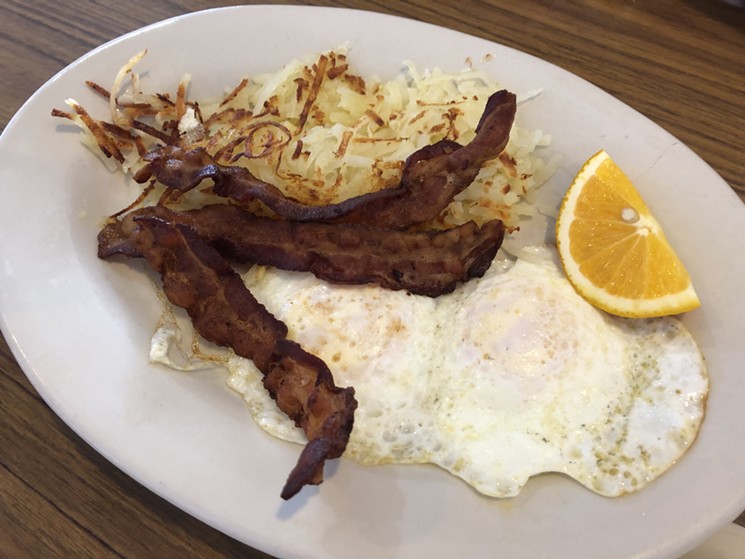 The No. 1 will set you back $3.99.
Taylor Adams
There are pancakes on the menu, too, to indulge that sweeter side. The French toast (two slices for $3.99) is perfect, too. Again: No frills, but it’s solid French toast that rivals the kind your mama makes.