Our Favorite Dallas Vegetarian and Vegan Restaurants of 2018 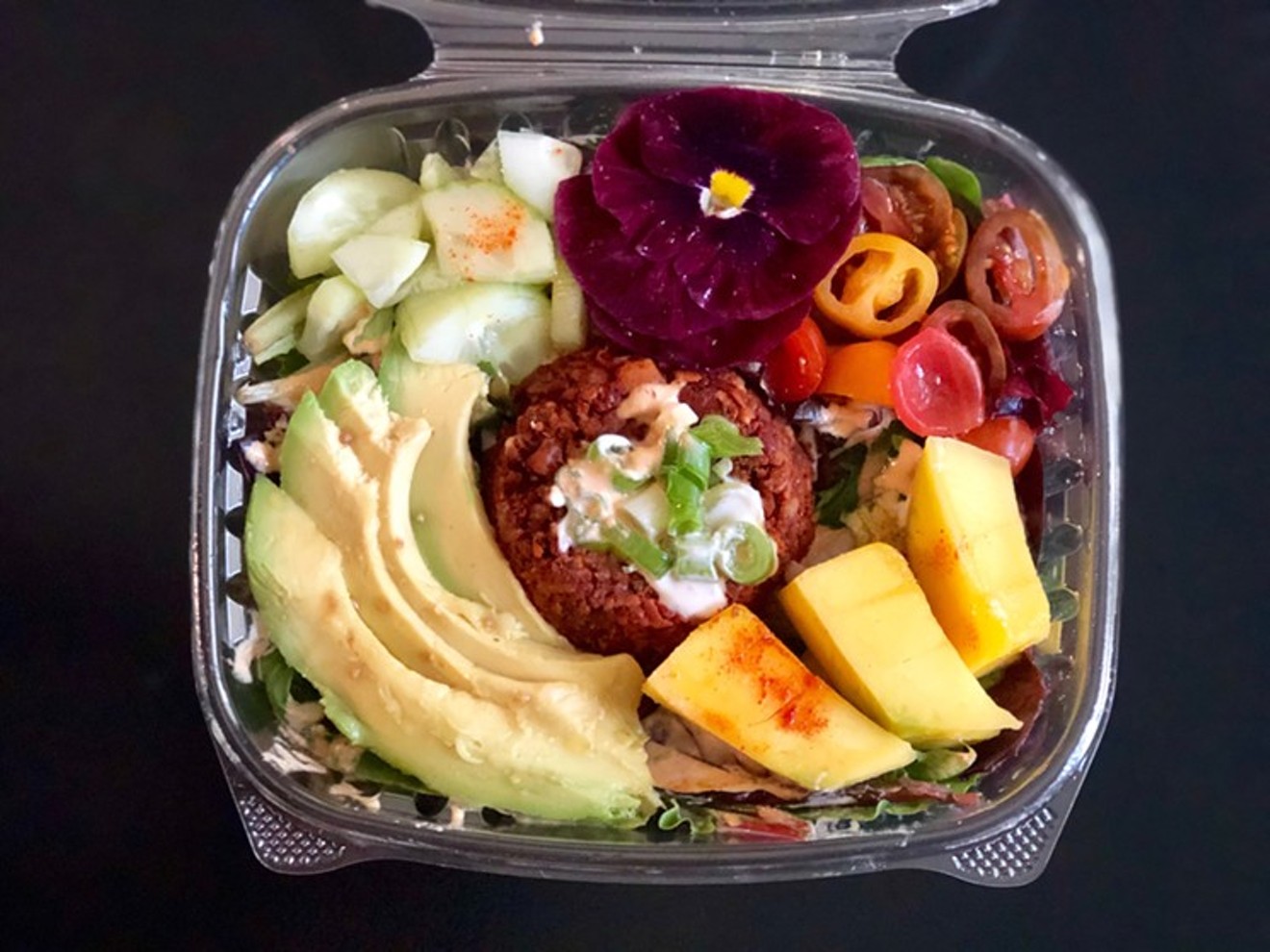 Recipe Oak Cliff's taco salad is not your typical taco salad. Paige Weaver
Dallas may have a reputation as a steakhouse city, but in 2018, we saw more new vegan and vegetarian options than ever. Hell, even some of the aforementioned steakhouses are offering vegan menus now. We've explored a bevy of vegan and vegetarian Dallas restaurants this year — here are our favorites:

Recipe Oak Cliff
1831 S. Ewing Ave. (Oak Cliff)
Recipe Oak Cliff is a plant-based eatery serving fresh and affordable vegan food. Owner Tish Crear recreates recipes she grew up with, things like a barbecue jackfruit sandwich with slaw; walnut “meat” tacos with avocado and cashew nut “cheese;” and pumpkin seed and walnut “chicken” salad. While there, try one of Recipe’s fresh-squeezed juices or smoothies. The By the Nile smoothie with hemp milk, dates, banana and coconut milk is Crear’s favorite. 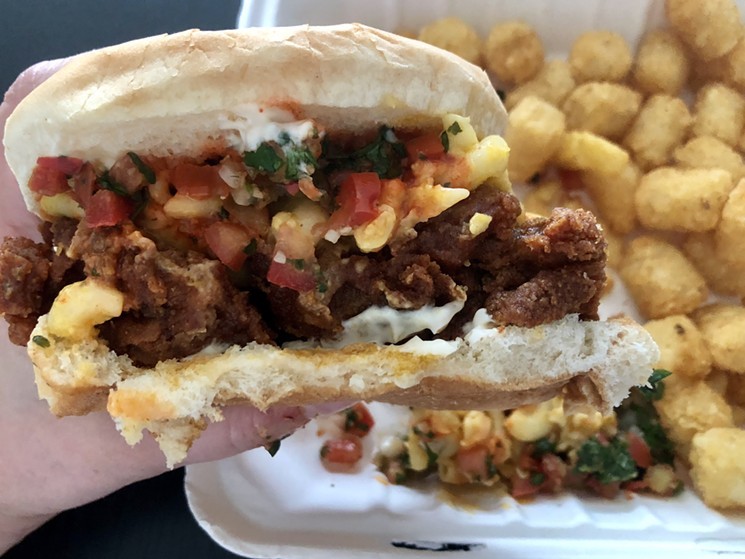 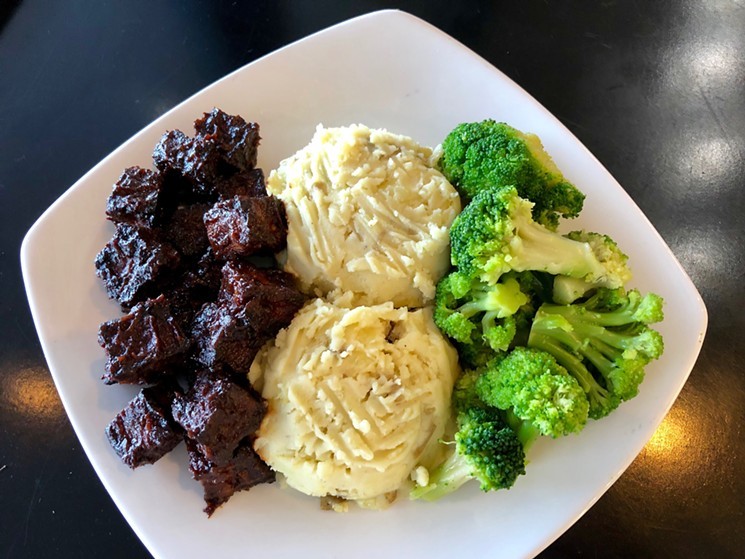 Cosmic Cafe has good vibes.
Beth Rankin
Cosmic Cafe
2912 Oak Lawn Ave. (Oak Lawn)
Cosmic Cafe has long been a mainstay for Dallas vegetarians, and for good reason. Their menu covers a wide assortment of cuisines, with dishes like yellow squash bisque, samosas, paneer pakora, spinach enchiladas, tofu stir-fry, curried vegetables, black bean burger and pizza. Many of their items can be made vegan upon request. Cosmic Café is also an affordable choice; there is nothing on the menu over $12. 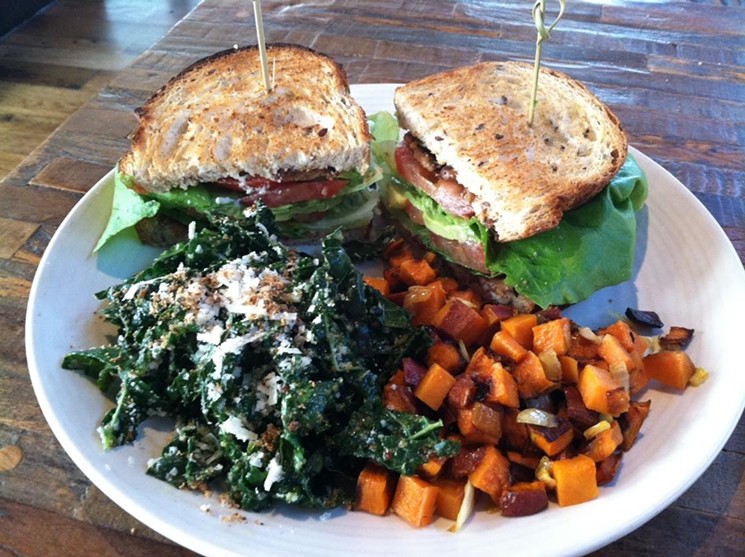 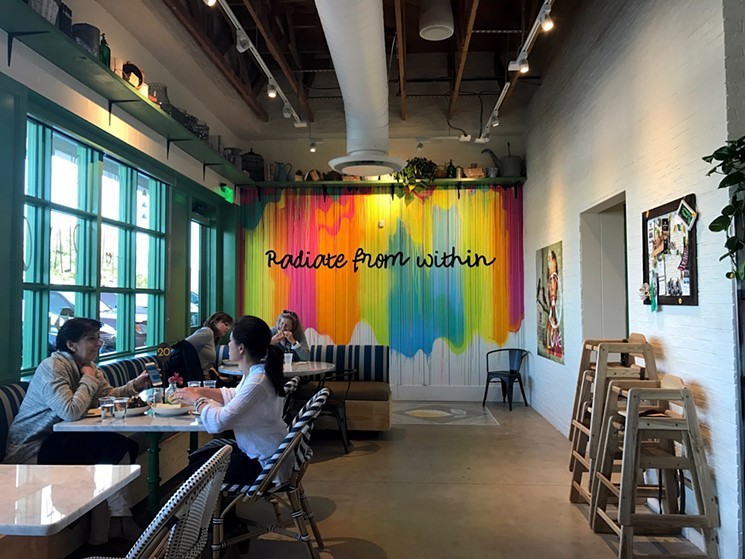 Flower Child offers vegan and vegetarian bowls and also a place to park your yoga mat.
Beth Rankin
Flower Child
5450 W. Lovers Lane (Inwood Village)
Flower Child is another restaurant that isn’t purely vegetarian or vegan but has plentiful plant-based options. In fact, nearly every menu item is vegetarian, if not vegan. You have the option to add protein to these vegetarian and vegan bases, if you so choose. Standouts include the vegan poke bowl with marinated beet, avocado, pickled mushroom, cucumber, radish, wasabi pea, smoked dulse, brown rice and spicy ponzu. Or try the vegetarian Brussels and squash salad, with arugula, roasted Brussels sprouts, butternut squash, organic apple, ancient grains, cranberry, goat cheese, sprouted almond and chia seed vinaigrette.
KEEP THE DALLAS OBSERVER FREE... Since we started the Dallas Observer, it has been defined as the free, independent voice of Dallas, and we'd like to keep it that way. With local media under siege, it's more important than ever for us to rally support behind funding our local journalism. You can help by participating in our "I Support" program, allowing us to keep offering readers access to our incisive coverage of local news, food and culture with no paywalls.
Make a one-time donation today for as little as $1.