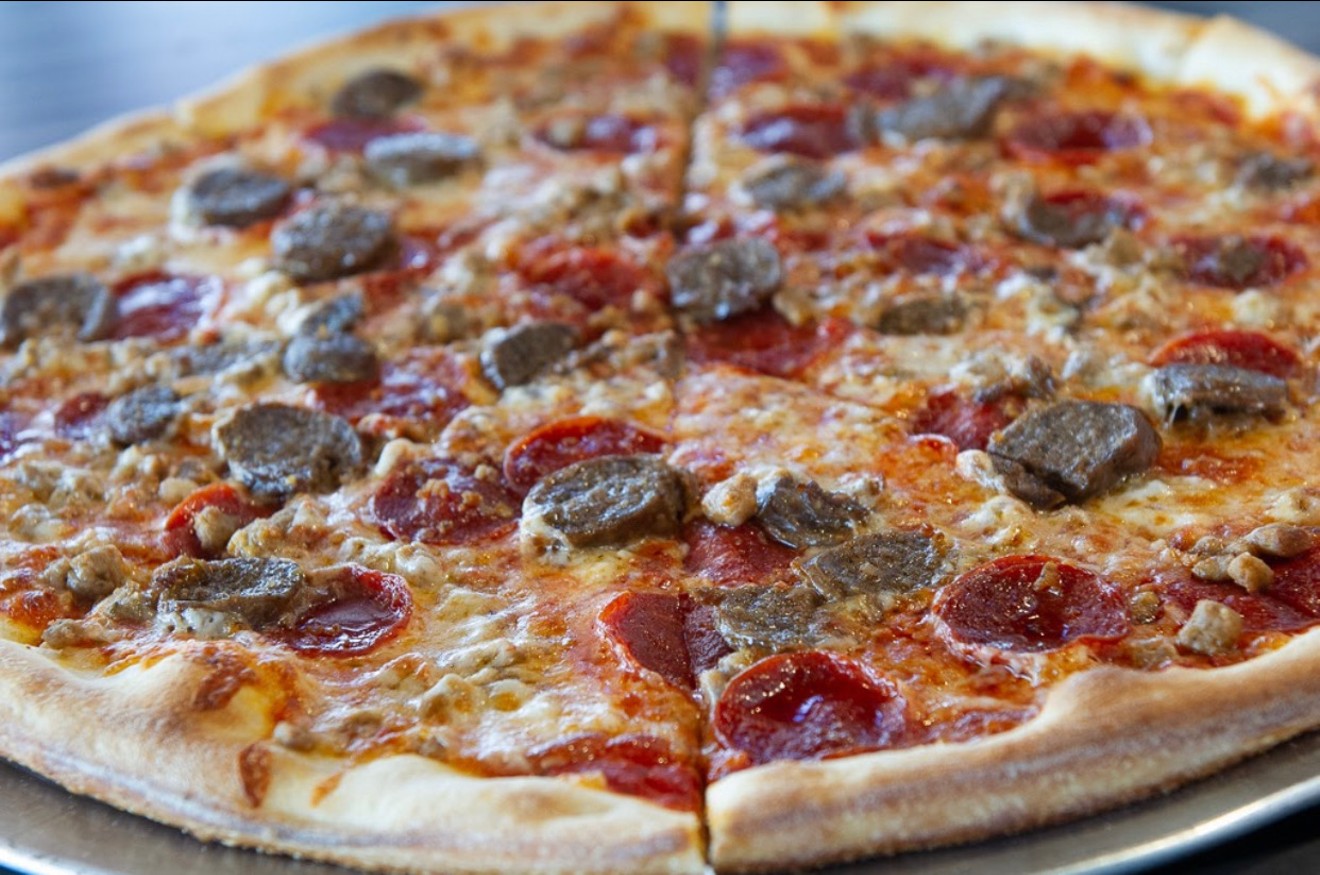 People experiencing homelessness can regularly receive food and water at In Fretta Urban Pizza Bar in Plano. Ram Mehta
Education, shelter, clothing and food are all basic necessities, but many North Texas residents are short of at least one of those things.

According to the North Texas Food Bank, 17.6% of Dallas County residents and 11.5% of Collin County residents are food insecure. While there is no way to feed every food insecure person in these counties, a Plano restaurant owner has created a solution to help feed people experiencing homelessness, or who are short on money.

At In Fretta Urban Pizza Bar, guests who are food insecure may ask for a few free slices of pizza and a cup of ice water. The team prepares food for the guests and treats them as they would any paying customer. Before opening In Fretta, Mehta worked in information technology. However, he always had a passion for Italian food, specifically, the heavy, hearty kind popularized in New York City.

“I used to go to Little Italy in New York,” Mehta says. “I felt that what was missing in Dallas was authentic New York pizza.”

Mehta grew tired of working in IT, and eventually decided to open In Fretta.

“I got my main chef from New York, and I told him that my only requirement is that I want it to taste just like New York pizza,” Mehta says. “I want the best ingredients, and everything needs to be made from scratch.”

Almost everything at In Fretta is made in-house, from the pizza dough to the sauces and pastas. The sauces for the Korean wings are imported from Korea and made specifically for In Fretta.

In addition to helping feed hungry people in his restaurant, Mehta and his team also regularly volunteer at homeless shelters.

“Just last week, we went to a homeless shelter on MLK Boulevard in Dallas,” Mehta says. “We fed over 100 homeless people. This makes me feel good. Everybody lives for themselves. What’s the point of having a couple thousand dollars on hand and not feeding someone who actually needs it? Food is a basic human necessity. If we can’t even do our parts and feed people, then what’s the point of living?” 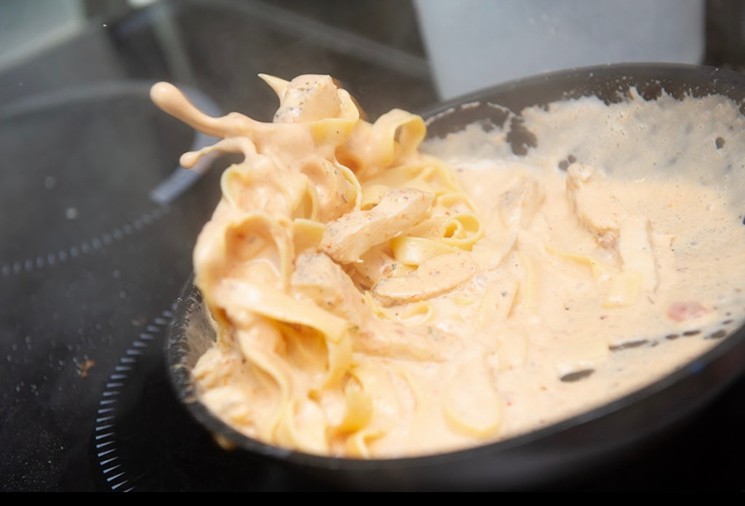 Pastas, pizzas and sauces are made in-house at In Fretta.
Ram Mehta
Mehta also wants to help feed people with dietary restrictions. For those with food allergies or restrictions of any sort, Mehta requests they call and give him at least 24 hours notice. He and his team will then make diet-specific foods for them.

“I am willing to go out and buy specific kinds of flour so people with dietary restrictions can eat here,” Mehta says. “It makes no sense to me when parents come in with their kids, and their kids aren’t eating anything while they watch their parents eat. It takes us five to 10 extra minutes to make food based on their specifications. I want everyone who comes into the restaurant to feel satisfied.”

While Mehta commits seemingly endless acts of servitude, he insists this is what he lives for.

“I’m not doing these people a favor; they’re doing me a favor,” Mehta says. “This is what helps me sleep at night.”

In Fretta Urban Pizza Bar, 5588 State Highway 121, #300, Plano. Open 11 a.m.-10 p.m. Monday-Thursday; 11 a.m.-11 p.m. Friday-Saturday; noon-9 p.m. Sunday.
KEEP THE DALLAS OBSERVER FREE... Since we started the Dallas Observer, it has been defined as the free, independent voice of Dallas, and we'd like to keep it that way. With local media under siege, it's more important than ever for us to rally support behind funding our local journalism. You can help by participating in our "I Support" program, allowing us to keep offering readers access to our incisive coverage of local news, food and culture with no paywalls.
Make a one-time donation today for as little as $1.