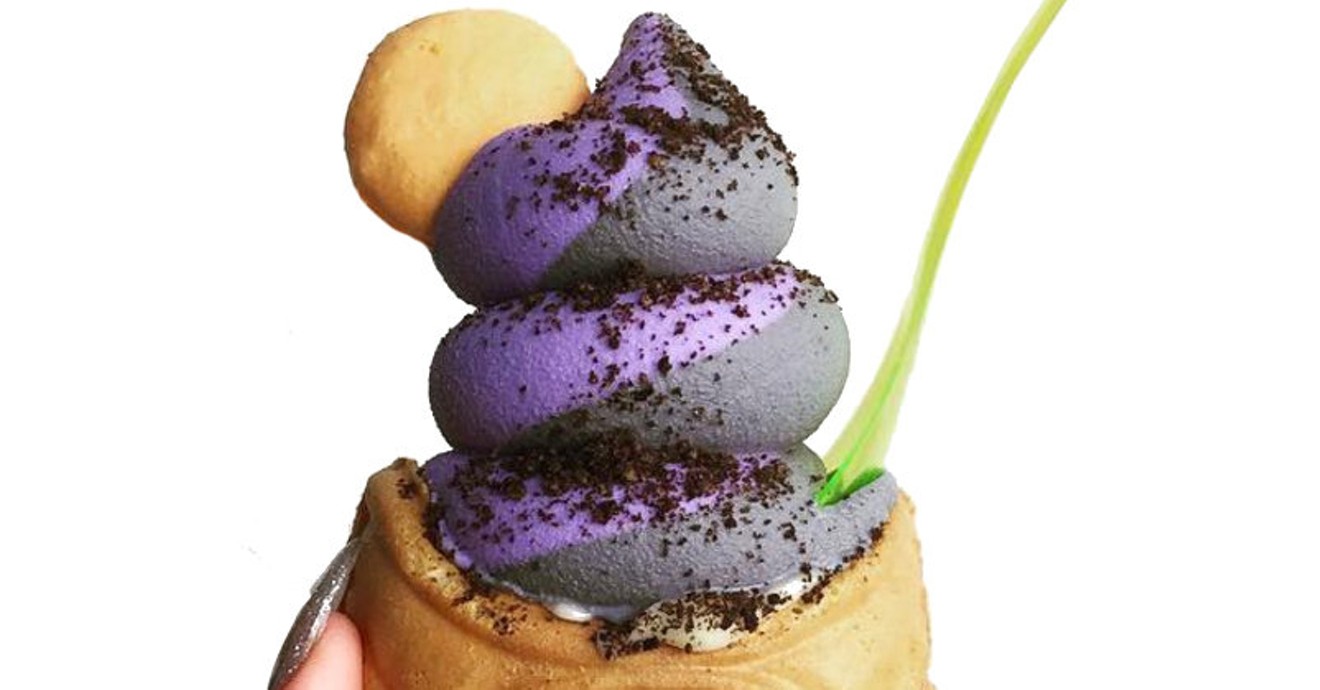 DFW China Town is the strip mall off North Greenville Avenue in Richardson; an area for Indian food is U.S. 75 and Belt Line Road; and in Carrollton you’ll find Koreatown on Old Denton Road, where a slew of barbecue restaurants and boba tea houses line storefronts. This is H Mart country, a mandatory visit for any denizen of Dallas-Fort Worth fascinated by good, cheap food.

We have another neighborhood to add to the list, this one in Frisco. The 9-acre shopping center off Preston Road and Warren Parkway called Frisco Ranch is bringing in a variety of Asian heavy hitters, such as 99 Ranch Market, Kura Revolving Sushi Bar and 85°C Bakery Café.

Franchisee Penny Wang of SomiSomi Soft Serve and Taiyaki tells us she was among the last to lease out the few remaining spaces of the development.

Wang and her business partner, Katie Tang, have leased two spaces at Frisco Ranch: SomiSomi opened Aug. 2, and a Korean dessert cafe called Sul and Beans is due to open this month. Both immensely popular companies were created by Matt Kim in Los Angeles’ Koreatown.

Wang was working in profit management in New York when Tang, her college roommate from Shanghai, called about the possibility of opening the two franchises in Frisco. Wang says she likes the DFW area, so it seemed like a good move. Soft serve flavors are served in fish-shaped waffles called taiyaki.
SomiSomi Soft Serve and Taiyaki
The Frisco store is already drawing lines of people familiar with SomiSomi’s brand. Since work began on the store, Wang reports fans have called from California and Hawaii inquiring when their Dallas relatives will have the opportunity to enjoy SomiSomi’s colorfully alluring soft serve and warm taiyakis.

Taiyaki is named after the red seabream fish and is believed to have originated in Tokyo during the late 19th century.

Now a classic Japanese street food, taiyakis are commonly filled with sweetened red bean paste made from azuki beans. At SomiSomi, they can also be filled with cheddar, Nutella, taro, custard or a red bean cream cheese.

Taiyaki and soft serve can be ordered separately or together, the latter of which is called “ah-boong.”

Instagram users love the $5.95 ah-boong, especially when sprinkled with toppings like Captain Crunch and Fruity Pebbles then embellished with Joy macarons and strawberries.

We predict once Sul and Beans opens with shaved ice bingsu and fancy toasts, we’ll be spending a lot of time in Frisco exploring this Asian marketplace. Because who needs to go to LA when you have this much food diversity?

SomiSomi Soft Serve & Taiyaki, 9292 Warren Parkway, Suite 260, Frisco. Open noon-11 p.m. daily. 214-390-2676.
KEEP THE DALLAS OBSERVER FREE... Since we started the Dallas Observer, it has been defined as the free, independent voice of Dallas, and we'd like to keep it that way. With local media under siege, it's more important than ever for us to rally support behind funding our local journalism. You can help by participating in our "I Support" program, allowing us to keep offering readers access to our incisive coverage of local news, food and culture with no paywalls.
Make a one-time donation today for as little as $1.
Amanda Albee
Contact: Amanda Albee