El Centro College’s Culinary, Pastry and Hospitality program has birthed several chefs and restaurateurs, many of whom have been in business for more than 20 years. Through hands-on instruction and service simulations, El Centro students receive top-of-the-line education. Below are some Dallas favorites who are alumni of El Centro's culinary program.

Chef Alex Astranti is making waves at both Uchi and Uchiba, and he got his foundation at El Centro.

La Duni is known for its incredible Latin pastries, and its recipes are all created by Dunia Borga. Since opening in 2001, La Duni has received numerous awards and accolades, including one of the 50 best Hispanic restaurants in the nation by Hispanic magazine. Borga credits much of her success to El Centro, where she says she received the foundation to help each guest create magical memories.

One institution of sorts in Dallas is from El Centro. Richard Chamberlain earned his culinary education at El Centro before opening Chamberlain's Fish Market Grill and Chamberlain's Steak and Chop House. 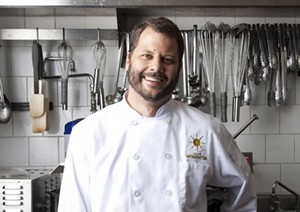 Chef Daniel Pittman first earned a degree in music, then later fell for the restaurant industry. He'd get his education at El Centro before working at the Four Seasons Resort and Club Dallas at Las Colinas. Later, he'd open LUCK at Trinity Groves. Parigi’s executive chef, Janice Provost, was actually working at Parigi for three years before buying the restaurant. She was attending El Centro when she first started working there, and to this day, often recruits students and alumni of El Centro to work for her.

“El Centro is a treasure in our community,” Provost says. “In my case, it allowed me the opportunity to study culinary arts while still maintaining my day job.

“The classes were in the evening, and were absolutely affordable, and I learned so much.” 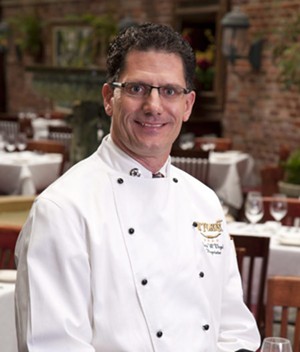 III Forks is a favorite among Dallasites, as well as tourists. For nearly 22 years, Chris Vogeli has remained a staple on Dallas’ food scene. Vogeli often credits his success to El Centro and is known for encouraging those who want to go into hospitality to not overlook their program. He describes the institution as “an incredible foundation into the food and hospitality industry,” adding that classes are “fun, convenient and affordable.”

Adam West, executive chef at Local Yocal BBQ and Grill in McKinney, was part of El Centro College’s Hot Food Competition Team. West has also won ACF culinary medals in Orlando, Chicago, Dallas and Houston. Since graduating from El Centro, West has worked as a sous chef in several restaurants across the nation, including Jeroboam Urban Brasserie, Dragonfly Restaurant, the James Beard House in New York City and Monarch Restaurant in Houston and the Porch.

Taylor Adams contributed to this report.
KEEP THE DALLAS OBSERVER FREE... Since we started the Dallas Observer, it has been defined as the free, independent voice of Dallas, and we'd like to keep it that way. With local media under siege, it's more important than ever for us to rally support behind funding our local journalism. You can help by participating in our "I Support" program, allowing us to keep offering readers access to our incisive coverage of local news, food and culture with no paywalls.
Make a one-time donation today for as little as $1.