Mister O1 will open in Dallas this fall on Oak Lawn Avenue inside the Turtle Creek Village building. This pizzeria offers pizzas made with fresh ingredients sourced from Italy or local vendors. It was founded by master pizza chef Renato Viola, who was raised in southern Italy, where he was taken under the wings of Italy’s best chefs at the age of 11. 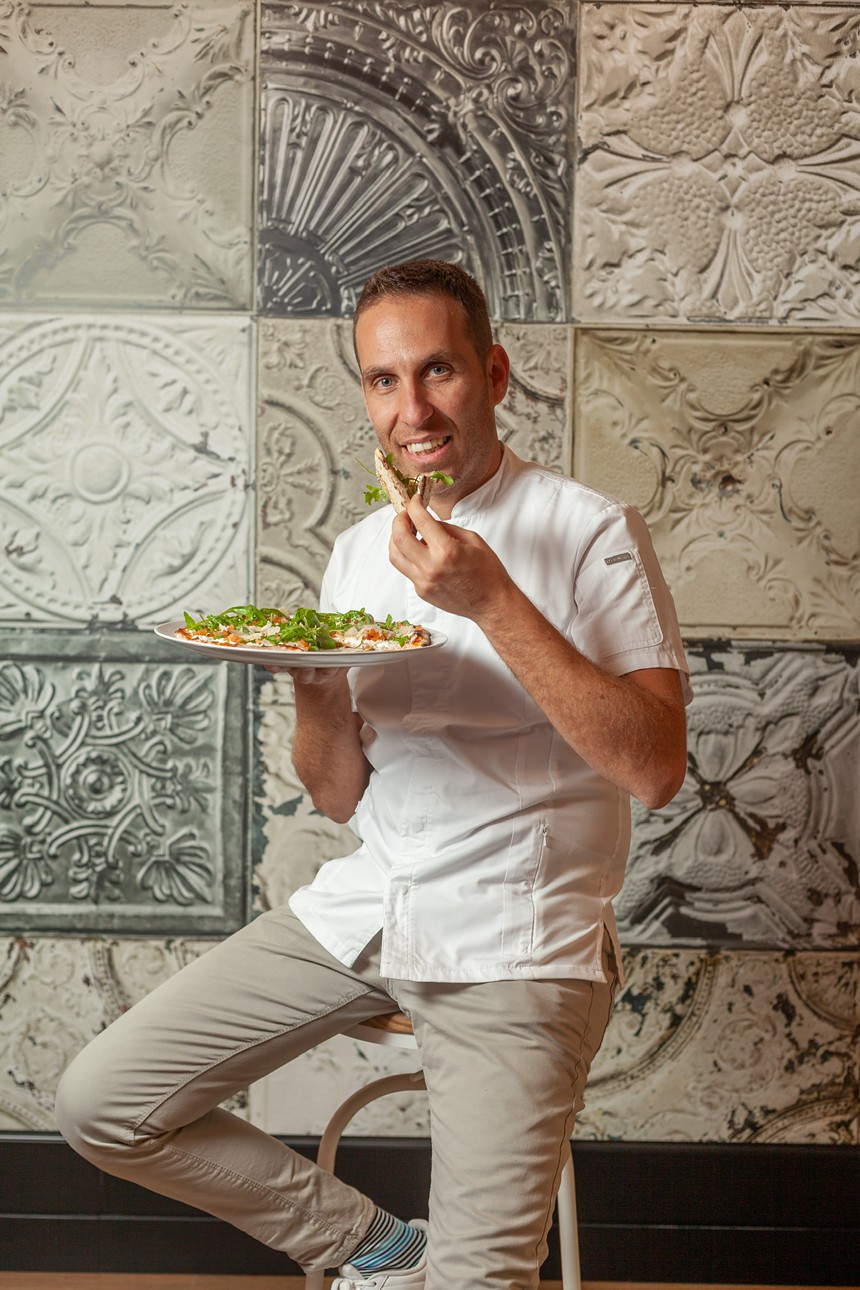 Renato Viola is the founder and master pizza chef of Mister O1.
Mister O1
According to a press release, Viola moved to Miami under the O1 visa category, which is how the place got its name, for those with “extraordinary artistic ability” of internationally acclaimed fame. The Star Michele is one of the star-shaped pizzas served at Mister O1.
Mister O1
The award-winning menu includes a selection of pizzas that have a light, thin crust made from dough that’s prepared and stored for 72 hours before serving.

While they do serve traditional pizzas, Mister O1 also serves their own unique recipes like their star-shaped pizzas, which include the Star Beckham and Star Luca.

Along with pizzas, the menu offers calzones, salads, pasta and desserts as well as a selection of wines and beer.

Mister O1, 3838 Oak Lawn Ave, Suite P175
KEEP THE DALLAS OBSERVER FREE... Since we started the Dallas Observer, it has been defined as the free, independent voice of Dallas, and we'd like to keep it that way. With local media under siege, it's more important than ever for us to rally support behind funding our local journalism. You can help by participating in our "I Support" program, allowing us to keep offering readers access to our incisive coverage of local news, food and culture with no paywalls.
Make a one-time donation today for as little as $1.