We Try Bob's Burgers of the Day at Alamo Drafthouse 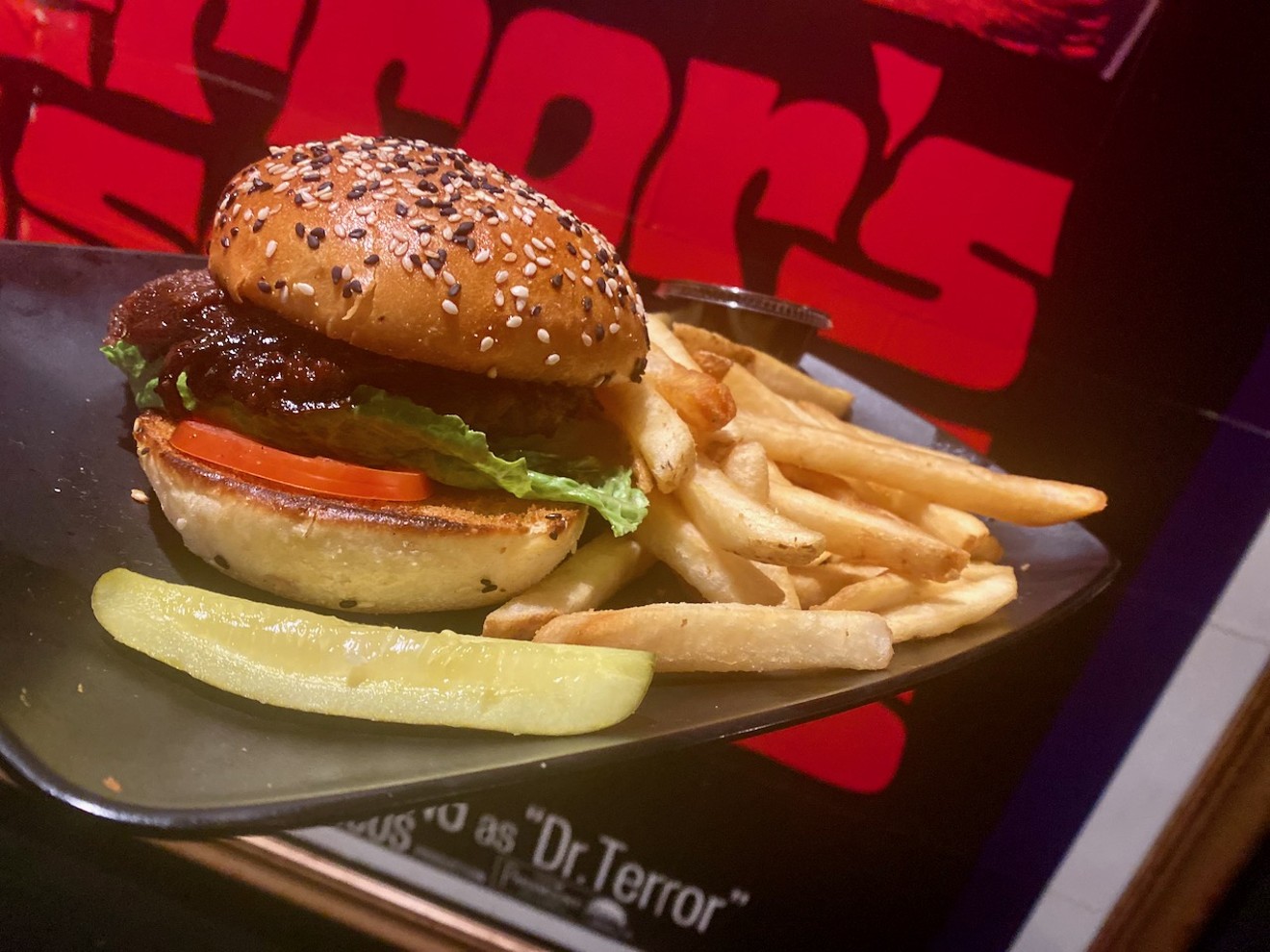 The Glazed and Confused Burger Lauren Drewes Daniels
The Bob's Burgers Movie premiered this weekend, and if you and yours have logged all 232 episodes of priceless family time listening to Tina's anxiety moans and dreams of Jimmy Jr.'s butt, then you won't be disappointed with the movie.

Logging 86% on Rotten Tomatoes thus far, the movie, which was directed by Bob's Burgers creator Loren Bouchard, has all of the same voice actors from the TV show, along with songs and some amazingly awkward and beautiful dance scenes.

The plot involves Bob's ever present borderline financial ruin and a giant sinkhole that ruptures just in front of the restaurant. Not to give anything away, but of course, Louise ends up at the bottom of the sinkhole with a mouthful of a dead guy's teeth. It's perfect. Have you ever ordered food in a movie theatre and then because of the super-strict phone policy (which you appreciate) you're forced to take all your food into the lobby so you can get a photo of it? It's not recommended. It's about as awkward as Jimmy Jr. dancing. We snagged some really quickly. Show-stopping poutine fries.
Lauren Drewes Daniels
We started with the amazing Poutin on the Ritz loaded fries ($13). The thin French fries are extra crispy, covered in a beef brown gravy, blue cheese crumbles, grated cheese and crunchy green onions. And even though bacon wasn't listed as an ingredient, we're pretty sure there was some.

The Glazed and Confused Burger (photo at top) has bacon and caramelized onions along with a bourbon-brown-sugar glaze. The black and white sesame seeds atop the fluffy buttered and toasted bun give it a little extra something. 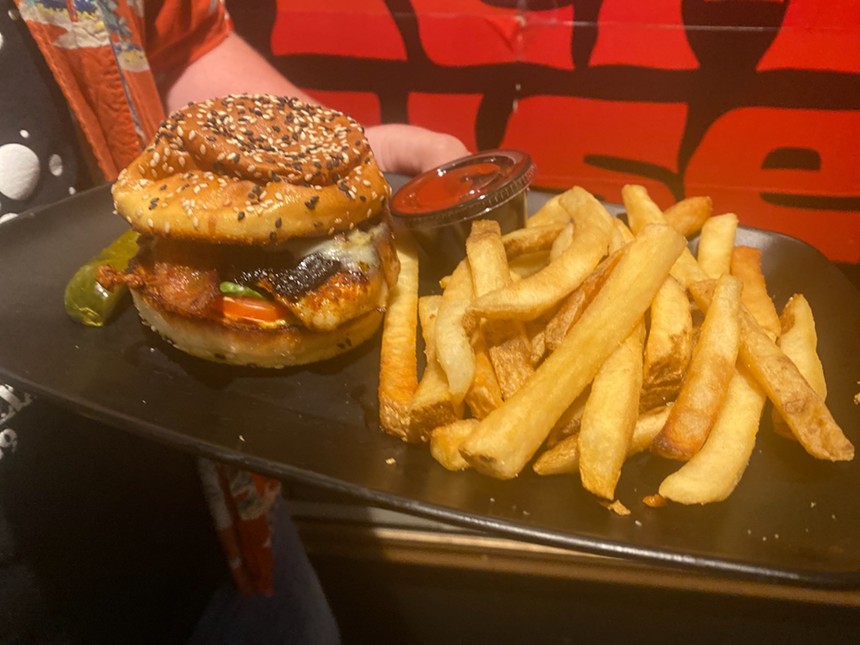 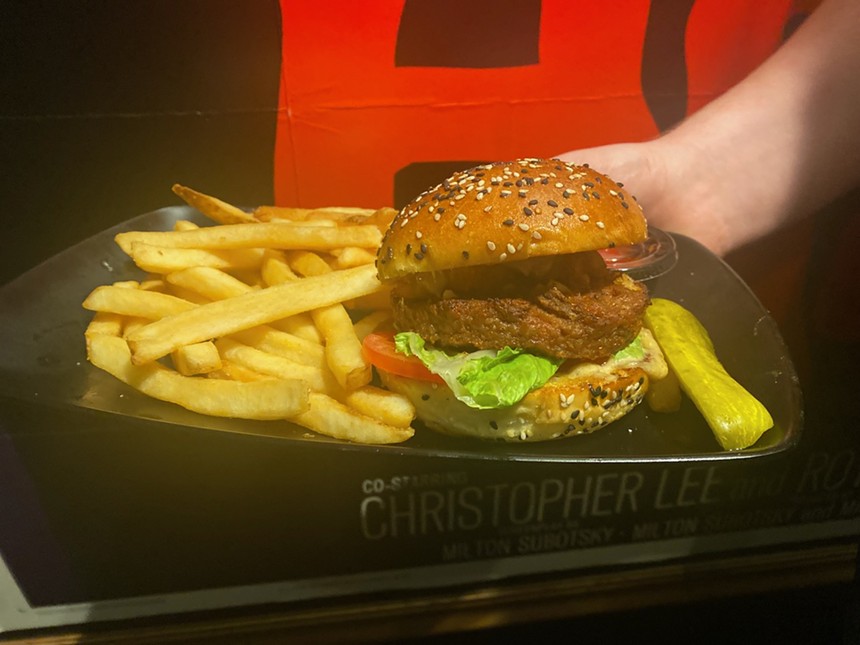 Each burger is $17.50 and comes with fries. Soda is $6 each ($6!). We didn't get to try Linda's Wine Train Sangria — maybe next time. It makes for a really expensive family evening out, so if you don't have to bring extras, don't. Just you and Bob's Burgers would do just great. (In the usual audio recording to discourage cell phone use before the movie at Alamo Drafthouse, Bob himself asks if his kids get kicked out for being too loud do parents have to leave too. The answer was no.)

The Bob's Burgers Movie is playing at Alamo Drafthosue theaters in Richardson, The Cedars, Lake Highlands and Denton.
KEEP THE DALLAS OBSERVER FREE... Since we started the Dallas Observer, it has been defined as the free, independent voice of Dallas, and we'd like to keep it that way. With local media under siege, it's more important than ever for us to rally support behind funding our local journalism. You can help by participating in our "I Support" program, allowing us to keep offering readers access to our incisive coverage of local news, food and culture with no paywalls.
Make a one-time donation today for as little as $1.