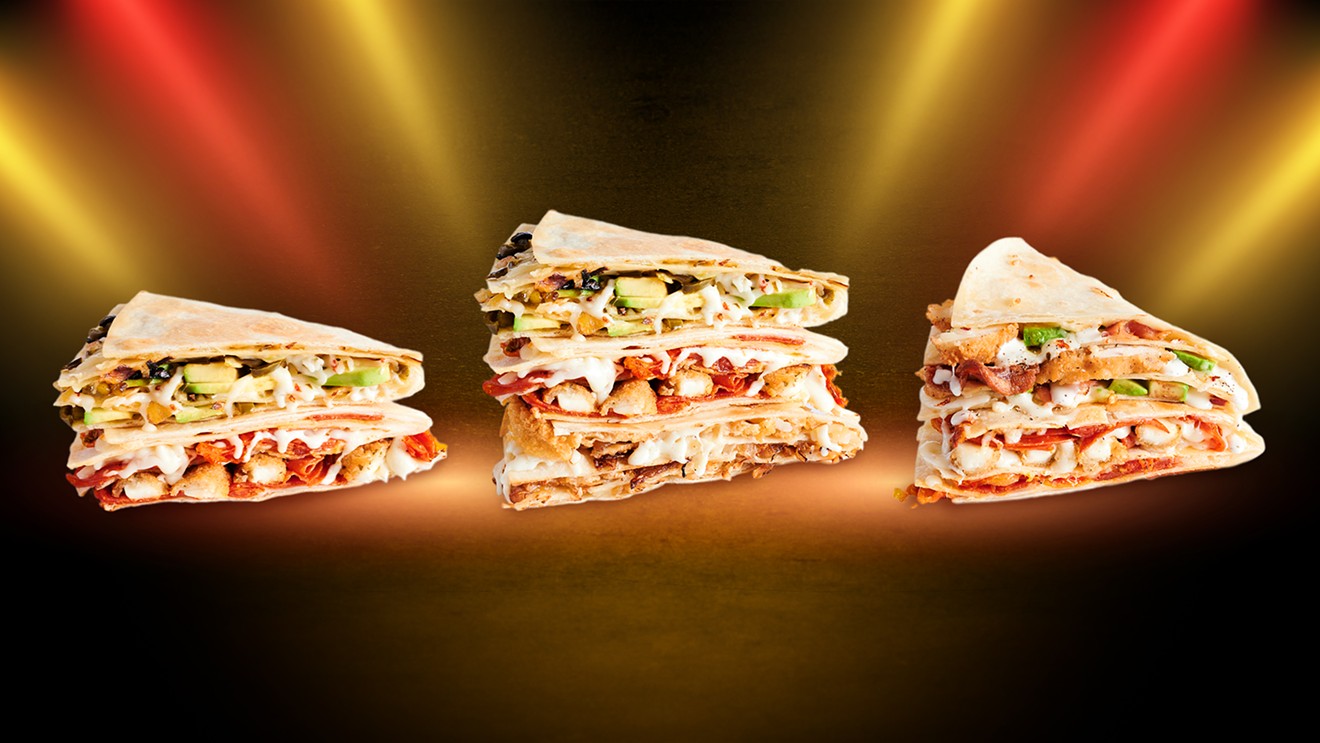 Smackadillas are available via delivery only through April 11. Courtesy of Nextbite
A “WWE-themed virtual restaurant” is slamming into the Dallas area ahead of WrestleMania 38 for a limited time only.

WWE Smackadillas is a delivery-only collaboration between WWE and Nextbite. Alongside a unique menu of quesadillas, WWE Smackadillas will also host other giveaways during the week leading up to WrestleMania, including ticket giveaways and WWE merchandise.

“Whether you order WWE Smackadillas from the comfort of your couch or on your way home from WrestleMania, we look forward to amping up the total WWE experience with these delicious quesadillas for all the hungry fans in the Dallas area,” Nextbite chief growth officer Geoff Madding stated in a press release.

In addition to WWE Smackadillas, Nextbite’s portfolio of delivery-only brands includes George Lopez Tacos and HotBox by Wiz Khalifa, along with others, from the best-selling Miss Mazy’s Amazin’ Chicken to Grilled Cheese Society.

WWE Smackadillas' Main Event offerings will run you somewhere between $9-12 before fees. Some of the stupendous quesadillas and menu items include the Chicken vs. Ranch, Macho Mac and Cheese, Figure-Four Fries and the appropriately named Lemonade Iced Tea. Unfortunately, superb wrestling names like “posionrana” and “frankensteiner” did not make the menu list.

Reviews have not been kind so far, with one Twitter user jokingly stating that the Cheesy Chicken Champion put them in the hospital. With an average rating of 3.2, Door Dash reviews range from “not good” to “this is terrible.”

If you’re brave enough to go 1-on-1 with the Smackadilla, WWE fans and quesadilla enthusiasts alike can order WWE Smackadillas through April 11 via Doordash, Grubhub, Ubereats.

Wrestlemania 38 comes to AT&T Stadium in Arlington April 2-3.
KEEP THE DALLAS OBSERVER FREE... Since we started the Dallas Observer, it has been defined as the free, independent voice of Dallas, and we'd like to keep it that way. With local media under siege, it's more important than ever for us to rally support behind funding our local journalism. You can help by participating in our "I Support" program, allowing us to keep offering readers access to our incisive coverage of local news, food and culture with no paywalls.
Make a one-time donation today for as little as $1.