Sports Journalism Startup The Athletic Is Coming to Dallas

The Athletic, coming soon to a web browser near you. The Athletic via Twitter
A little more than three weeks ago, Cowboys writer Bob Sturm — winner of the Observer's best sportswriter award two of the last three years — made a mysterious announcement. He was leaving The Dallas Morning News, Sturm said on Twitter, the paper for which he'd written, off and on, since 2008.

On Thursday morning, he told everyone where he was headed. Sturm, along with longtime Rangers blogger Jamey Newberg, WFAA-TV's managing sports editor and bevy of Dallas sports journalism's best will be writing for the website The Athletic. The sports journalism startup expands into Dallas on Feb. 12.

"The Athletic checked all the boxes for me in terms of what I wanted to do," Sturm told the Observer on Thursday. "There are a lot of likeminded people at The Athletic writing stuff that seems counter to the current form of sports media."

At the Morning News, Sturm's work stood out from the rest of the sports section. Four times a week during the NFL season — Sunday, Monday, Tuesday and Friday — Sturm, who's also a radio host at The Ticket, turned out columns focused on the strategy and personnel minutia of that week's Cowboys game, complete with video clips breaking down the Xs and Os. During the spring, Sturm evaluated dozens of draft prospects, letting Cowboys fans know who they should root for their team to take during the draft. He wasn't necessarily the best fit for the Morning News' audience, he says, which helped him make the decision to head to The Athletic.

"I write for specialized audiences. I definitely would be the first to admit my content is not for everyone. It's sometimes dense, sometimes long and sometimes numbers based," Sturm says. "In today's world, that's not for everyone. ... The Athletic's subscribers — like me, I was a subscriber first — realize some things are worth investing your time in to expand your brain."

When The Athletic started in January 2016, it focused exclusively on Chicago sports, charging $4.99 a month or $39.99 per year — a price that's gone up to $7.99 per month or $59.99 per year — for unlimited access to the site's ad-free content. Quickly, the site expanded to Toronto and added big-name national writers like Fox Sports baseball reporter Ken Rosenthal, who joined as the site's senior baseball writer in 2017. The site's founders, Alex Mather and Adam Hansmann, think it can succeed because many readers only subscribe to their local papers for the sports section. Those readers will happily dump the paper for The Athletic if the site's content is better, Mather and Hansmann believe. 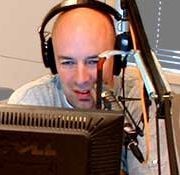 “I think the sports page has carried local papers for a while, and they don’t treat it well,” Mather told The New York Times in October.

By January of this year, the site had expanded to Cleveland, Detroit, Minnesota, Montreal, Philadelphia, Pittsburgh, St. Louis and San Francisco, hoovering up some of those cities' best sportswriters in the process, thanks to generous salaries and a deadline schedule that's less of a grind than that of most daily newspapers.

On Thursday, the site announced its three newest markets — New York and Cincinnati are also getting in on the fun along with Dallas — and its latest slate of new hires.

Newberg's new gig means that he will no longer be writing for newbergreport.com, the site that's been an online hub for hardcore Rangers fans for the better part of two decades.

"I certainly didn’t take this move lightly, as the Newberg Report is months away from hitting its 20th anniversary as a standalone. But I’m really excited about The Athletic — and was a subscriber before this opportunity presented itself — and am honored that the folks there believed I’d be a worthwhile addition to the team," Newberg said in an email to his mailing list Thursday.