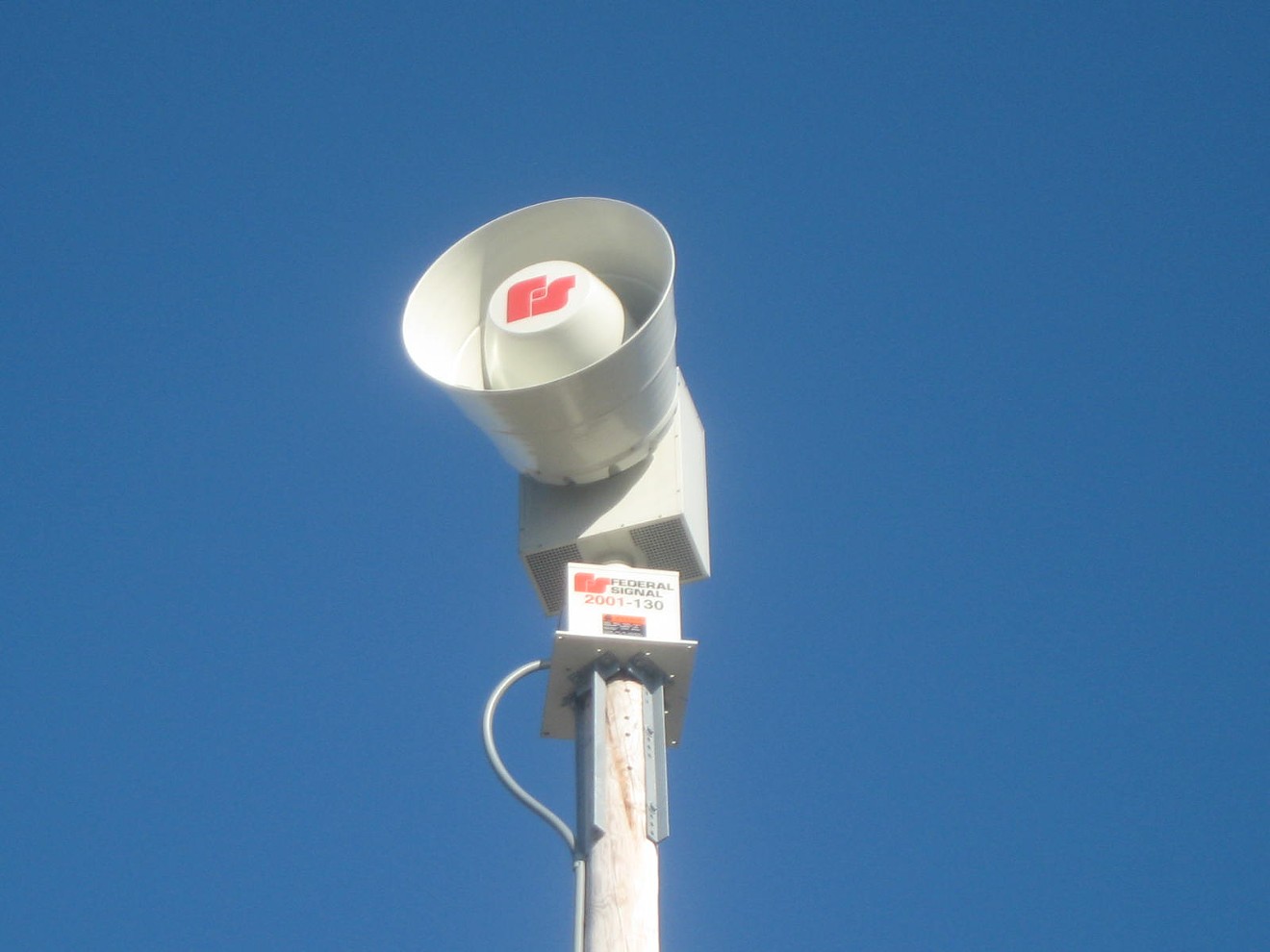 A Federal Signal 2001 warning siren. Evan7878
During an impromptu press conference at Dallas City Hall on Monday morning, Dallas City Manager T.C. Broadnax revealed that the hack that caused weather warning sirens around the city to go off early Saturday morning came via a radio frequency, not a computer network.

"Our system is not software related and on a computer. It's a radio system," Broadnax said, before declining to tell reporters exactly how the hack occurred. "I don't want someone to understand how it was done so that they could try to do it again. It was not a system software issue, it was a radio issue."

Tornado sirens depend on radio-frequency communications to work. A transmitter receives a signal from an outside source – a police dispatcher or weather official – and triggers the appropriate siren. By hijacking the signal going into the transmitter, the hacker seemingly managed to trigger all of the sirens at once.

These frequencies are public, and the Federal Communications Commission must manage them. In 2004, they made sure that part of the radio spectrum was reserved for use by law enforcement and homeland security, after problems arose with overcrowding by commercial wireless carriers. In one case, the shift disabled tornado alarms in a town in Arkansas when they bought new radios that used the updated frequency.
click to enlarge

A map of all the warning sirens you heard this weekend.
City of Dallas

Broadnax said the patches the city put on the system over the weekend leave the city safe during severe weather season. "We've made security and technological improvements to eliminate the option for someone going forward," he says.

Prior to speaking with the media, Broadnax gave the City Council's public safety committee a list of city systems that he believed should be evaluated for potential vulnerabilities. The committee, which had hoped to discuss the siren hack in closed session, was stymied by the city attorney, who said doing so would violate Texas open meetings law. Instead, Broadnax will brief the full City Council on Wednesday. The city manager says he will ask the council to fund a vulnerability assessment for several areas of the city's infrastructure.

The Dallas Police Department is leading the investigation into the hack, which Dallas city officials said over the weekend was probably done by someone locally, but Broadnax said the FCC and the FBI are assisting with the investigation.

Despite the malfunction early Saturday, Broadnax says the city's siren system is ready should there be an outbreak of severe weather this spring. The siren system is old, he said, but the issues that allowed the sirens to be attacked were patched over the weekend.

"The fixes that we put in place this weekend safeguard the system," Broadnax said. "We do not expect any further intrusions, specifically of this nature, based on what we've done."