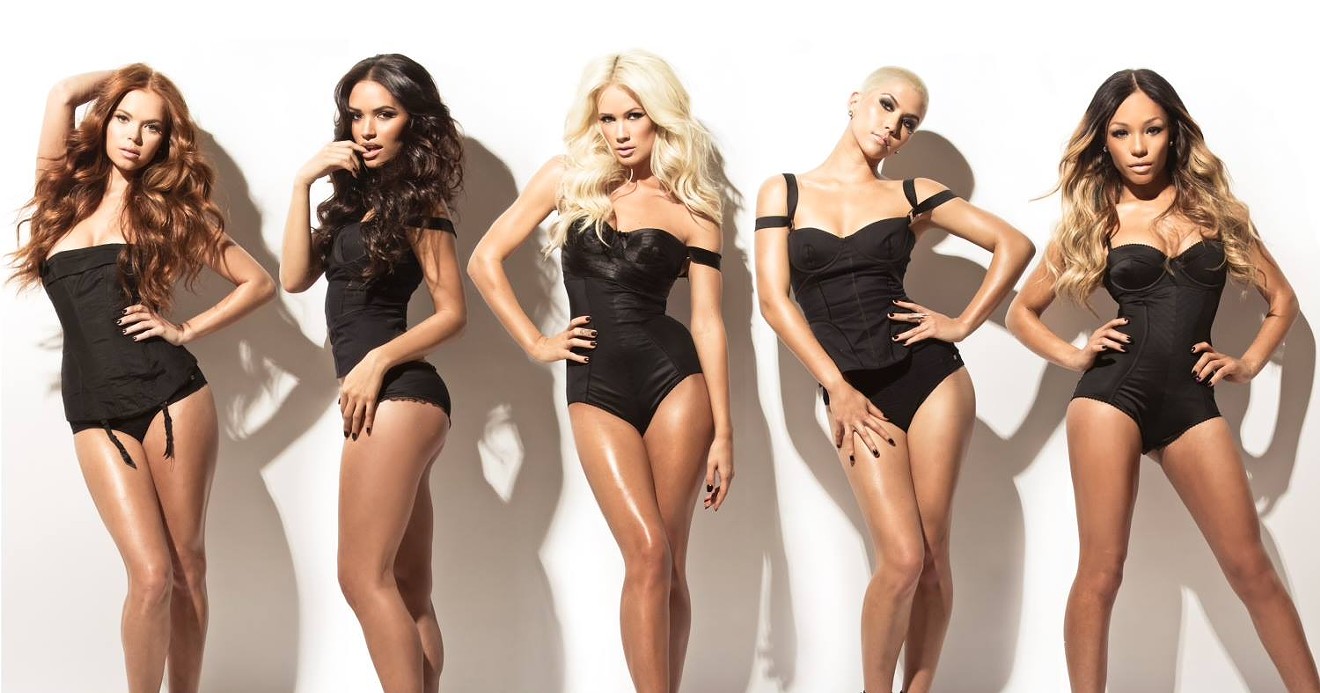 The Dallas Cowboys Cheerleaders got their start in 1960 as a group of co-ed high school cheerleaders. Then in 1972, to boost attendance, the squad was changed to a group of adult women who danced and wore revealing costumes. What sort of career prospects did dancing and showing skin open up for some of the women? Why, reality TV, of course, some music videos and film acting and even an NBA scouting gig.

Let's take a look at 13 former DCCs and what they are up to now. 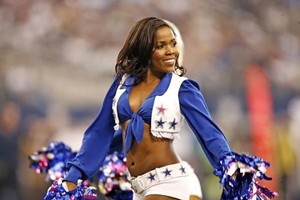 DCC 2012-2014
Goode was on the most recent installment of The Bachelor, making it about halfway through the "journey" before Nick Viall sent her home. You might remember her for telling Viall she wanted to choke him — both out of anger and sexually.

Jenni Croft
DCC 2002-2004
Season 11 of The Bachelor proved unique because Bachelor Brad Womack left two women heartbroken at the end of his journey. Former DCC Jenni Croft was one of them.

Melissa Rycroft
DCC 2006-2007
Not only did Rycroft appear on CMT's Dallas Cowboys Cheerleaders: Making The Team, she also appeared on The Bachelor and then Dancing With The Stars. She was the final woman standing on The Bachelor before Jason Mesnick changed his mind and broke up with her for the runner-up. Rycroft went on to compete on DWTS twice and won her second season.

Starr Spangler
DCC 2005-2007
During the 13th season of Amazing Race, Spangler competed alongside her brother and together they won the $1 million grand prize. 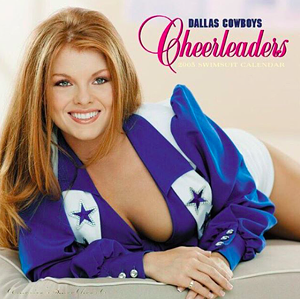 Brandi Redmond
Brandi Redmond's Instagram
DCC 2004-2005
Redmond is the fiery redhead on the Real Housewives of Dallas who loves making poop jokes any chance she gets. She coined the phrase "Jesus juice" for wine and feuded with co-star LeeAnne Locken on the first season of RHOD.

Kristin Holt
DCC 2000
Who needs Kelly Clarkson when you have Kristin Holt, now Adams? She competed on the first season of American Idol and now she has a successful YouTube channel with her husband, where they vlog about their family and lip sync to popular songs.

Michelle Parma
DCC 1993-1994
Parma appeared on the third season of MTV's Road Rules, where she and cast members trekked through Europe, running with the bulls in Spain and more. Sadly, in 2002, she died in a car accident while traveling from Dallas to Houston.

Erica Kiehl Jenkins (pictured at top)
DCC 2007-2009
After traveling the world with DCC's show group, Jenkins went on to do the same with Le Noir – The Dark Side of Cirque. She was also part of the Pussycat Dolls' traveling burlesque show before joining the revamped girl group of the same
click to enlarge 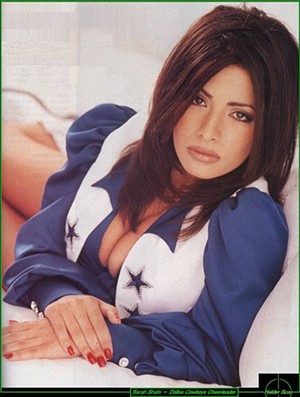 Sarah Shahi
jimscelebs.com
name. She appeared as a dancer in Love and Mercy, the movie about Brian Wilson's life; is the featured lead role in a movie set to appear this year, Madhouse Mecca; and she appeared in a McDonald's ad and this ad for Depend. She says casting agents for movies and TV always ask her about being a Cowboys cheerleader. "People see it on my resume and they are very impressed by it," she tells us.

Lezlie Deane
DCC 1983
Deane was a DCC for only a short time because she was fired after she says she intentionally kicked a choreographer in the face during a back handspring. She says she was tired of the choreographer telling her what to do, but she's since overcome the anger issues she dealt with in her 20s. After her stint as a DCC, she went on to compete in roller derby and coach her own team. Today, she's part of the band Scary Cherry and the Bang Bangs, which she says is gearing up for another world tour.

Abigail Klein
DCC 2007-2009
Klein appeared in the Adam Sandler movie That's My Boy, as well as Drop Dead Diva. She was also Easton Corbin's love interest in his music video for "Lovin' You Is Fun." Oh, and TMZ caught a video of her leaving an L.A. restaurant with former Dallas Cowboy Troy Aikman, sparking dating rumors.
click to enlarge 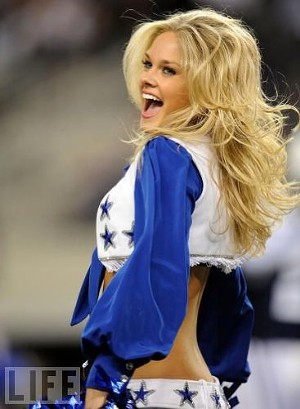 
Sarah Shahi
DCC 1999
Shahi has become a successful actress in Hollywood, having starred in Rush Hour 3, Chicago Fire, Fairly Legal, The L Word and Person of Interest. On an episode of Lopez Tonight, Shahi said she tried out to be a DCC because she eventually wanted to be an actress.

Bonnie-Jill Laflin
DCC 1996
Laflin's DCC swimsuit calendar cover caught the eyes of Baywatch casting directors and landed her a role as a lifeguard named Tina on the show for four episodes. Then she was Dierks Bentley's sexy love interest in his music video for "Come A Little Closer."

From 2005 to 2012, she was a scout for the LA Lakers, making her the league's only female scout ever. She also doubled as assistant general manager of a Lakers Development League team. Today, she's a sportscaster for Fox Sports and BBC Sports. 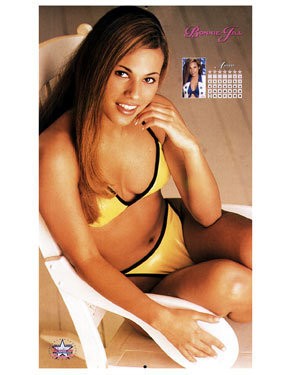 Bonnie-Jill Laflin
Courtesy of Bonnie-Jill Laflin
Laflin says she still stays in contact with Cowboys owner Jerry Jones and his family. "They're always saying how much they love how I used the Cowboys Cheerleaders as a stepping stone to move on and do other things," she tells us. "I still always praise the Cowboys because they got me my first real public gig and my fans still remember me as being a Dallas Cowboys cheerleader."

Lisa Ligon
DCC 1996-1998
You might recognize Ligon from Brooks and Dunn's music video for "Play Something Country" or Trace Adkin's video for "Hot Mama," but she is also the founder of Purrfect Angelz, a group of female dancers, models and entertainers who perform at casinos, nightclubs and on military tours. Purrfect Angelz have appeared in Adkin's "Honky Tonk Badonkadonk" music video, performed for award shows, and even competed on America's Got Talent.