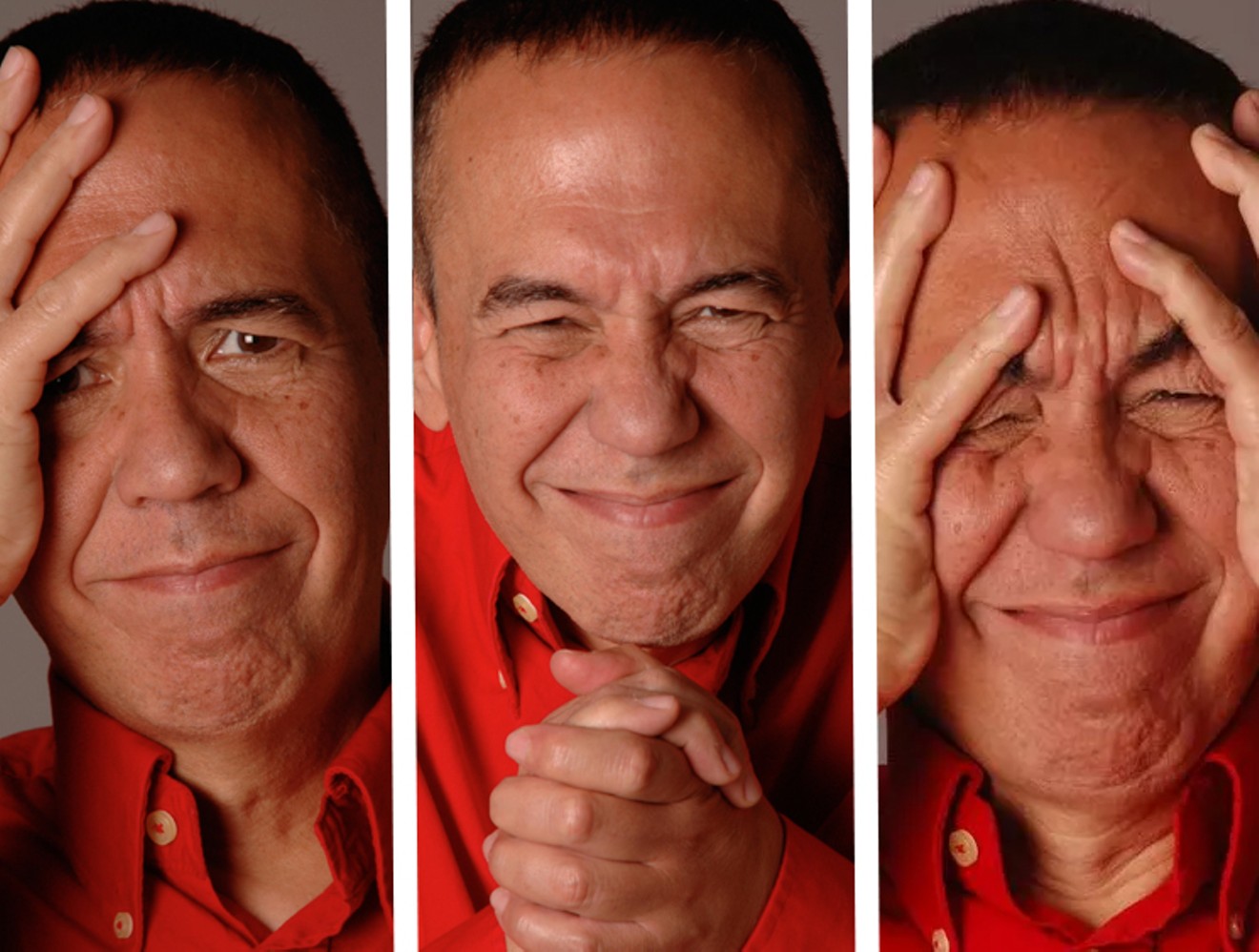 Gottfried has one of the most original formulas in the history of comedy, which he performs in clubs and theaters such as the Addison Improv, where he'll be this weekend.

For starters, he has that recognizable voice; he screeches almost every syllable of every word. It's a voice that's been heard in countless commercials.

He's been the voice of the Aflac duck and Jafar's parrot companion, Iago, in Walt Disney's Aladdin, and he's made lots of appearances on sitcoms and talk shows.

Gottfried also has an unflinching approach to material. He dives head first into jokes that are designed to shock or tackle touchy subjects. He's not afraid to tell a joke "too soon."

"It's a funny thing," Gottfried says. "For most of the years, I would work squeaky clean because I wanted to make sure that the jokes I was coming up with would work on their own. I always knew a lot of dirty jokes. I just didn't say them onstage all that much."

He told jokes about terrorism just a few days after Sept. 11, 2001, to a stunned audience at the New York Friars Club roast of Hugh Hefner. His set was shortened for the version televised on Comedy Central, where you see him win back the crowd with his telling of the famed "Aristocrats" joke.

Aflac fired him as its spokes-duck for joking about the 2011 earthquake and tsunami in Japan on his Twitter feed.

"That's one of those things I can't help," Gottfried says. "If you tell me don't do something, that gets me to do it."


His outspokenness may have cost him a few gigs in the short term, but it's paid off big in the long term. The Aristocrats joke earned him a memorable moment in Paul Provenza's documentary, The Aristocrats. Gottfried says the film opened doors for him.

He's still appearing on TV shows such as HBO's Crashing and Matt LeBlanc's Showtime sitcom, Episodes, and doing voices on pretty much every popular kids cartoon, including Nickelodeon's Teenage Mutant Ninja Turtles reboot, on which he voices Kraang Subprime.

"I get a lot of Tweets from people who say they can't watch [Kushner] now without hearing my voice," Gottfried says.

Gottfried says he started putting his voice in people's heads at age 15 when he first took a crack at standup in a Manhattan club that let anyone who signed his or her name on a set list jump on the stage.

"My act back then was very much like those impressionists, like Rich Little and Frank Gorshin, where it was basically, 'Hey, imagine it was so-and-so and it goes something like this,'" Gottfried says. "Then I was doing it for a while, and I got tired of doing just imitations and I started branching out to other stuff."

He toured as a standup comedian for years before scoring his first big television break as a member of the 1980 cast of NBC's Saturday Night Live. Like most of the sixth season's cast, his SNL stint only lasted a year, but it catapulted his career. He made the jump to movies in the mid-'80s, starting with the 1987 box office hit Beverly Hills Cop II with Eddie Murphy.

"I'm really proud of how my own scene in Beverly Hills Cop II came out," Gottfried says. "That's when people started discovering me as far as how movies went. Eddie Murphy and I just kind of improvised it and did it differently each time."


Gottfried's role in Aladdin gave him one of his first cracks at a family-friendly audience.

"That was not just a major hit," Gottfried says, "but a quality production."

Gottfried was humbled years later when he learned that Wall Street Journal reporter Ron Suskind was using an Iago puppet and an impersonation of Gottfried's voice and other characters from Disney films to communicate with his autistic son, Owen.

The documentary Life, Animated chronicled Owen's story, and Gottfried got to share a touching moment with Owen onstage at the Night of Too Many Stars concert and telethon in 2015. The event at New York City's Beacon Theater raised millions of dollars for autism education.

"I've always said I can do some wonderful things as long as I'm not directly involved," Gottfried says.


Gottfried is still one of the busiest character and voice actors in the business. He has a deep love for the business, especially "old Hollywood," a topic he loves to explore on his series Gilbert Gottfried's Amazing Colossal Podcast!, in which he talks with show business veterans such as Dick Van Dyke and acclaimed TV creator Norman Lear.

"I feel like show business in general, everything changes so quickly," he says. "I feel like the exact second I have a vague understanding of how show businesses works, it all changes, and with the internet, it's really different."

Gottfried has become enough of a veteran that he has a documentary, Gilbert, directed by Harmontown's Neil Berkeley. It was met with wide acclaim when it premiered at the Tribeca Film Festival.

"[Berkeley] approached me and said he always wanted to do a documentary about me, and I said, 'You should set your dreams a lot higher than that,'" Gottfried says. "Then he followed me around and did the documentary, and to my shock, people like it."