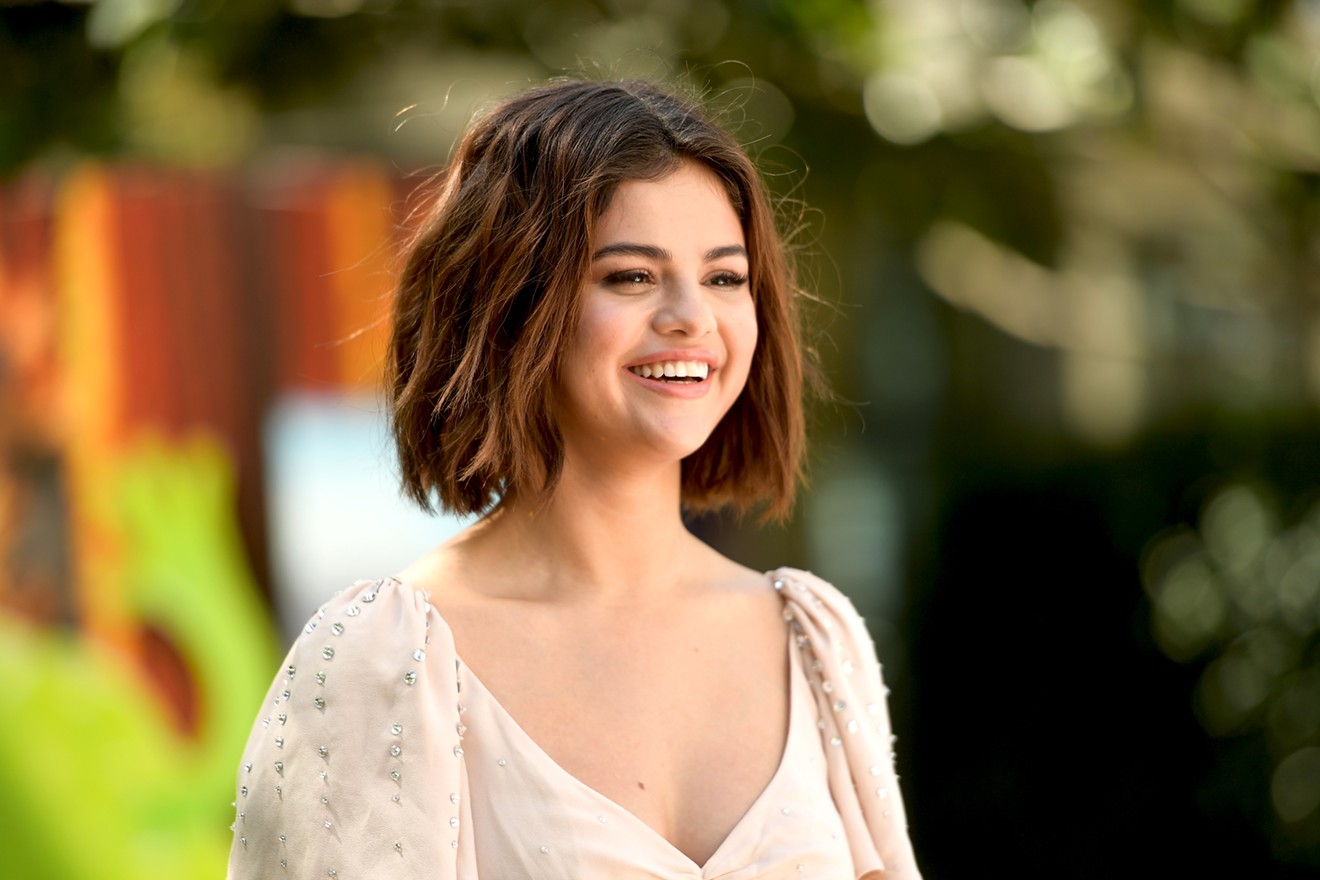 Mansfield students were treated to a spontaneous visit this week by superstar and former Danny Jones Middle School student Selena Gomez. Matt Winkelmeyer/Getty
It's been a good few weeks for North Texas students. Erykah Badu brought her friend Common to pay a motivational visit to her old stomping grounds, Booker T. Washington High School for the Visual and Performing Arts, at the end of August. This Tuesday, another DFW school got a superstar visitor when Selena Gomez casually stopped by her old middle school in Mansfield to surprise students and catch up with some of her former teachers.

The Grand Prairie native attended Danny Jones Middle School in Mansfield as a seventh-grader before moving to Florida to start her Disney career. In a video posted by the Fort Worth Star-Telegram, Gomez’s former coach Stephani Gray recalled the actress talking about her first projects. “[Selena] said, ‘I’m just going to Florida…I’m just going to be in a little Disney film.’” Gray said she thought at the time that little Selena was exaggerating, like a normal, imaginative middle school student.


“[Gomez] said she was going to get some coffee from Starbucks and said ‘Oh my god, this is my old school. Let me stop by.’” — Danny Jones principal Travis Moore

According to CBS-DFW, Gomez didn’t plan to stop by Danny Jones, but made an impromptu visit. Travis Moore, Danny Jones principal, told CBS, “[Gomez] said she was going to get some coffee from Starbucks and said ‘Oh my god, this is my old school. Let me stop by.’”

Gomez came back to North Texas to show her best friend the place where she grew up. She brought along some people from her label as well. “[I] just [wanted] to show them where I grew up and how proud I am of where I’m from,” Gomez said.

The singer and actress got a chance to catch up with some of her old teachers and took photos with students. She addressed the young crowd and gave them some words of inspiration. Student Isabella Silerio told CBS that she doesn’t only see Gomez as a Disney and pop star but also a role model for her and her classmates. She can see Gomez and say to herself, “This girl was sitting in the same classrooms I used to sit in.”

Jaxon Remillard, a student at Danny Jones and a semifinalist on the Kids Baking Championship reality show, said, “It was a total surprise and she told us to always try your best and achieve your goals because nothing is impossible.”

The 27-year-old Gomez also walked onto the school grounds with a camera crew. She is in the process of filming a documentary about her childhood and all of her hometown memories.

“I honestly didn’t know it’d go as well as it did,” she said, "I didn't know I'd get to come and be a part of this, so I'm really happy."
KEEP THE DALLAS OBSERVER FREE... Since we started the Dallas Observer, it has been defined as the free, independent voice of Dallas, and we'd like to keep it that way. With local media under siege, it's more important than ever for us to rally support behind funding our local journalism. You can help by participating in our "I Support" program, allowing us to keep offering readers access to our incisive coverage of local news, food and culture with no paywalls.
Make a one-time donation today for as little as $1.