Comedians To See in DFW in January 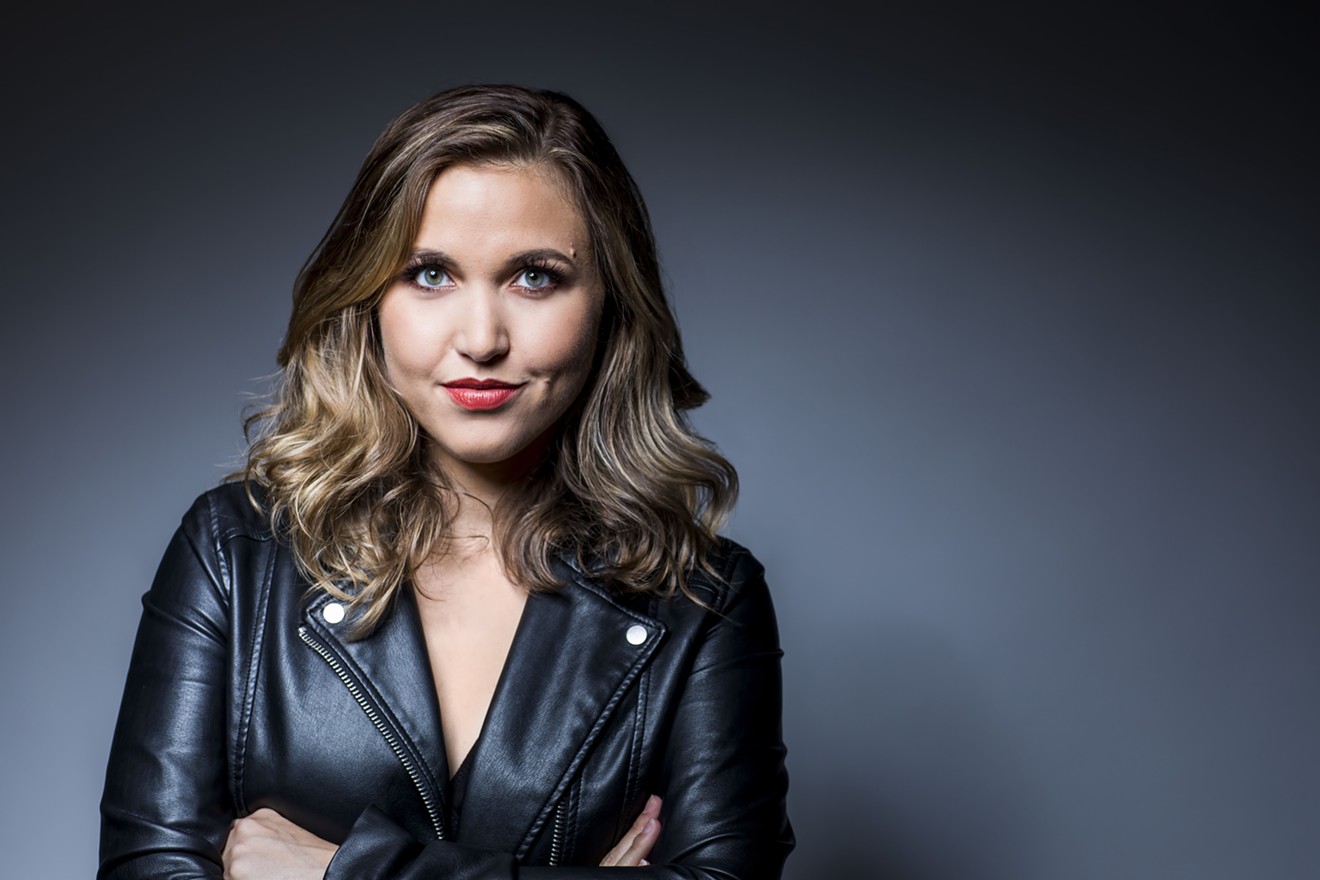 
There’s no time like now to get a good laugh. Every time you turn on the news, it’s a horror show and your nerves are frayed from giving up smoking, alcohol, gambling and pornography. You need a release, so why not partake in the healing powers of laughter?

Lucky for you, there’s a wide variety of venues and comedians coming to Dallas this month. Some you might already know, some will become the new favorite you tell your friends about, but all are acts that shouldn’t be missed for fans of stand-up comedy.

Matthew Broussard on Jan. 10-12
Matthew Broussard got his start performing in Texas, winning Houston’s Funniest Person contest and never looking back. His appearances on television have been numerous since, working on projects such as The League, Guy Code and his own half-hour special on Comedy Central in 2016. Broussard is a quick wit, moving on to his next joke while you’re still laughing at the line before. His style is observational without being excessively talkative — he reaches his point and his punchline with a speed that never lets up, and the audiences are always thankful for it.

Jamie Kennedy on Jan. 11-13
Probably still best remembered as Randy in the Scream franchise and his show The Jamie Kennedy Experiment, Jamie Kennedy will rest his well-traveled bags in Addison this month. Watching Kennedy perform is much like paying to see a 12-person lineup, as Kennedy slips into a multitude of characters and voices that benefit from his experience as an actor. He’s not the typical “actor cashes in on his fame act” onstage, either — Kennedy has become a presence in comedy clubs across the country for years, working on his act and honing it to be known just as much as a stand-up comedian as he is an actor.

Taylor Tomlinson on Jan. 17-20
Taylor Tomlinson most likely isn’t a name you’re familiar with right now, but in the next few years, you’ll be able to say you saw her before she was a gigantic star. Coming off the success of her special on Netflix’s The Comedy Lineup, Tomlinson provides sharp commentary on her place in the world, watching the friends around her take the next steps into adulthood while still figuring things out for herself. Tomlinson’s material is relatable to all audiences, and it’s because her voice is so strongly original while her peers at the same level are struggling to find their place. Dallas will finally be able to see her live now that she’s finished an 18-city tour with Conan O’Brien as part of his Conan & Friends Tour. Buy tickets for her visit this month, because it’s guaranteed they will be three times as expensive the next time she stops in.

Clayton English on Jan. 17-20
If Atlanta-born Clayton English sounds like a familiar name, it’s because you watched him go all the way to win NBC’s Last Comic Standing. He was the easily predicted winner for his year (or any other) of Last Comic Standing, as comfortable telling a story to a sold-out room as he would be at a family dinner. English is an exceptional writer, knowing how to pace out his presentation for maximum comedic effect, mining the humor from the situation he presents and not mugging for easy laughs by grabbing low-hanging fruit.

Iliza Shlesinger on Jan. 25
Iliza Shlesinger has come a long way since winning Last Comic Standing in 2008. Now having released her fourth Netflix special, Elder Millennial, Shlesinger is once again on the road, taking a leave from mainstay status at clubs like the Comedy Store in Los Angeles. Always animated, always filling an entire room with her presence, Shlesinger remains a prominent voice in the ever-changing tone of modern comedy. With movie appearances such as her recent one in the November-released film Instant Family, the times to catch her on tour will no doubt become more widespread as her calendar becomes more packed.

Tom Segura on Jan. 26-27
Tom Segura is probably one of the stand-up comics who benefited most from the Netflix boom of specials handed out to comedians. His first special on the streaming platform, Completely Normal, took him from a working comedian hitting the road to make a living, to a superstar within a matter of a few years. His comedic voice is unique, as he assumes the role of a calm instigator. He doesn’t pace the stage ranting and raving about a personal injustice he lived through, but rather stays planted in the center spotlight, still packing the same ferocious punches. Segura’s not afraid to offend, but he doesn’t do it for cheap shock effect. He’s making a point — a hilarious one — and keeps his integrity in check by not softening the blow to be accommodating to the lowest common denominator.

Majestic Theatre, 1925 Elm St., $62 and up
KEEP THE DALLAS OBSERVER FREE... Since we started the Dallas Observer, it has been defined as the free, independent voice of Dallas, and we'd like to keep it that way. With local media under siege, it's more important than ever for us to rally support behind funding our local journalism. You can help by participating in our "I Support" program, allowing us to keep offering readers access to our incisive coverage of local news, food and culture with no paywalls.
Make a one-time donation today for as little as $1.