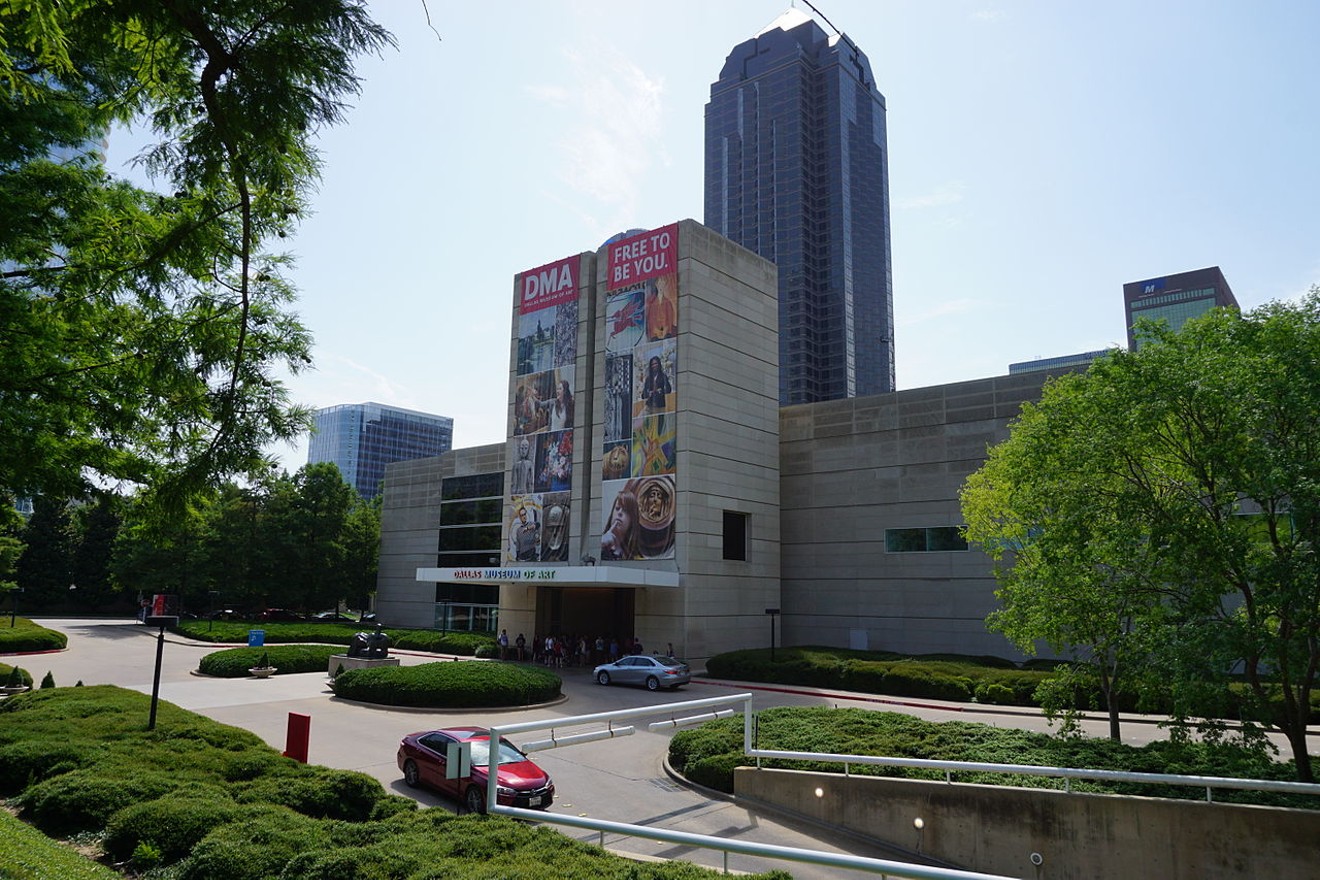 
The act of looting cultural property such as art has been regarded as a significant problem during times of war, but most people don't know that the practice also festers on a peaceful front. Case in point: Erin L. Thompson, professor of art crime ( by the way, imagine the job hunt this profession requires) at John Jay College, pointed out in a Friday article via online arts magazine HyperAllergic that a deified sculpture was stolen from a temple in Kathmandu, Nepal in 1984 and sat comfortably on display at the Dallas Museum of Art until December 16, 2019.

Thompson had pointed this out as early as November, when she took to Twitter to detail the sculpture’s history. “This 15th century sculpture, 34” tall, was worshipped in the Narayan Temple in Patko Tol, near Durbar Square, Kathmandu. It is an image of Lakshmi-Narayana: half Narayan (a manifestation of Vishnu) and half Lakshmi (his consort),” she said in a November 19 tweet with DMA’s official Twitter account as a recipient.

The following morning, the DMA replied to the thread, saying, “The Dallas Museum of Art takes these matters very seriously and we are currently looking into this.”

While Nepal effectively banned the export of such statues in the Ancient Monuments Preservation Act of 1956, the country opened its borders with India in a 1950 treaty which was brokered after the latter gained independence from Great Britain in 1947. While it initially yielded a modest generation of tourist revenue, it nonetheless opened the Nepalese economy to the West and paved the way to the construction of a United States embassy in Kathmandu in 1959. Per Thompson’s article, “tens of thousands of tourists a year visited the Kathmandu Valley” in the 1980s, and the West’s fascination with its art led to an outbreak in art robbery.

The Lakshmi-Narayana sculpture was reportedly auctioned in New York in 1990. Somewhere along the way, it was purchased by Dallas art collector David T. Owsley, the legacy of whose grandfather, Frank C. Ball, you may see in the Ball mason jars you keep in your kitchen cabinet. A notorious art connoisseur, Owsley studied art history at Harvard and New York University, has an art museum named after him in Muncie, Indiana, and in the case of DMA, kept the Nepalese sculpture in the “David T. Owsley Galleries of South Asian Art.”

While the DMA has publicly acknowledged Thompson’s concerns and has taken the Lakshmi-Narayana sculpture off display following an internal investigation, we still reached to Jill Bernstein, director of communications and public affairs for DMA, for comment, as well as Thompson herself. As of writing, we have still not heard back.

Update: Bernstein wrote back with the following statement: "As soon as the DMA was made aware of the recent information with respect to the stele, the Museum began an internal review and research of the object, which was on loan to the DMA from a private collection. The DMA has removed the stele from display while we work with the lender to gather additional information and determine an appropriate and responsible course of action."

Thompson also replied back: "It’s a good sign that the Museum is already discussing the statue with Nepal, and I hope the fate of this statue is quickly and cooperatively settled. But I’m also hoping that the Museum’s concern about the origin of its artworks doesn’t stop with this one statue. The Dallas Museum of Art, like many American museums, needs to do a lot of research into where its art came from — and if any of it needs to go back."
KEEP THE DALLAS OBSERVER FREE... Since we started the Dallas Observer, it has been defined as the free, independent voice of Dallas, and we'd like to keep it that way. With local media under siege, it's more important than ever for us to rally support behind funding our local journalism. You can help by participating in our "I Support" program, allowing us to keep offering readers access to our incisive coverage of local news, food and culture with no paywalls.
Make a one-time donation today for as little as $1.