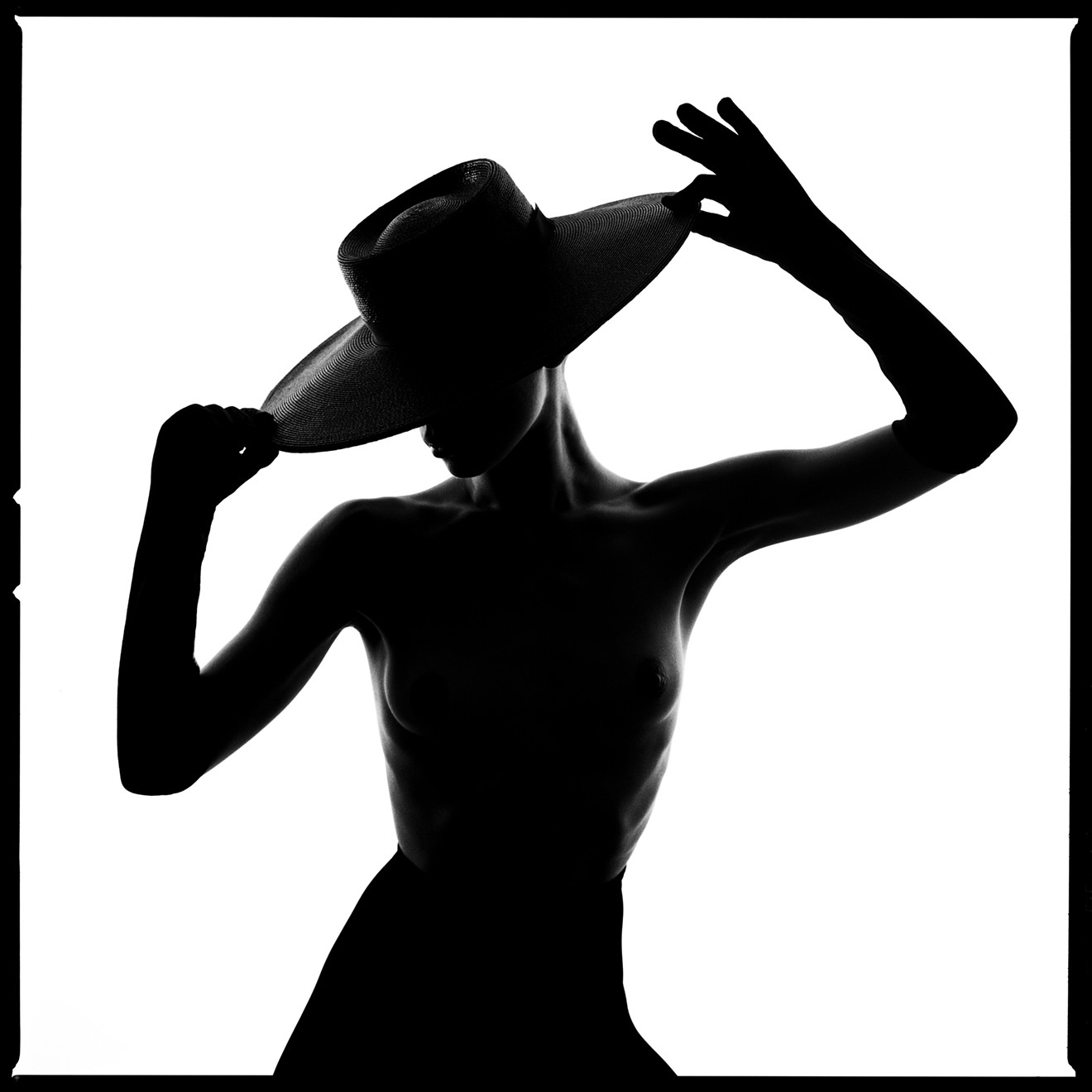 A portrait of a woman wearing a hat included in Tyler Shields's Silhouette series. Tyler Shields
Photographer Tyler Shields is familiar with controversy and cancel culture; his widely controversial images included the “severed” Donald Trump mannequin head (famously held by Kathy Griffin) and a lynching of a KKK member by a Black man, earning him the nickname the Bad Boy of Photography. But his latest series, a collection of black and white portraits born from the early days of pandemic lockdown, shows Shields in a much different light — just like the subjects in Silhouettes, which debuted in Dallas this past weekend.

Early last year, when lockdowns began, the Los Angeles-based photographer who's worked with many celebrities such as Lindsey Lohan and Emma Roberts, says he found a sense of artistic freedom with all of the spare time.

“When the world stopped, I was able to figure out a new type of image for myself that I had never done before," Shields says via phone. "And I created a whole series from it. And, you know, it was almost like a savior. It gave me this freedom.”

Much of Shields’ previous work is drenched in vivid colors with lots of light and virtually no shadows or darkness. With this series, though, Shields, who exclusively shoots on film, needed months to overcome technical hurdles to create multifaceted silhouetted portraits that, he says, really tell a story. He adds that it’s the most "fun" series of photographs he’s done yet, even more fun than some of those early controversial shots.

The “bad boy” title is not Shields’ only media-given epithet. Many praise him as Hollywood’s favorite photographer and the Andy Warhol of his generation. His controversial work, however, is likely what cemented his early fame. In 2017, the image of Trump’s decapitated head held by Griffin received much criticism from the public, and in 2011, Glee’s Heather Morris donned a fake black eye for a photoshoot the two referred to as “busted Barbie.” Shields says he received thousands of death threats from people claiming his work made light of domestic abuse. Shields denied that was ever the intention. His image of a nude Black man lynching a KKK member in the collection Historical Fiction was deemed “liberal violence” by many conservatives but was widely celebrated and shared during the early days of the Black Lives Matter movement.


Shields says he understands why he’s been labeled the way he has and doesn’t really care. And as far as being on the receiving end of cancel culture more than a couple of times, he says artists have to be willing to take the heat.

“When I took the KKK image ... people said to me, ‘Do not release this, it will ruin your career. Like, you'll never come back from this,’" he says. "Cut to [six] years later and it's one of the most celebrated images I've ever taken.”

Shields says he won’t let controversy affect the work he wants to make moving forward, but that he sees it stop some artists from creating the work they want. As far as he’s concerned, the public doesn’t have a right to control his artistic endeavors.

The Silhouette exhibition, which Shields says he will continue working on, features some photos he has shared on his social media and some that have not been shared before. It's on display at Samuel Lynne Galleries at Thompson Hotel through June 1. And, always one to juggle multiple projects at a time, he hints to his next big project.

“I'm doing a whole crazy shoot with a helicopter," Shields says. "That's as much as I could say at the moment.”
KEEP THE DALLAS OBSERVER FREE... Since we started the Dallas Observer, it has been defined as the free, independent voice of Dallas, and we'd like to keep it that way. With local media under siege, it's more important than ever for us to rally support behind funding our local journalism. You can help by participating in our "I Support" program, allowing us to keep offering readers access to our incisive coverage of local news, food and culture with no paywalls.
Make a one-time donation today for as little as $1.