Are You Sick of Hamilton Already? Check Out These Other Musicals 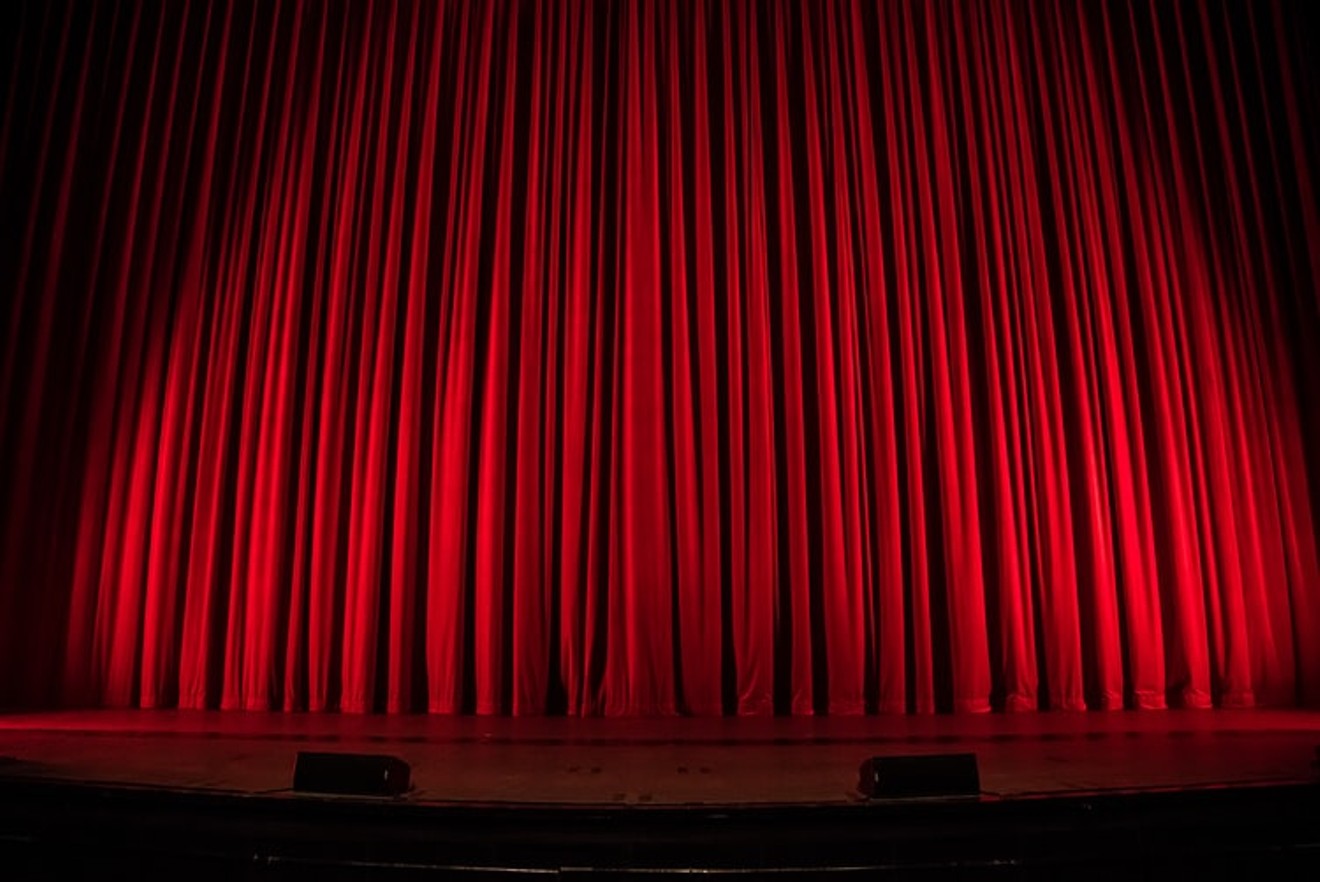 Is there anything other than Hamilton behind the curtain? Rob Laughter/Unsplash
Since its opening in 2015, Hamilton, Lin-Manuel Miranda’s hip-hop musical phenomenon about the life of Treasury Secretary Alexander Hamilton, has become a cultural sensation and one of the only shows to unite theater’s biggest fans and those who eschew show tunes at all costs — gripping audiences with its inspiring story and exceptional score.

Five years after its premiere, the filmed version of the stage production was released to the public on Disney+ on July 3. Finally, fans no longer have to “wait for it.”

Despite the show’s broad appeal, some people bristle at the idea of watching a musical, wrinkling their noses at the campiness they associate with show tunes. Part of Hamilton’s success can be attributed to its multi-genre soundtrack, distinguishing it from traditional shows. It reflects modern musical tastes and tells a deeply compelling story. What’s not to like?

But Hamilton isn’t the only show to employ various musical genres, nor is it the only musical to tell a story based on American history. Its style is evidence of the evolution of Broadway trends. Not every musical has corny love songs and one-dimensional characters. So if Hamilton has you curious about what more musical theater has to offer, start with these movie musicals.

This classic movie musical, based on the plot of Shakespeare’s Romeo and Juliet, centers around Maria (Natalie Wood) and Tony (Richard Beymer). Two star-crossed lovers from rival gang communities have a secret relationship that gets caught in the crosshairs of growing tensions between the two gangs: The Jets, an all-white crew, has a conflict with the Sharks, a Puerto Rican group. This tragic story includes a varied score, with upbeat comedic songs such as “America” and “Gee, Officer Krupke,” and slow, moving ballads, including “Maria” and “Somewhere.” It also won a whopping 10 Academy Awards, including Best Picture; moreover, Rita Moreno (Anita) became the first Hispanic woman to win an Oscar, earning the award for Best Supporting Actress.

The movie musical staple stars Julie Andrews as Maria, a nun who leaves the abbey to serve as a governess to the children of the strict, bitter widower Cap. Georg von Trapp in Nazi-controlled Austria. She brings music and joy into the family’s lives, with classic, sing-able songs such as “My Favorite Things,” “Do-Re-Mi,” “I Have Confidence” and many more. The Best Picture winner at the 1966 Academy Awards, it remains a beloved favorite for people of all ages.

Barbra Streisand shines as the quirky but confident Fanny Brice, an up-and-coming actress who charms her way to success as a star of the renowned Broadway productions known as Ziegfeld Follies, simultaneously navigating her relationship with professional gambler Nick Arnstein (Omar Sharif). Streisand won the Academy Award for Best Actress for her work in this film. The score includes many riveting songs, among them the classic anthem, “Don’t Rain on My Parade.” Inspired by Brice’s real life, the show encourages ambition and conviction in its viewers, illustrating the value of being a self-advocate in accomplishing one’s goals.

Written by the same duo as Chicago, (John Kander and Frank Ebb), Cabaret is set in Berlin in the early 1930s, centering on the sanguine and charismatic cabaret performer Sally Bowles (Liza Minnelli) as she struggles to remain hopeful in Nazi-controlled Germany. The winner of eight Academy Awards in 1973, the movie employs a jazzy score, including the title song “Cabaret,” to contrast with dark themes such as anti-Semitism, homophobia, sexism and turbulent relationships. The plot builds to a haunting, intense conclusion that will leave shivers running down viewers’ spines.

To say this movie musical is unique would be an understatement. Its rock score, spooky-yet-campy tone, goriness and eccentric characters put this cult classic in a league of its own. In the film, Janet Weiss (Susan Sarandon) and Brad Majors (Barry Bostwick), seek help with a flat tire in a house owned by Frank-N-Furter (Tim Curry), a bisexual, transsexual mad scientist. This show is perfectly chaotic, managing to be just short of insane. If viewers can suspend their disbelief, they will be treated to an undeniably entertaining show.

Evita is about the life of Eva Perón, the first lady of Argentina whose controversial political tactics and means of gaining power make her not only an interesting historical figure but also a nuanced and compelling character. In the 1996 movie adaptation, Madonna portrays Eva, a 15-year-old girl from a low-income family who moves to Buenos Aires, Argentina to pursue an acting career, eventually rising to become the most powerful woman in the country in the mid-20th century. The narrator, Che (played by Antonio Banderas), adds commentary and criticism throughout the story, countering Eva’s perspective. The music is beautiful, and Eva’s complex characterization illustrates a woman who, whether or not one agrees with her methods, is undeniably successful; however, it will leave viewers wondering whether her true loyalty is to her people, or to herself.

In the 2002 adaption of Chicago, director Rob Marshall innovatively uses the medium of film to enhance and deepen the story, creating a musical adaptation that stands out among the rest. It received six Academy Awards in 2003, including Best Picture, as well as Best Supporting Actress for Catherine Zeta-Jones, who played Velma Kelly. Roxie Hart (Renée Zellweger) and Kelly are women charged with murder in 1920s Chicago. They each manipulate the media in hopes of being acquitted and using their fame to bolster their careers, with the help of the sleazy, flashy lawyer, Billy Flynn (Richard Gere), and Matron “Mama” Morton (Queen Latifah).
The musical numbers all include dreamlike scenes to express each song’s deeper meaning, while still honoring the original stage version. For example, the song “Cell Block Tango” is stunning, with an army of jailed women wearing rags and chanting, “He had it coming!” Marshall uses “movie magic” to enrich the stage version, producing lavish musical numbers and striking imagery while preserving the show’s distinct Bob Fosse flavor.

Rent’s angsty rock score provides the perfect vehicle for conveying the bitterness of disillusioned artists struggling to support themselves in New York City during the HIV/AIDS epidemic. The government’s response to problems such as homelessness, drug abuse and AIDS caused the characters to resent their leaders’ apparent apathy, if not contempt, toward disenfranchised people. The characters are a mix of white, Black, Latinx, straight and LGBTQ+ people; they fight, fall in love, grapple with disease, mourn their friends, pursue their passions and gain resilience in uncertainty. A story of love, in all of its forms, and of people “living with, not dying from disease,” Rent teaches viewers to celebrate life, even in the face of death.

Les Misérables is one of the most well-known and successful musicals in history, owing to its iconic score. The haunting music, including such masterpieces as “I Dreamed a Dream,” “On My Own,” “One Day More” and “Confrontation” demonstrate the characters’ pain as they struggle to find freedom and love in an oppressive, morose world. The classic story, based on Victor Hugo’s novel, is a historical fiction grappling with socioeconomic stratification, loyalty, friendship, love and redemption during the June 1832 Paris rebellion.
For those hoping to watch it without having to suffer through Russell Crowe’s infamous singing in Tom Hooper’s star-studded version, there are several filmed Les Misérables “in concert” shows, including the commendable 25th anniversary concert. Each performance is guaranteed to have viewers building their own barricades in their living rooms.

Like Hamilton, much of the original Broadway company of Newsies reprised their roles in 2017 in a professionally recorded performance that's available on Disney+. While most of the characters are fictional, the plot of Newsies is based on the real newsboy strike of 1899, in which the boys protested media giants Joseph Pulitzer and William Randolph Hearst for their greedy business practices. The story centers on Jack Kelly (Jeremy Jordan), the leader of a group of poor newsboys in New York City. Katherine Plumber (Kara Lindsay) is the young journalist assigned to report on the protest; with her help, Jack and the other newsies spread awareness of their strike, pressuring Hearst and Pulitzer to meet their demands. The show has a lighthearted, optimistic tone that reminds us that young people can, and should, work to make a difference in their communities. The rousing musical numbers and the thrilling choreography will satiate viewers’ recent Hamilton-induced desire to stick it to "The Man."
KEEP THE DALLAS OBSERVER FREE... Since we started the Dallas Observer, it has been defined as the free, independent voice of Dallas, and we'd like to keep it that way. With local media under siege, it's more important than ever for us to rally support behind funding our local journalism. You can help by participating in our "I Support" program, allowing us to keep offering readers access to our incisive coverage of local news, food and culture with no paywalls.
Make a one-time donation today for as little as $1.