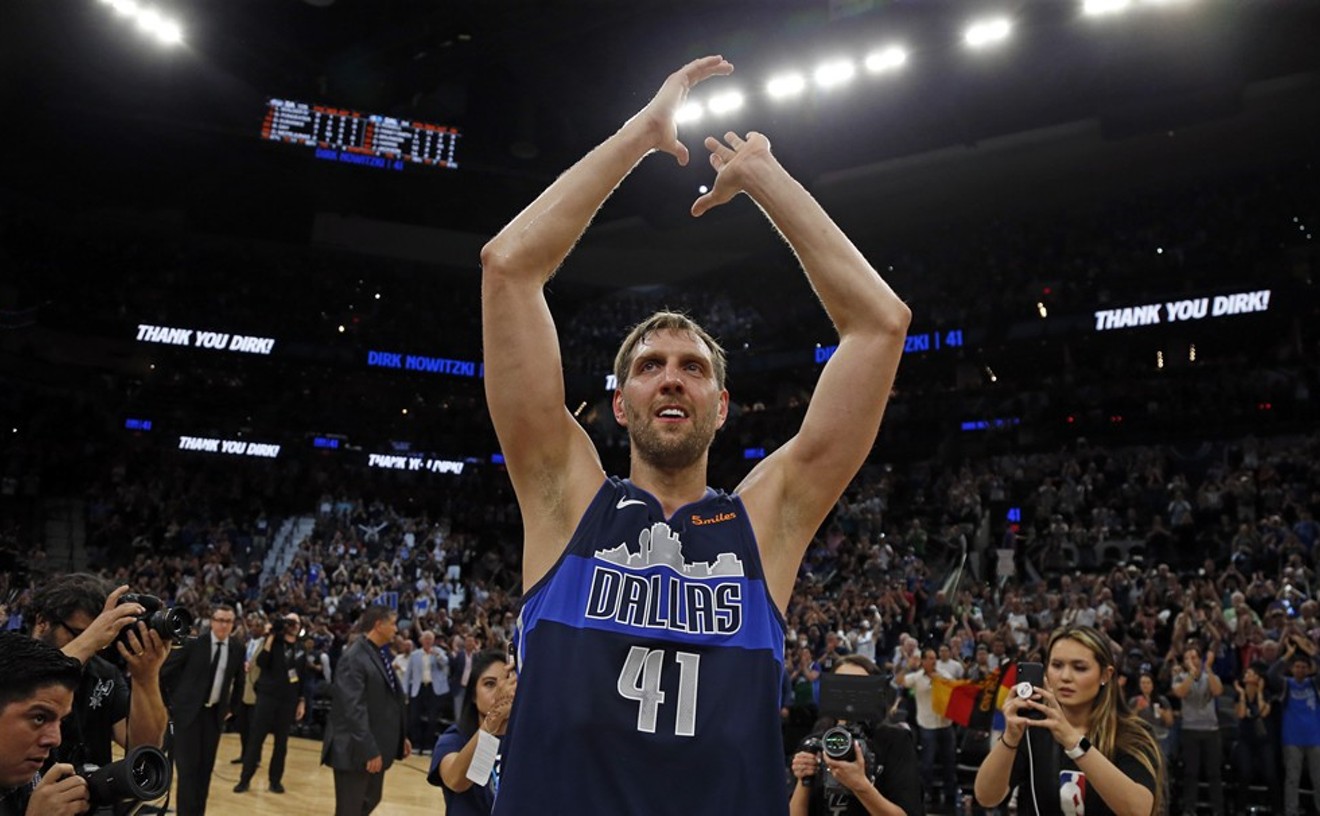 Dirk Nowitzki's Mavericks farewell was a long one. Every time the Mavs stopped in an NBA city for the last time during the 2018-19 season, fans lavished the big German with appreciation for his two-decade career in Dallas. Mavericks fans got to say their own goodbyes a few dozen times and turned every home game in which Nowitzki played into a celebration. Still, when the end came on April 9, no one was ready. Next season, for the first time since the 1997-'98 season, the Mavericks will have to find their way without the greatest player in franchise history.

Allen had a No. 1 national ranking and a 30-game winning streak heading into its December state semifinal against Duncanville. But Duncanville had quarterback Ja'Quinden Jackson. Jackson ran for three touchdowns, including a 92-yard scamper in the second quarter, and 174 yards. Jackson also passed for a touchdown. Duncanville didn't win the state championship — they lost the Class 6A Division I state final on a Hail Mary pass — but they put a big dent in Texas' biggest high school sports dynasty. 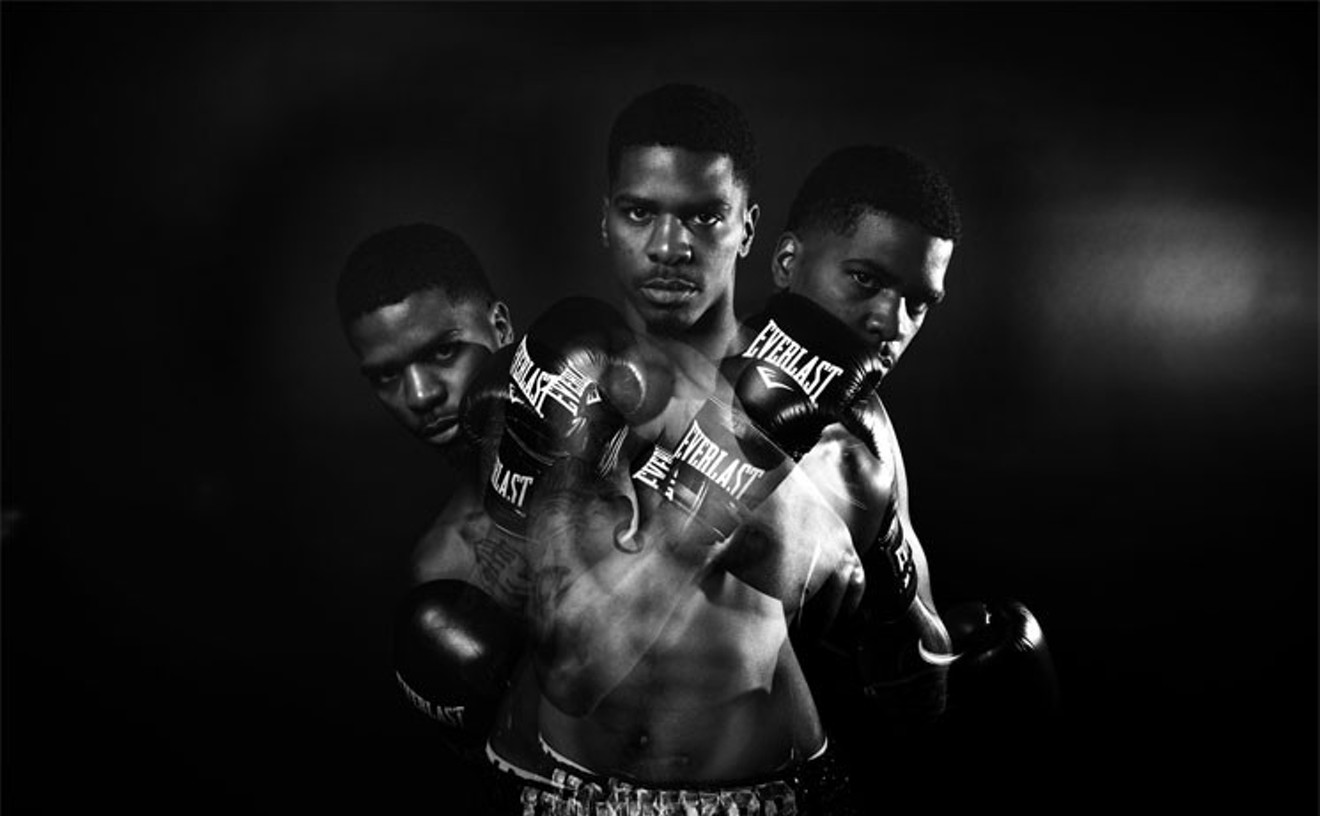 Maurice Hooker almost lost his WBO super lightweight world championship without stepping into the ring. Three times he stepped on the scale March 8, and all three times he weighed in at more than 140 pounds, the super lightweight limit. Given a fourth chance, Hooker finally made weight, more than two hours after his first attempt. The next day, clearly weakened by his weight-losing efforts, Hooker won a 12-round decision over the previously undefeated Mikkel LesPierre. While he'd eventually lose his title to Jose Ramirez in July, the guts Hooker showed in July won't be forgotten.

Best Use of a Marching Band 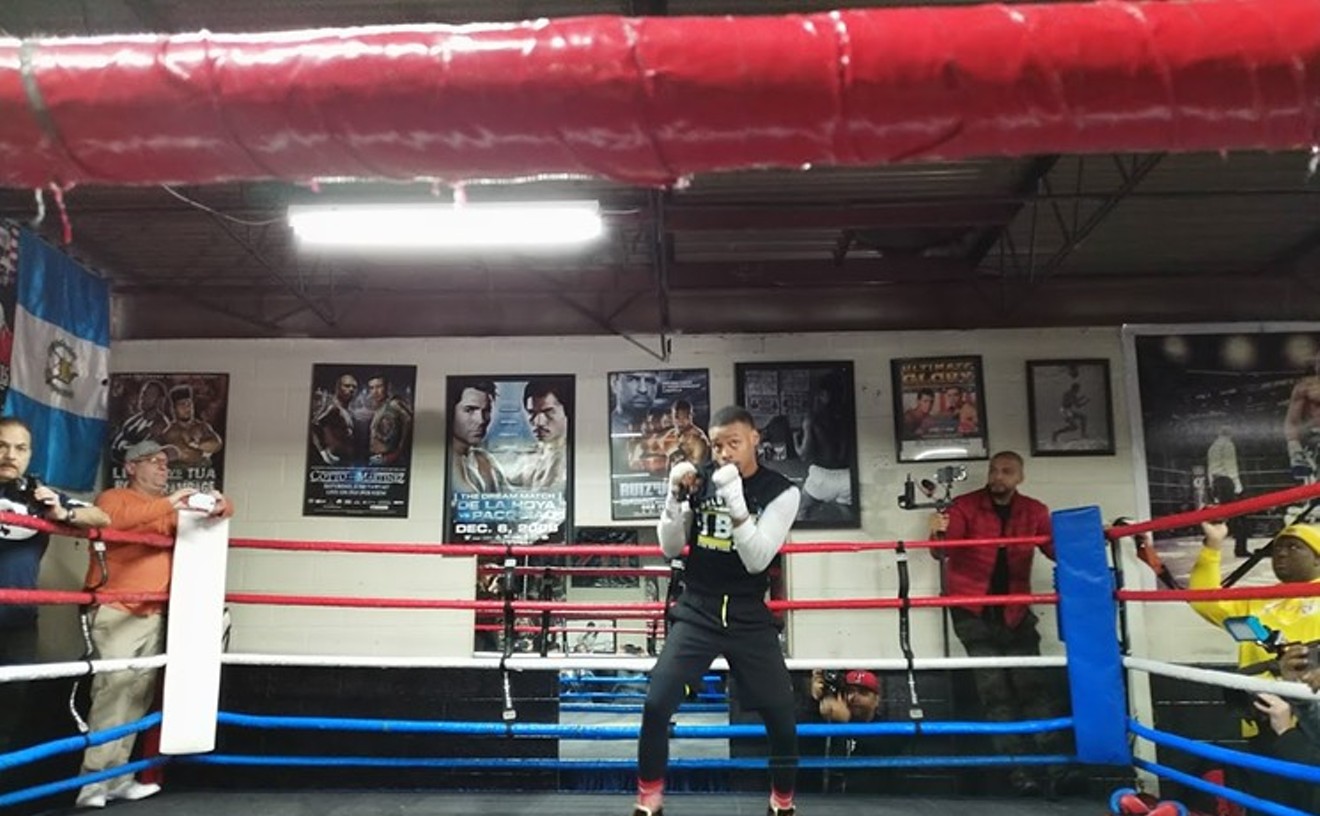 Faced with his first appearance on pay-per-view and more than 40,000 fans at AT&T Stadium, Errol Spence Jr., DeSoto's homegrown welterweight champ, needed to make a memorable entrance. The Lancaster High School marching band did the trick, leading Spence into the ring before his March 16 title fight with Mikey Garcia. Spence dominated the ring walks, and the subsequent bout, winning all 12 rounds against Garcia.

The Dallas Mavericks lost an icon in 2019. Dirk Nowitzki, the team's heart and soul for two decades, rode off into the sunset in May. Taking the sting out of the loss was Dallas' favorite Slovenian import, Luka Doncic. After being selected with the third pick of the 2018 draft, Doncic arrived in Dallas with sky-high expectations. He exceeded them in his rookie year, averaging 21 points, eight rebounds and six assists per game on the way to winning the NBA's Rookie of the Year award.

Though he turned 20 in July, Miro Heiskanen was the Stars' best defenseman as a teenager during the 2018-'19 season. He takes care of his defensive responsibilities and has a stylish offensive game. Along with Dak Prescott, Luka Doncic and Jordan Spieth, Heiskanen helps make up a bumper crop of young, talented athletes who should thrill Dallas fans for decades.

It came like a lightning strike. Nomar Mazara, hitting in the bottom of the first against the Chicago White Sox's Reynaldo Lopez on June 21, stepped up to the plate and launched a baseball into the stratosphere. Eventually, it came down, landing near the top of Globe Life Park's upper home run porch, 505 feet away. To date, it's the longest home run ever hit in the Rangers' soon-to-be-former stadium. The Rangers lost the game, but Mazara won the night.

For Stars goaltender Ben Bishop, St. Louis' Enterprise Center might as well have been the Alamo. For three periods and almost two overtimes on May 7, Bishop saved the Stars from themselves, stopping 52 shots and keeping the Blues, the better team that night, at bay. Six minutes into the second overtime period, Bishop cracked, giving up the series-winning goal to the Blues' Pat Maroon. Bishop's performance was the noblest of noble failures.

Mike Minor hadn't started a major league game in three seasons when the Rangers signed him leading up to the 2018 season. You'd never know from his performances during his first two seasons with the team. After a good 2018, Minor's been great in 2019, making the American League All-Star team and hanging around the league's leaders in ERA throughout the season. When Globe Life Field, the Rangers' new stadium, opens in 2020, it is likely to be Minor who throws the first pitch. 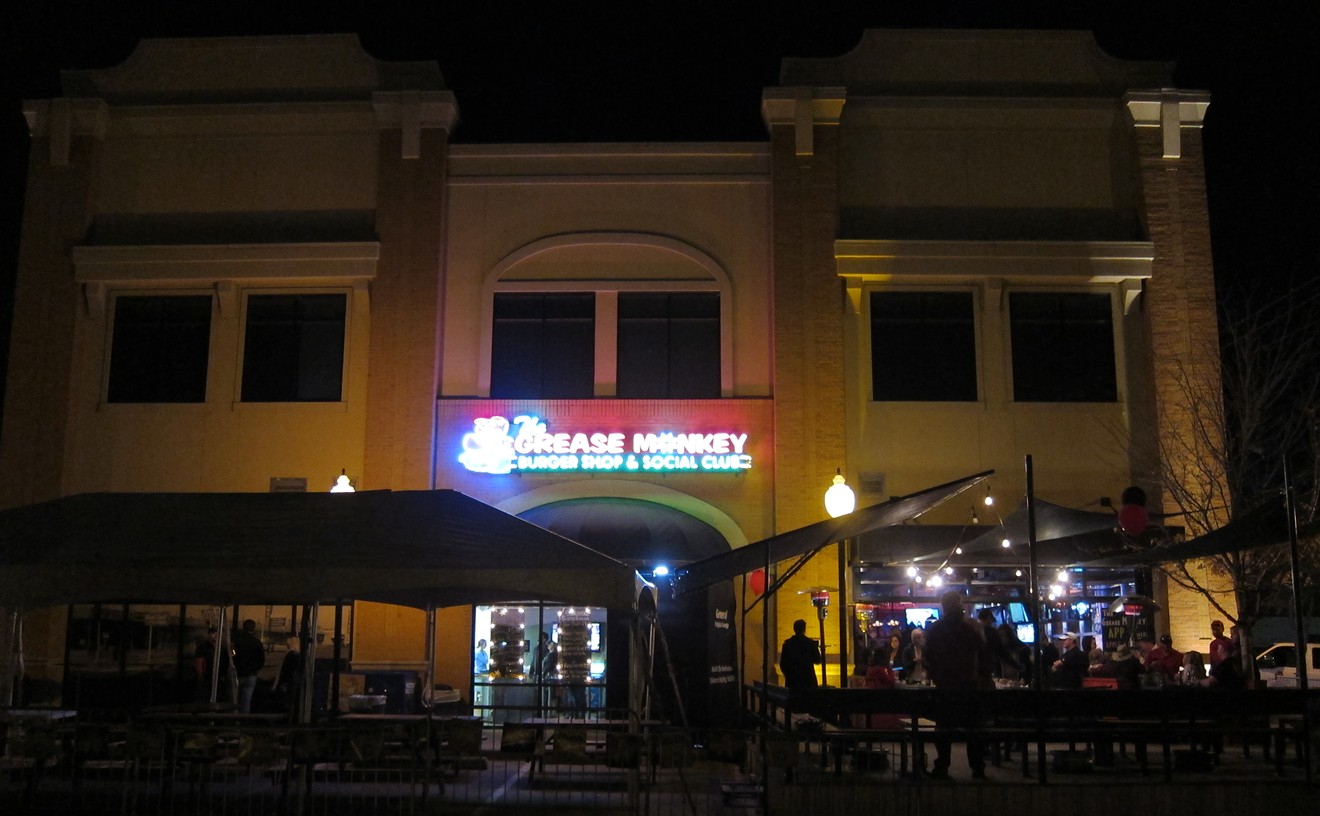 If you've been to a Cowboys or a Rangers game, you know what a nightmare parking can be. You have to fight traffic on the way to the stadium, find a place to park, pay through the nose and walk half a mile to the stadium, knowing you'll have to walk the same half a mile after the game and fight the same traffic to get out. Or you could stop by the Grease Monkey before the game for a burger and a beer and take their game-day shuttle. At $5 per passenger, you might even come out ahead. But even if you don't, you won't have to deal with the sea of stadium parking lots, which makes you a winner.